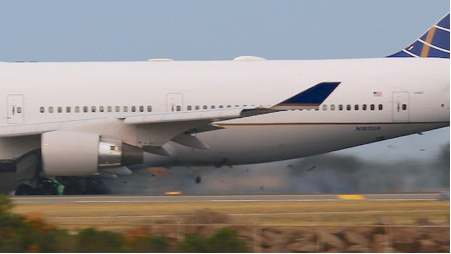 Sydney airport saw a substantial emergency on 20 October last year when a United Airlines Flight 840, a Boeing 747 747-400, was forced to dump fuel and land after blowing several tyres on take-off, causing major delays to other flights that day. The aircraft dumped fuel to reduce landing weight and landed one hour after take-off.