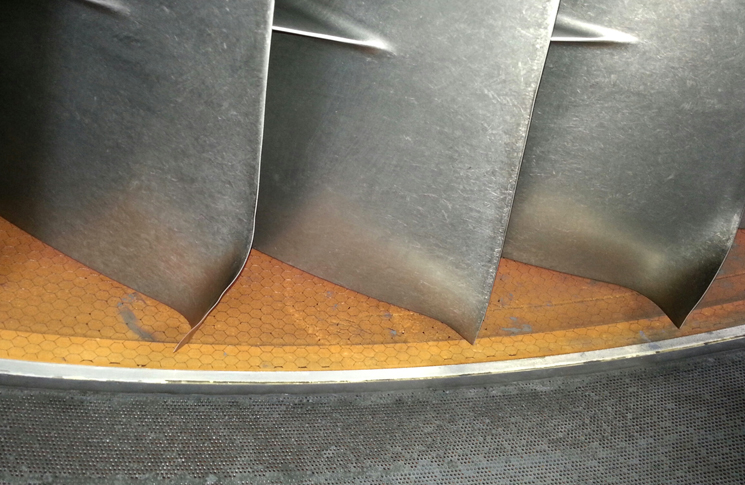 GE CF680C2 Turbine engine compressor fan blade damaged. SDR 510018159 (photo above)
No.1 engine flamed out on landing due to snow/ice on runway. No. 1 and No. 4 engines had several fan blades damaged beyond limits due to ice ingestion. No.1 engine thrust reverser deployed and jammed with ice. Minor damage to LH wing flaps.

GE CFM567B Turbine engine fumes. SDR 510018236
Fumes in cockpit during take-off. Engine ground runs carried out with no fumes present. Suspect fumes came from No. 2 engine which had been changed prior to flight.

PWA PW118A Engine fuel flow indicator suspected illegal modification. SDR 510018129
A sticker over the original part number said that the indicator had been modified to read KG/H (kilograms/hour) instead of the correct PPH (pounds/hour). An unapproved dial face had also been fitted over the correct face, with no documentation to support the changes. P/No: 946441.