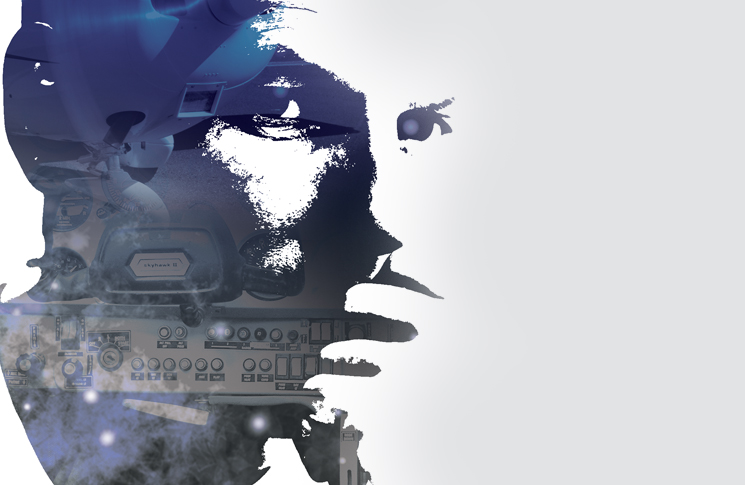 A bemused pilot ponders domestic life, aviation and their interaction

I was 40 years old before I could achieve a long-time ambition to fly. Over the next 20 years as a PPL holder I managed a few hundred hours on Cessnas and Pipers, gaining a night VMC rating and a formation flying endorsement. Now nearing 80 years old, and no longer flying, I can only look back on my excellent formal training and on the informal advice from more experienced pilots that enabled me to do this without even scratching an aircraft or scaring a passenger.

You can learn a lot about safety by listening to hangar talk. What do you do on a ‘touch and go’ when the full flaps refuse to retract and the end of the short strip is fast approaching? Recycle the flap settings – that sometimes works. It did for me. What happens on a cold starry night at 5,000 feet, miles from anywhere, when the previously smoothly purring single engine begins to cough and splutter? Apply full carby heat and hope any ice is melted quickly. Again, that worked for me. Acting as check pilot during club competitions in a venerable Cessna 150, what is the correct protocol when the ex-RAAF PIC with thousands of hours on the most sophisticated aircraft, but few on the Cessna, is about to ‘go round’ with full flap extended? Say ‘flaps’ very firmly and audibly. And we cleared the trees bordering the country strip with room to spare.

Sometimes, however, a problem arises which you have not heard discussed. One occurred when as a student I was completing my final five-hour navigation exercise to gain an unrestricted licence.

The instructor arrived at the field late, but I had prepared well in advance and we took off soon after.

Three incidents occurred during the flight, none of which I really understood until several days later.

I had planned for BO50 but my instructor told me to climb to 9500 feet, saying he would do the necessary communication with ATC. I was happy to ‘aviate’ and’ navigate’, leaving the ‘communicate’ part to him. Soon after reaching the new level I heard a mildly reprimanding ATC on the radio telling us that we were on the incorrect frequency, and should change to the one he was giving us. Embarrassing, but not really my problem. I thought the instructor was using the incident to impress upon me the importance of correct communication. He definitely succeeded.

Arriving over a country airport where a landing was planned I was meticulous in letting down to circuit height on the ‘dead’ side, and accurately flying the crosswind and downwind legs. I was really anxious to impress this instructor. Imagine my horror when on turning base to finals I was asked, ‘do you intend to land downwind?’ The windsock clearly showed I was landing into wind. I pointed out this fact to the instructor who then agreed with me and we landed uneventfully. Once again I assumed this was part of the test I was undergoing to become an unrestricted pilot.

Fuel checks on the ground showed we had sufficient fuel for the flight home. Back in the air I was given an unexpected diversion to an unknown locality. I thought I handled the diversion well. Just 15 minutes out from home base I was feeling comfortable with my day’s performance. True, the instructor had not said much on the flight but we were not there to chat; my job was to convince him that I flew well enough for my licence restriction to be lifted. Suddenly with no warning the engine stopped. From the startled look on the instructor’s face I knew this was no test.

It was the only time before or since that I have had an engine quit on me in flight. The silence is awesome. In less time than it takes to tell, I recognised the cause of the engine failure and fixed the problem by reaching down and changing fuel selection from left to right tank on the console of the Cessna 172. The engine immediately started. I had run the left tank dry.

Before that day I had always flown with fuel selection on both, ignoring the left/right switches. On this flight the instructor overrode my choice, saying that tanks should be alternated each 30 minutes for a more balanced flight. He took it upon himself to make the change, doing so several times – and with no real choice I was not going to argue with him. But somehow in the final stages of this flight he forgot to make the switch. The left tank was exhausted. No harm was done, as the other tank held adequate fuel. I completed the day’s exercise successfully.

A few days later I found out why my instructor, normally really sharp with his instruction, had been so far off his game as to make three errors with a student, one of which (at least) could have been serious and all of which were embarrassing and unnecessary.

That morning, before he set off for the training aerodrome, he and wife had argued seriously enough for the D-word to be used. He had spent the day in a highly emotional state of mind. Sitting beside me for five hours with little to do but chew over his worries he became even more preoccupied with his domestic problems and less aware of what he was doing.

The safety lesson I learned that day has not been forgotten. Flying demands total concentration. Emotional worries and personal concerns must not be taken into the air. And, most definitely, there must be no fight with the wife before flight.