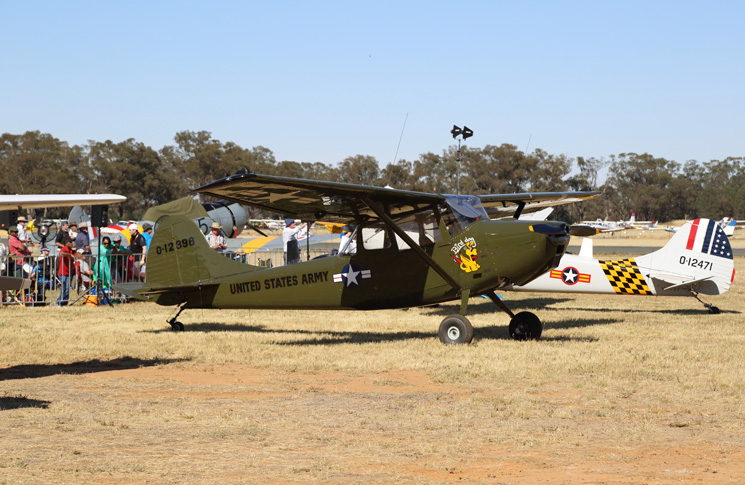 Distraction by a fellow pilot’s skills caused this embarrassed aviator to review his limitations.

The Cessna 305, or Bird Dog, made its debut overhead the jungles during the Vietnam War. I was excited to be flying this aircraft for my first paid flying job. Boy was I rapt!

Inspections of power lines and the vegetation surrounding them were made from a few hundred feet above ground level. Early morning flying was magnificent, with slivers of orange sunlight peeping over the horizon and the pristine crisp autumn air of outback NSW. Inspecting powerlines has to be one of the most challenging, demanding and exciting jobs around.

Tailwheel Cessnas that have not been ground looped are rare in Australia, so my chief pilot made sure I had a thorough checkout in the machine so as not to add to the statistics.

The start of my first day went well. With the first two sorties going to plan, and after four hours of flying, I was feeling a little less tense. After a bite to eat, it was time to head back to base. I went to top up the oil as the old Continental engine was a little thirsty. Opening the cowls, I removed the locking pin on the oil filler cap and started to pour in a litre of oil. Just at that moment a glider commenced a winch launch close by, and climbed out in front of me at an impressive angle. ‘Wow, that looks cool’, I thought as I finished topping up the oil and then closed and fastened the cowls, with their locking pins facing rearwards.

Start up; the usual company pre-take-off checks were completed without any abnormal readings, a thumbs up from my observer in the back and smoothly and gently, I applied full power, my feet finely see-sawing the rudder pedals to make a good quality take-off for a budding amateur. Departure track was 175 degrees and cruising altitude was 1500 feet. I smoothly rolled left onto departure heading while passing over the rural township.

Unknown to me were the droplets of black oil tracing my departure from the parking bay. After ten more minutes of spraying oil droplets across the countryside, my oil pressure gauge thought it was time to let me know what was happening by dropping into the red. I quickly glanced to the side of it, but the oil temperature was only slightly higher than normal.

Then I craned my head against the Perspex window, and my heart sank.

Slick glistening black oil covered the left wheel and strut. (During my initial checkout I has been told that in the unlikely event of the oil filler cap being left off, the C305 would not siphon the oil onto the windscreen like most Cessnas, but would deposit it outside the cowls onto the fuselage and left gear leg.)

What an idiot! I had left the oil cap off the engine after topping up. My immediate thoughts were: Where shall I land? How long have I been flying? How long do I have before my engine stops? I will lose my job! What is my rear observer going to think?

Automatically, I reduced power to not much more than idle, and chose a slightly upward sloping sheep paddock among the gentle rolling hills to put the Bird Dog down. After landing, the sheep quickly gathered at an inquisitive distance to see this red and white oily-looking machine, with a very red-faced pilot to match. I quickly topped up the oil with the four-litre bottle in the rear of the aircraft kept (obviously) for the occasion. After checking that everything was back in place and oil cap on, I took off and flew back to base. The remainder of the trip was flown in silence. The boss was definitely not impressed, but thankfully did not fire me.

Some reflections on my flying that day:

This incident was one of the best things to happen to me in aviation. It highlighted several things, as well as lowering my pride a notch or two. Since that day I have made a habit of doing a thorough inspection of my aircraft before I take to the air. Twelve years later, after flying over foreign countries, unhospitable deserts, oceans and dense jungles, I am thankful for the lessons learnt over the sheep paddock that day.

Leave a Reply to They are already suffering a greater punishment than any of us could administer with judgement. | wisefaq.com Cancel reply