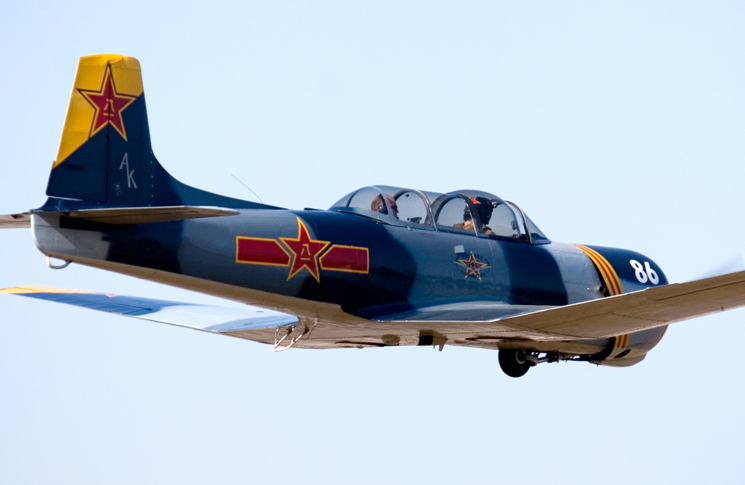 Many years ago I was over the moon to be offered casual weekend work flying joy flights in an aerobatic, radial-engine warbird. I had just moved into a new management role with a large operator but I missed the line flying. I was really looking forward to being paid to roar about and turn upside down – a complete contrast to my previous flying role.

It had been many years since I had used my aerobatic endorsement and I had never flown this type of aircraft before, but a check flight with the chief pilot quickly quelled any reservations. My aerobatics were surprisingly tidy. The aircraft was designed as a training aircraft for communist-bloc pilots and was a delight to fly. The fun of rediscovering my aerobatic skills reminded me why I had pursued a career as a pilot.

I was rostered to take over from the other pilot at lunchtime the very next day, with three joy flights to conduct in the afternoon. Each flight followed a similar profile; a short transit to the training area before flying a basic aerobatic sequence consisting of loops, slow rolls, barrel rolls and stall turns. I did feel a little uncomfortable with my lack of familiarity with the aircraft. As a full-time pilot I had logged many hours flying one type and was used to knowing my aircraft and its systems inside out. However, I knew that if I took things slowly and regularly referred to the checklist I would be OK. The pneumatic air system and metric gauges were unfamiliar to me at first but the simplicity of the aircraft meant that I was soon able to dispense with the checklist.

The pilot I was taking over from told me that he had refuelled the aircraft so I should have enough fuel to finish the day without needing to refuel again. The endurance was specified as just under two hours. Take-off to landing was almost exactly 20 minutes plus taxi time, so I calculated that my three flights would leave me with sufficient reserves. The fuel gauges, like most in this category of aircraft, were virtually useless.

It was a beautiful day for flying; clear and cold. The first two passengers left the hangar with ear-to-ear grins and empty sick bags. The final flight ended with the sun low in the sky and we were treated to a beautiful orange and pink sunset as we pitched into the circuit with the canopy cracked open to let the bracing slipstream wash over us. After taxiing back the long way to let a large multi-engine aircraft depart, we shut down in front of the hangar as the customer’s husband and young children filmed from the tarmac. It was the passenger’s birthday and her husband had bought the flight for his wife as a present. I helped her out of the cockpit, another satisfied customer, and congratulated myself on a job well done. I was proud of my flying and pleased that my efforts to make sure the passengers enjoyed their flights had paid off. The only downside was that I had not had any break between flights. As each passenger unstrapped, I barely had enough time to do a quick walk around before greeting the next passenger and beginning the process again.

I spend half an hour cleaning oil off of the cowl and fuselage whilst admiring the robust profile of the old warbird. Just before pushing the aircraft inside the hangar for the night, I ordered fuel so that the oncoming pilot would not need to refuel before the next flight. I knew the refueller quite well and we chatted amiably as he set about filling the tanks. As he completed the paperwork, he made some comment about thinking the tanks were smaller than they were. I thought nothing of it at the time but after I pushed the aircraft into the hangar, his comment began to bother me. I checked the docket and saw that he had pumped about 120 litres into the aircraft. I felt myself go white as I realised that I had used every drop of the usable fuel! It was sheer dumb luck that had allowed me to taxi back to the hangar without the engine failing due to fuel starvation. I was even more horrified when I recalled my track back to the aerodrome – over a large cold lake. I was horrified.

As a professional pilot I had never even come close to running out of fuel – that was the domain of cowboy operators and low-timers wasn’t it?

How could I have been stupid enough to put my passengers and myself in that situation?

On reflection, I identified a number of errors that contributed to my very narrow escape. I realised that I had failed to lean the mixture after take-off and consequently my fuel burn was much higher than predicted. If I had been more familiar with the aircraft I could have been cued by the sight of the mixture lever being in an abnormal position during the transit to and from the training area. Dispensing with the checklist was irresponsible, particularly as I was apprehensive about my lack of experience with the aircraft type. Furthermore, I had not visually confirmed the fuel level prior to accepting the aircraft from the other pilot, or even once during the afternoon – a schoolboy error. Did the other pilot say he had refuelled before, or after, his last morning flight? His casual assurance that I would have enough fuel for the rest of the flights would have been of little comfort to us as we ditched on our return to the airport. Just a simple glance inside the tanks between flights would have been enough to recognise the need for more fuel, but I had allowed time pressures to distract me from the most basic safety and airmanship checks.

The primary factor though was my complacency. I had convinced myself that flying a relatively simple aircraft on joy flights would be an easy task and I failed to take the appropriate amount of care. The memory of the happy family welcoming their mother after her birthday flight and the thought that I had nearly brought about her demise haunted me for weeks, but it was all that I needed to remind me that complacency is a potential killer.