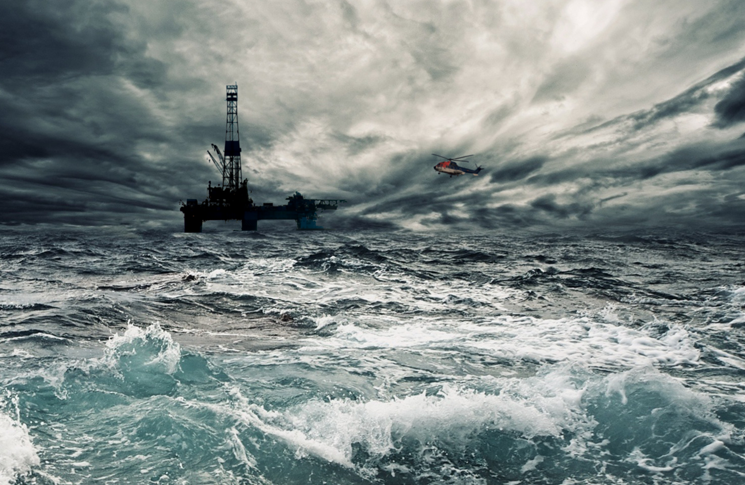 An offshore helicopter crash last northern summer illustrates how quickly helicopters of any size can fly into a deadly aerodynamic trap.

Offshore helicopter operations are among the most difficult in commercial aviation. The business of flying people and supplies to oil and gas production platforms takes place at relatively low altitude, often in very inclement weather, in remote locations, under time and commercial pressures, using aircraft that are both complex and subject to single-point catastrophic failures. Add to this the precision and skill required to land, time after time, on compact helipads. It seems almost unfair that, in addition, offshore flying is subject to the same stresses and failure modes that affect any other type of aviation.

At 1817 local time on 23 August 2013, an AS332 L2 Super Puma helicopter crashed into the sea during its approach to Sumburgh Airport in the Shetland Islands, north-west of Scotland. Four of the eighteen on board were killed.

The flight was the third leg of a four-leg rotation out of Aberdeen Airport, and was flying workers from a drilling platform to Aberdeen. As it flew towards Sumburgh, their refuelling stop, the aircraft skirted the Norwegian Sea, once feared by ancient mariners for its maelstroms, terrifying vortexes that were said to be capable of swallowing ships. The aircraft commander was the pilot flying. It was an uneventful flight, except for a problem with the collective pitch trim release switch, which did not significantly affect the conduct of the flight. The irritant seemed to have been resolved by the time the aircraft began its approach, after both pilots worked the switch on their respective collective pitch controls. In a special bulletin on the crash, the UK Air Accident Investigation Branch (AAIB) said this problem did not occur during the approach phase.

Shortly before 1800 local time, after receiving a forecast of 2800m visibility, mist, few clouds at 200 feet and broken cloud at 300 feet, the pilot briefed for a non-precision approach to Sumburgh’s runway 09. Non-precision means there is no glideslope and the crew must monitor and manage altitude until touchdown. Minimum descent altitude (MDA) was set for 300 feet, with automated voice callouts to advise of it and its approach.

Air traffic control vectored the aircraft north of the airport and it intercepted the localiser at 1814. Soon after, the pilot began the descent by selecting vertical speed mode and dialling in a descent of 500 feet per minute on the autopilot. Three cross-checks at 5 nm, 4 nm and 3 nm confirmed the descent profile was correct.

From the AAIB’s interim report

At 3 nm the airspeed was 110 kt and reducing. At approximately 2.3 nm, the commander noted that the airspeed was 80 kt and increased the collective pitch, intending to maintain this speed. However, the helicopter’s airspeed reduced below 80 kt and continued to reduce, unobserved by the crew.

The helicopter’s pitch attitude started to increase slowly as the autopilot maintained the selected vertical speed, whilst the airspeed continued to decrease.

Shortly thereafter, there was a second automated audio call of ‘CHECK HEIGHT’, followed by a ‘100 FEET’ automated call two seconds before impact with the surface of the sea. Engine torque was now at 115 per cent and the descent rate was approximately 1,800 feet per minute.’

The commander saw the sea, but was unable to stop the helicopter hitting it. The co-pilot also realised the helicopter was about to enter the water, and armed the flotation system.

The investigation, although unable to calculate the exact rate of descent at impact concluded that it was survivable. However, after striking the surface the helicopter rapidly inverted, as helicopters with their roof-mounted engines and transmissions are wont to do. The flotation equipment kept it from sinking.

Within days it became apparent that the crash was not caused by a catastrophic failure, as had happened to other AS332s operating in the North Sea. Instead a well-known trap had closed on an experienced crew that was using disciplined and standardised procedures.

Initial analysis also showed that the combination of the nose-high attitude, low airspeed, high rate of descent and high power placed the helicopter in a vortex-ring state (VRS) entry condition during the final stages of the flight. The manufacturer’s modelling indicated that in this condition the reduced helicopter performance, together with the limited height available, meant that the impact with the sea was unavoidable.

Three of the dead perished in the helicopter’s cabin; another passenger died despite having made it into one of the two life rafts launched from the helicopter. Five survivors were plucked from the sea.

As this story was being written the official file was yet to be closed on this crash. Several questions remain. How did this happen to an experienced crew, flying for an organisation with acknowledged high operational standards? What role did automation play in the crash? And why were some passengers able to escape and others not? It seems the aircraft was brought down by a relatively simple vortex ring state, but the accident circumstances were a greater vortex, a combination of large and small currents that swirled together, briefly, terribly, like a maelstrom.

Vortex ring state is an effective destroyer of helicopters because it is both quick to develop and difficult to recognise in its early stages. All helicopters are susceptible, and it can occur at any height out-of-ground effect. The best, indeed only, protection is for pilots to understand how the condition develops and be perpetually suspicious of it.

A vortex ring state is possible when the rate of descent of a helicopter is greater than half the downward air speed induced by the rotor. It results in airflow produced by the inner blade sections changing from downwards, relative to the rotor disc, to upwards.

The vortex ring takes its name from the boundary along the rotor disc at which the upward motion of the inner blade sections meets the normal downward motion of the outer blade sections. As can easily be imagined, this produces severe local turbulence. Under some conditions the vortex ring moves outwards along the blade span until almost no lift remains.

For vortex ring state to occur, the relative airspeed at the main rotor must be low. As airspeed indicators are often inaccurate at low speed, pilots cannot rely on them to warn of vortex ring.

In short, a helicopter has to be doing three things at once to be vulnerable to vortex ring state. These are:

The warning signs of incipient vortex ring are vibration and buffet in the controls, small twitches in pitch, and longitudinal, lateral and directional instability. However, its speedy development means that these signs are transient. Often, survivors report that the only signal was an abrupt transition into rapid descent, accompanied by reduced control effectiveness. Descent rates of more than 2500 feet per minute can occur. That is 25 kt, or 45 km/h, straight down.

Recovery from both incipient and established vortex ring states involves one major action: pushing the cyclic forward. In established vortex ring states this leads to a steep nose-down pitch. Doing this close to the ground or water is a frightening and counterintuitive manoeuvre, particularly as cyclic effectiveness is lessened. But the cyclic must be held forward to get the helicopter accelerating. At the same time the pilot must lower the collective-and keep it down-until the helicopter is out of the vortex ring state. Close to the ground or water, where most vortex ring state incidents occur, there is often not enough time or height to pull off this recovery.