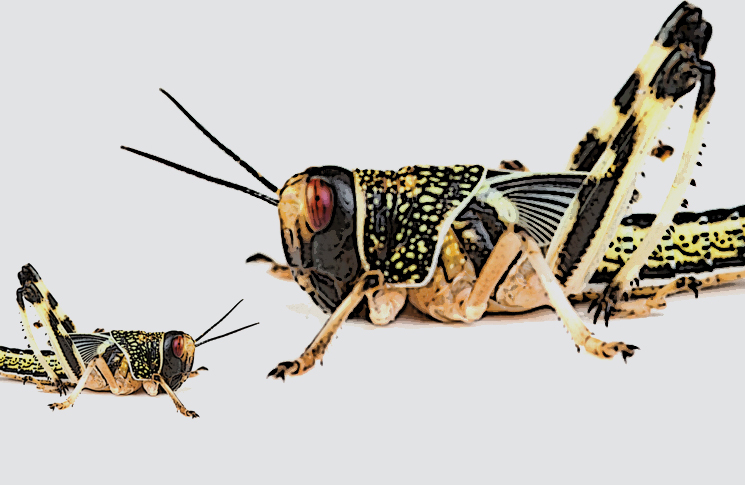 There are some situations in flying that really energise your thinking. Think of engine failure. Think of weather conditions deteriorating below minimums. And, as I recently discovered, the smell of something burning just moments after take-off.

The morning’s solo flight from Griffith to my home base in Canberra promised to be routine. The met briefing was for a light westerly tailwind and a mid-level cloud base well above the LSALT. No worries there.

There was a local NOTAM `Bird hazard exists due to locust plague’. ‘OK’, I thought, ‘I need to look out for the birds’.

As I walked out to the Arrow, a local ag pilot drove up. He was getting ready for a day of spraying as the farmers had been taking a hammering from the swarming insects.

‘What’s it like flying around the locusts?’ I asked.

‘Need to stay above the big swarms,’ he advised, ‘but keep an eye on the oil temp, as the little buggers can plug up your oil cooler.’ Good bit of local knowledge, I thought.

With the flight plan in the system and pre-flight completed, it was time to fly. At the holding point, I went through my checklist. An instructor once told me that a checklist is always a work in progress. Mine has grown from the original (BUMFISH) to a current two-page incarnation that would make a NASA mission controller proud.

The section on engine failure on take-off I usually recite out loud:

So far, no passengers have asked to deplane after my monologue, but it has raised a few eyebrows.

With the checklist complete, it was time to taxi out. There was the occasional locust on the runway, but what could the odd insect do to an aircraft, I asked myself.

A lot, as I was about to find out.

The ground roll was routine. A quick instrument check as the plane accelerated showed all was normal. Rotate at 60kt, gear up and trim for 90kt – so far so good. Passing through 300ft AGL, I noticed a burning smell. Slight at first, but rapidly becoming more intense.

My first reaction was disbelief. (Others would later call this my moment of denial.) Then the adrenalin kicked in. The plane was flying OK, but obviously I had a problem. Most likely a fire, but where?

Should I do an immediate landing straight ahead (as per my engine failure rehearsal)? It has been drilled into all of us never to turn back if there is an engine failure. But the instrument readings were all normal. The engine sounded okay and felt strong.

Would a better option be an immediate turn back to the aerodrome and a precautionary landing? A precautionary landing that would require an unrehearsed low-level circuit at an unfamiliar aerodrome. What if the engine stopped on the way back? Would the extra minute or two in the air create a truly flaming Arrow? Obstacles? Traffic? My focus was starting to narrow…

It was time to stop dithering and start doing.

A rapid return to the aerodrome and a precautionary landing seemed the best option.

During my last flight review, Ben, my examiner, had gone through a new CASA learning module that reviewed the effect of distractions on aviation safety. Plenty to distract me here, I thought.

‘Just fly the plane.’ my inner voices kept reminding me. ‘And remember to get the gear down.’

Well, that was your culprit.

A locust. They don’t smell real flash when they are cooking.’

Time to phone a friend. A quick call to Melbourne Centre to advise them of the change of plan. The controller’s response was brief.

‘What’s the nature of your problem?’

‘Copy,’ he replied, ‘Report operations normal in five minutes. Out.’

What followed was a very tight circuit, a normal (wheels down) landing, an Ops Normal call to Centre … and then a few extremely deep breaths.

Going over the aircraft revealed nothing out of the ordinary – no oil or fuel leaks, no visible smoke or scorch marks around the engine. It was time to call Rob, my LAME.

He directed me to the cabin air intake on the engine cowling, where ram air is directed over the exhaust system.

‘Can you see a bit of soot on the exhaust manifold? About 2cm long?’ he asked.

‘Well, that was your culprit. A locust. They don’t smell real flash when they are cooking.’ (Rob’s a country boy.)

The flight back to Canberra was far less eventful.

Thinking back, I realised that while I had rehearsed for a complete engine failure after take-off, I had no mental script for the possibility of a return and precautionary landing. The issues of circuit direction, local obstacles, built-up areas, conflicting traffic and a compressed time for landing checks could all have been reviewed on the ground beforehand.

I also understood the hidden benefit of notifying Centre when things are not going well. Obviously there was little that the controller could do for me in the cockpit. But a few calm words and knowing that ‘The System’ was swinging into action was hugely reassuring. Sometimes that is all that is needed to prevent a difficult situation becoming something worse.

I now know that a 30gm insect can compromise the safety of a 1200kg aircraft, and I am also pretty certain that locusts will not be featuring on a Master Chef menu any time soon.