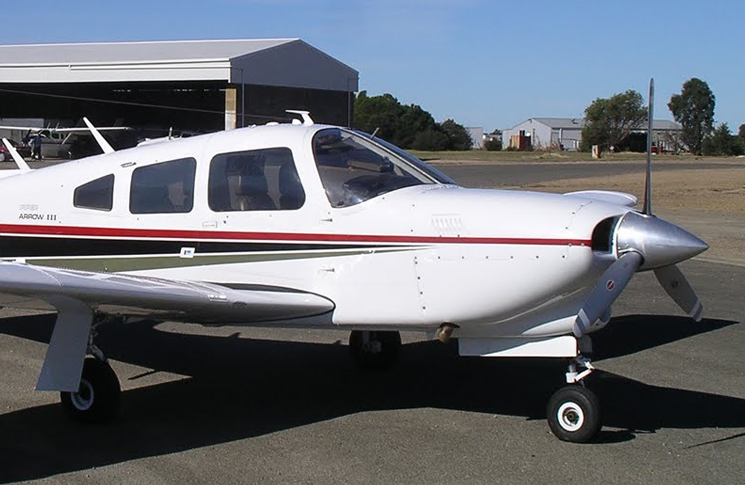 As a financial markets professional who has been involved in the foreign exchange market for over a quarter of a century one of the most enduring lessons I have learnt is an old adage that has served me well – ‘plan the trade and trade the plan’.

Finance was not always my career goal. As a schoolboy in Townsville, Queensland, I frequently looked out of the classroom window to watch a Mirage or Neptune heading in to land at Garbutt airbase. My heart was set on a career as a pilot in the air force. Of course, very few people can achieve that dream, and mine was cut short when I discovered at the air force medical that I shared an impairment with many other men, colour deficiency. Over the years it has been graded as moderate to severe, seemingly dependent on what test was being given, and who was interpreting the results.

Naturally, it was hard to accept that something so totally outside my control had ended my dream.

I have often been asked why I didn’t pursue a career in commercial aviation, but at the time, colour deficiency was a major barrier to advancement in the industry.

As the years passed, I decided that it was time to revisit my goal of flying aircraft and headed to Bankstown to undertake my private pilot’s licence course. I achieved this in 1994, and bought a Piper Arrow 111, a retractable, constant-speed aircraft, in which my partner Janet and I could tour the country.

Being a methodical planner and risk manager, I relished the task of planning trips – many of which didn’t even come to pass because of my overly conservative approach to considerations such as weather. A number of people, both within and outside the flying fraternity, congratulated me on my approach but, unfortunately, along with this seemingly desirable trait came a dangerous flaw, with the potential for deadly consequences.

In 1996, I planned a flight from Bankstown to Essendon to visit family members who had just given birth to their first child. The planning had been done and the VFR route I was taking was west from Bankstown over the Blue Mountains via Katoomba, Wagga, Albury, Eildon Weir, and on into Essendon. I reviewed it numerous times and programmed the route into a newly purchased GPS.

Saturday morning arrived and I was looking forward to the three-and-a-half hour flight. The weather was to be fine to Wagga, with some showers developing along the ranges to the south of Albury.

I settled into the flight over the Blue Mountains and was on track according to my maps, and confirmed by the GPS, and the weather was as forecast and expected for this stage of the flight. After passing Wagga and setting course for Albury I made the required radio calls for clearance through the Albury control area. The clearance came with a word of caution from the controller that there were showers on the western side of the ranges and I would most likely encounter these along my route. Would I like to consider diverting via Wangaratta?

I took the time to process this suggestion. The weather ahead still looked okay, despite what I was being told, and I would always have the option to backtrack or divert, should conditions become unacceptable for VFR flight. Of course, what was happening was diametrically opposed to the ‘plan the trade, and trade the plan’ lesson learned all those years ago.

I had planned this flight immaculately; it was in my GPS; it would be a hassle to change, and besides, sticking with a well-thought-out plan had always served me well. This might have been a reasonable course of action if experience had been on my side, and I also had the capacity not only to realise when the flight along the planned route was no longer acceptable, but to act immediately in response.

I informed the controller I would be continuing as planned. He posed the question one more time – would I like to divert via Wangaratta, where the weather was fine?

The flight proceeded towards Eildon Weir, but the cloud base was lowering, and so was I, and I did look behind me frequently to ensure I had an out should it be required.

Of course that option closed about the time the weather deteriorated and, not surprisingly, in the hilly region closer to Mansfield. My concern elevated quickly, realising I was now possibly confronted with a precautionary landing, which was not without its risks, although I was already looking fervently out of the window for a place to make one. But even at this point, I don’t believe I was fully committed to this action. The second flaw was now kicking in – failure to act. Seemingly, I was delaying taking any action in the hope that luck would be on my side.

I contacted Melbourne arrival, who might even have been monitoring developments, and was given clearance to track towards Essendon. The weather had improved slightly and as I tracked west it cleared into a fine day, reinforcing that had I tracked via Wangaratta the flight would have been much safer.

I have frequently reviewed this flight as a defining moment on many levels. It encouraged me to obtain an instrument rating, so I could better recognise marginal VFR conditions and have a safety valve for dealing with them.

Probably more importantly, it demonstrated to me that I was far too inflexible once I had planned something. It might have saved my employers and me a considerable amount of money over the years, a product of ‘planning the trade, and trading the plan’, but this inflexibility has no place in the cockpit and it could have cost me my life that day.

Over the years I have read many accident reports – loss of control in cloud, VFR flight into marginal conditions, failure to act despite recognising that action is required – it is all there, but I never thought it would be referring to me.