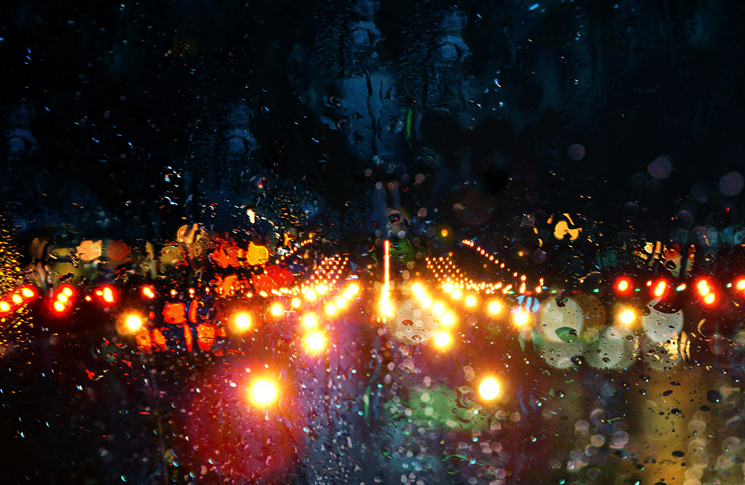 After an aircraft stabilises on finals on the approach, what are the chances of it discontinuing the approach? Usually—very remote. For various reasons, when sequencing between aircraft falls below the minimum separation, it is air traffic control that directs a plane to discontinue the approach. This go-around, or missed approach, is really nothing to worry about. It does not at imply at all that you’re close to hitting another plane. Air traffic controllers have been known to say jokingly, ‘We were about to direct the aircraft to land, but another plane got in the way, so we had to manoeuvre over the top of it!’

A missed approach is sometimes a direct result of irregular sequencing. Pilot-initiated go-arounds can be due to aircraft technical malfunctions emerging late on finals that pose a threat to a safe landing, or unstabilised approaches resulting from wind shear or other weather-related influences. Go-arounds in close proximity to the runway can be considered to be aborted landings.

I have had quite a few of these missed approaches in my career but one really stands out. It came as a total surprise, without any visual reference, and very close to the ground.

I was flying a Boeing 707 passenger flight from Kuala Lumpur to the old Jakarta Halim International airport, during the fledgling stage of my career. I like to think that I was a disciplined first officer then, in the right-hand seat of a plane that was soon to be superseded by newer types.

The flight began and continued routinely until the approach into the old Jakarta airport. All systems were ‘go’. The tower had already cleared us for an instrument landing system approach and landing, gear and flaps were configured and the landing checklist was completed. Earlier, the voice ATIS (automatic terminal information service) had advised us of some thunderstorm activity and showers in the vicinity of the airport.

It was a pitch dark night, close to midnight local time. The captain was the flying pilot and I was pilot monitoring, a term introduced in distinction from the old term ‘pilot not flying’ (PNF).

As a non-flying pilot, my duties were monitoring the management of the flight. One of the most important aspects of this role is cross checking the actions and/or inactions of the pilot flying.

The wipers were commanded ‘on’ as requested by the captain and I could see the runway edge and approach lights reasonably well through the windshields, in between the swipes of the wiper blades. We were flying through some light continuous drizzle. At 200 feet height above threshold, the captain had clearly announced his intention to make the landing as he had visual contact with the runway. He had already disengaged the autopilot and was on manual flight. I had flown with him before and had great admiration for him as a pilot. He was doing well on this approach, on glide path and lined up with the runway.

Just about at flare height (around 50 feet), when it looked as if we were about to land, we were thrust into a close-call scenario. There was a sudden heavy downpour of rain. It felt as though someone out there had thrown buckets of water at our four front windscreens. The downpour was so heavy that the wipers seemed useless. We both totally lost total visual reference at this crucial phase of landing. The captain instantly reacted by advancing the four thrust levers. I was totally taken by surprise. Nevertheless, the go-around had been initiated so decisively and instinctively that I quickly settled down, feeling confident that it was the right thing to do.

I heard the call for flaps retraction, responded to his command and selected the flap lever to the next ‘gate’ setting. Then, as we waited for the all-important positive rate of climb to raise the gears, a firm ‘thud’ was heard. The aircraft had landed! This was another bombshell thrown at us. Usually, a missed approach does not include a touchdown! We had all felt the contact—the aircraft had definitely touched down.

A few moments later, the altimeter showed a positive climb and, more than a little shaken, I managed to clear my throat, call out ‘positive climb,’ and select the gear lever up, in response to the captain’s command. Was I glad I had not hastily raised the gear!

After a call to notify ATC of the go-around, we were radar vectored to a suitable heading for another approach. Once the airplane had settled on that heading, my thoughts turned back to the inadvertent touchdown. Had we actually touched down on the runway? I remembered there had been some wind reported by the tower. Had we unknowingly veered off and touched the edge of the runway? Did our tail hit the runway on the go-around?

While contemplating this grim possibility, the tower called for a heading change. I nearly missed that call. There was an uncomfortable silence in the cockpit. The captain was probably wondering whether he had carried out the manoeuvre correctly and whether the aircraft had incurred any damage.

It is easy to perform a go-around in visual conditions, but quite another thing when you are severely constrained to mere instruments. The flight engineer was likewise busy following through with the thrust settings, providing the necessary checklist, directing his attention to his instrument panel, checking pressurisation etc. and making preparations for the new approach.

Today’s method of aborting landings if a missed approach is required following a manual instrument approach or visual approach, is to push the TO/GA (take-off or go-around) switch, call for flaps 20, ensure/set go-around thrust, and rotate smoothly toward 15° pitch attitude. Then you follow the flight director’s commands and retract the landing gear after a positive rate of climb is indicated on the altimeter.

On take off, normal rotation to 15° nose-up is mainly achieved by the pilot’s effort on the yoke, through the elevators. During a go-around, however, when the thrust goes through a large regime of change from approach setting to go-around, the aircraft tends to nose-up on its own. Hence, the captain’s concern was justified. Was the rate of rotation too fast? Had he mindfully monitored any nose-up tendency amidst the clamour of things happening in that short span of time? He had also lacked the considerable advantage of visual references.

Similar to a B747-400, during a typical automatic go-around initiated above 100 feet, approximately 40 feet of altitude is lost. At threshold height, the timing for flap retraction becomes important. In order not to aggravate the altitude loss, delaying flap retraction can be beneficial.

Go-around procedure on finals, at say 500 feet above threshold height, can be said to be quite routine and does not require much thought execution. However, when potential ground contact becomes a factor, the procedure requires a higher level of accuracy.

The crucial concern in this case is to avoid a tail strike. Too fast a rotation to 15° nose-up could cause a tail strike. On more modern aircraft, such as the Boeing 777, a tailskid device sensor installed at the tail section warns the pilot (via the EICAS) of the risk of a tail strike.

On the ground later, the captain, flight engineer and I all had to satisfy our curiosity, in spite of the continuing drizzle. Much to our relief, the tail section of our B707 was unscathed and the tyres were soaking wet but undamaged.