Home Close calls How was your journey? 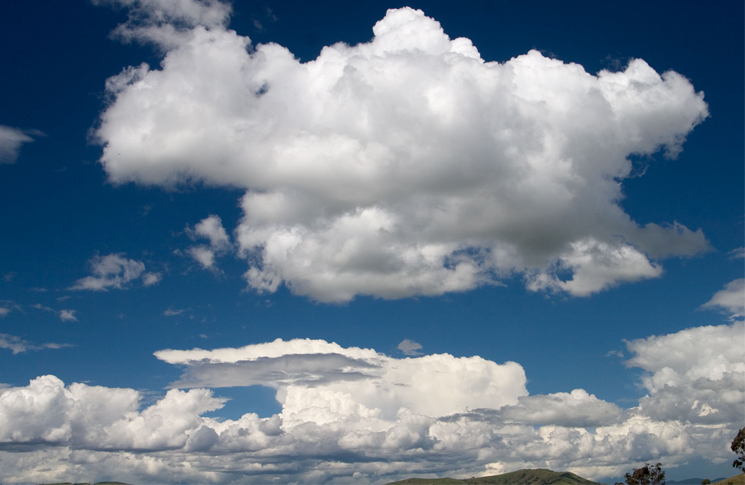 British-based airline pilot Mark Mannering-Smith evokes how quickly a flight can turn from sightseeing to intense planning. And the best part? None of the passengers suspected a thing …

The idle chatter has died down. Since leaving the ocean we have been sliding over the vast and limitless beauty of Canada’s Atlantic coast. It’s rare to get such a consistently clear view all the way from the cracking sea ice right down to the blossoming fringes of Boston. Patches of civilisation spur speculation about the communities below. The thrust levers rock gently under my right hand, responding to the ripples of instability in the upper atmosphere. The tops of the levers are worn smooth by years of use, but the gentle roar of the RBs, (Rolls-Royce RB211 turbofans), puffing and blowing of the air-conditioning systems, and whine of the chiller units just behind the flight deck, combine to make a faithful and familiar thrum. Everything is just fine.

I scan the instrumentation. As we cross another waypoint, LNAV (lateral navigation) imperceptibly adjusts to make good the next one. Hundreds of miles of electronic breadcrumbs stretch out far ahead and into the United States. Down to the left Stephenville sits bleakly in the jaws of a broad inlet on the west coast of Newfoundland. Normally just a circle on a chart, Stephenville cuts a surprisingly meek stance, with houses fringing the inlet before petering out—civilisation giving way to the wilderness once more. The chart-based brother of Stephenville is far bolder: good approaches, long runways, excellent facilities capable of hosting 180 tonnes of airliner. It doesn’t mention the pretty spit of land positioned shyly across the water. You’d miss all the good stuff diverting there in the darkness or in the gloom of a Canadian winter.

The ACARS (aircraft communications addressing and reporting system) is back up and running and a little burst of weather requests has brought the printer to life. Strings of coded data give us wind, visibility, precipitation, cloud, temperature, pressure. The familiar argot tells us a surprising story: wind, rain and storms are thrashing Dulles. A flicker of recognition passes between us. Back in London, six hours ago, we had both seen the thin arc of forecast convective weather stretching from New York to DC. Not a single airport had thought it significant enough to include in their forecast. I could maybe forgive them for missing the full brimstone treatment in their predictions, but I’d have thought that the combined forecasting brains and computers of the entire East Coast might have been slightly more accurate than the ‘clear skies and light winds’ song played in the earlier forecasts.

There’s no space for chatter now. We are busy hoovering up information to help us make some decisions. We are really looking for some staging points on which to build a plan. The sky is breaking up, with the ragged edges of unstable air beginning to surround us. I’m moving the radar up and down looking for clues about the depth and extent of the weather. The controllers are great—Dulles has been shut for a while. Looks like it is open again, but heavy weather is between us.

I give the aircraft to Ed so I can talk to our cabin crew. We come up with a strategy to speed the last of the service along. Everyone is aware that there may be some bumps. They also know that we are going to be a little busy looking for some smooth, clean air. Back facing the front it’s obvious that we need to route around some weather. We’ve identified some points of the route where we are going to review fuel and time. The weather radar isn’t great at seeing around corners: bigger storms can hide whole systems in their shadow, so what looks like a good route can sometimes close up or change on the far side.

Back in the mid levels now. Tops tower above us and little crackles of electrical activity break through on the radio. Pop. Dark pools of shade sidle up to us. We’ve a high- and low-fuel figure for a couple of places between us and Dulles where we can make an objective assessment of how things are going and whether we might need to exercise our insurance policies.

Philadelphia and Atlantic City are both clear and look like useful boltholes should Dulles shut again. I ask Ed to turn the fuel figures into a time. Two reasons: I want him to check my maths, and I want to remove any subjectivity from the numbers on the gauges. Any diversion is busy—even if it is half-planned already—so if we go somewhere I want to punch the stopwatch so that we have a clean and visual count up to our endurance limit.

So we’ve a strategy with some good contingency to cover several different options. A long and frequently elastic RNAV (area navigation) arrival is another variable: New York have limited information on our routing, but Potomac are on the ball. As Ed teases us around towering cumulus, we negotiate some airspace. We are back on the speed—no sense rushing—and there’s a gentle beauty to the unfolding clouds. ‘Pretty, that.’

This little gap is perfectly smooth. The kind of air that’s thick and wet with recent storm but has lost all compunction to jostle you around.

More scanning of the radar. I offer Ed a range of headings just in case. We’ve an eye on mileage. Very simple maths running in another part of our brains keeps us on top of whether we can make the airport without any further drama. The brooding clouds seem to be leaving us with another little joke. Our fear of extended routings and diversions could be replaced by a routing straight to final approach, perhaps leaving us with a straight energy issue. Cabin is all done now. They’re a great little team and they know the score.

Gap controller is interested in whether we can route to finals. No problem. Ed has done a perfect job of trading height, speed, and energy. A few jolts on the back side of another Cu. We are about 15 miles out now. A sprawling mass of rain is skirting the far side of the field. It’s painting heavily on the radar but it simply doesn’t feel as if there’s any energy left. We switch early to tower who tell us that the surface wind is just two knots. Really? Apparently we missed the real fun over the past hour.

The runway is wet but well drained. We review braking and go-around options. Right turns do not look like much of an option, regardless of my hunch about it being all rained out. Smooth all the way in. Nice touchdown. I’ll take that one, thank you.

Fat raindrops beat on the windshield as we taxi in. It’s difficult to decide what’s worse; peering through the thick rivulets, or listening to the howl of the wiper system. SAS take ages to clear our gate. I spend a few moments thinking about how we had to continually flex our strategy, only to arrive in Washington and just kind of land.

It almost seemed a bit unfinished, with the lack of any drama at all. Is that maybe the game?