Home Close calls Something to watch 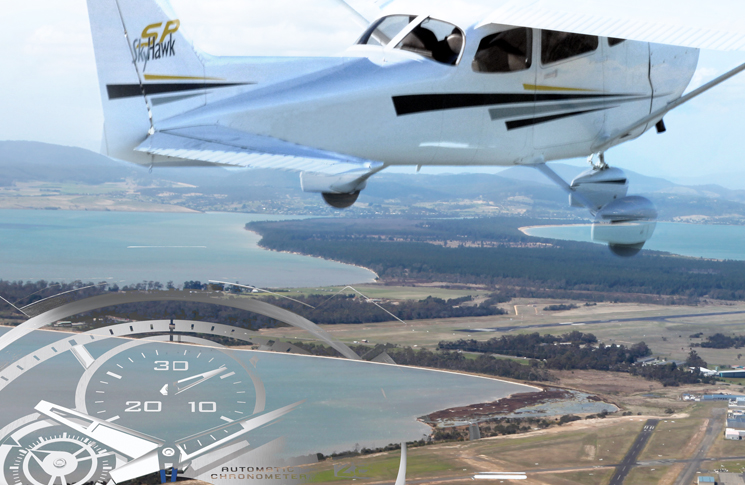 They say time flies when you’re having fun…

I was off on a short flight with a friend from Cambridge (Hobart’s GA hub) across to Bruny Island to have a look at some oyster farms. The day was clear, if a little cool, and glorious for flying. All went smoothly as we tracked south of the city of Hobart, my passenger enjoying the view after getting over a slight case of nerves. Seeing your own city from a light aircraft (Cessna 172 in this case) is always fun.

We landed on Bruny, enjoyed the oyster farm inspection and then took off again a couple of hours later. The plan had been to return directly to Cambridge, but we had plenty of fuel and no shortage of time, so I asked my passenger if he’d like to have a look at the D’Entrecasteaux Channel which lies between Bruny Island and the south west of mainland Tasmania. Having spent plenty of time in that area—he owned a shack a bit further down—he was very keen to see it from the air.

Why not, on such a glorious day?

I made a departure call from the Bruny strip, noting it was ‘time two two’. Knowing there was plenty of fuel on board, I calculated that if we were passing this point by one zero on the return, we would be well within limits of the reserves required.

We flew south west for a bit, away from home base, tracking along the coast and enjoying the view. My passenger and I were both keen divers, so we got to chatting about the spots we were seeing, what the various mountain ranges were that we could see off to the north, and how stunning this part of the world was.

Rounding South East Cape, I checked the time again to make sure all was good. Yep, two two; plenty of time to make that one zero requirement. I decided to track a bit further up the coast, knowing that the scenery just got better and better in this remote part of the State.

Ten minutes later I figured it must be time to start heading back. I checked my watch again. Two two. That seemed oddly familiar.

Bugger. For the first time in four years my watch battery had stopped.

We didn’t track coastal—I simply turned the nose directly toward Cambridge and announced we’d best get ourselves back home. We still had plenty of fuel, but I’d certainly given myself a glimpse of how quickly things can go wrong.

So what should I have done? Carried a back-up watch? Nobody wears two watches. Been more aware of the time? Yes, perhaps.

What would have been far more sensible was to have planned the flight—even if just a rough, written sketch of it with some timing points written in. By just looking at my watch and expecting the one zero that would indicate a need to be at a particular point, I had no inbuilt mechanism to guard against the watch’s battery life coming to an end. If I had been noting time on a written plan, it would have very quickly been obvious when I wrote the same numbers several minutes apart.

It didn’t cause a problem on that short flight where the safety parameters were wide. On a longer cross-country flight, when diversion decisions could have been affected by assumed endurance, it might quickly have become serious.

The lesson is simple and one that we’re all familiar with—plan the flight and fly the plan. It builds in safeguards against the most unlikely of errors.