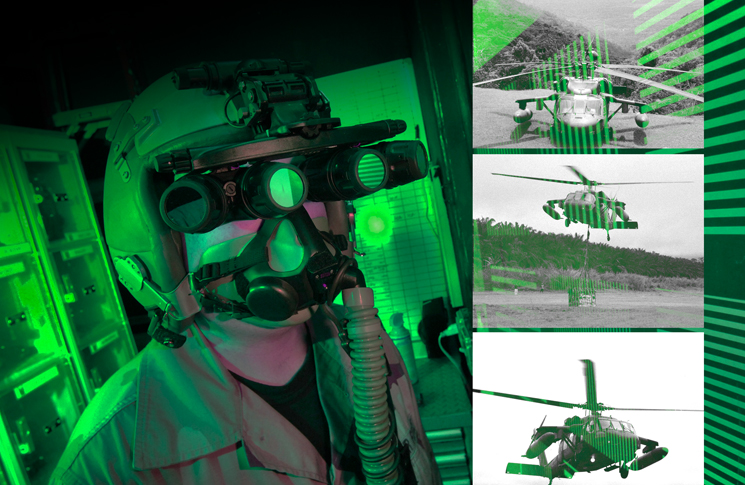 Your instructor may not always be right…

During my flying career I have had many memorable experiences, and learnt more valuable lessons than I can count. One experience that stands out from the rest was my ‘working trip’ to the United States. Three years into my new career as a helicopter pilot I was offered a position flying heavy multi-engine helicopters in the southeastern United States. Needless to say, I jumped at the opportunity – the chance of a lifetime! During the trip I gained experience working alongside American pilots, with a different airspace, culture and set of rules. While doing my aircraft conversion I learnt one valuable lesson that only really sank in properly years after I had come back to Australia.

Because of the type of work the organisation did I was required to fly low level using night vision goggles. I had successfully completed my day and IF conversion and was on my second-last NVG flight before my final handling test. I was finally becoming comfortable with the new aircraft and procedures. My instructor and I had twenty minutes of training left before we returned to the airfield and called it a night. All was going well until the master caution lit up – indicating the number two engine chip detector. (The chip detector is a small magnetic sensor located in the oil lines that detects small metal shavings in the oil. Worst-case scenario is a catastrophic malfunction somewhere inside the engine.) As the light was only flickering my instructor elected to continue the training. This was contrary to what I had been used to with my operator in Australia, but I told myself ‘you’re not at home; he’s an instructor; he knows what he is doing; and he certainly knows the rules here better than you do!’

A few minutes later I noticed that the oil pressure on the number two engine was slowly falling out of limits. I announced it and he told me not to worry. The oil pressure finally fell outside of limits and we pulled the checklist and shut down the engine. The last checklist action was to land as soon as practicable. If I had been flying for my operator in Australia, this would have meant landing at the closest suitable airfield.

We were already established in the circuit of a satellite training airfield twenty minutes from home, and all my training and experience told me to land at this satellite field. However, my instructor had other ideas. He was going to fly home single engine, ‘just like a big Jet Ranger’.

I knew that the trip home was over heavily vegetated undulating terrain, with no suitable landing areas in the event of a further malfunction. I was uncomfortable with this idea, as I believed it had unnecessary risks attached, especially when we were already right over a suitable airfield.

Rather than be assertive and speak up, I hinted at my discomfort with the plan by light-heartedly saying, ‘my boss wouldn’t be happy if I pressed on OEI (one engine inoperative), especially on goggles at 1000 feet. What if the other one lets go?’ He laughingly told me ‘ya’ll Aussies are so safe; if one fails I’ll just restart two!’ He then assured me that he would get it going in 1000 feet. The voice in my head was back, telling me, ‘he’s an instructor; he knows the rules; it’s his train set’. I kept quiet and cracked on. It was a long, nerve-wracking but eventually uneventful flight home. We declared an emergency at the boundary, and were met by a fleet of fire trucks on landing.

Years later, upon reflection and with the benefit of experience and hindsight, I look back and wonder ‘what if?’ I checked my flight manual the day after the incident and was shocked to read that ‘in the event of a dual engine failure allow 6000 feet for a single engine relight’! At 1000 feet on NVG, over wooded, mountainous terrain, we wouldn’t have stood a chance.

Even as a student, new hire, operating under unfamiliar rules, with an experienced instructor, you are a member of the crew. You are responsible for the safety of the flight as much as the captain. If nothing else, it’s your backside strapped into the machine. It’s easy to study human factors, to do CRM courses every three years; but is quite another thing to have the courage to put all the theory into action.

In hindsight, I’m lucky that that the worst outcome for me is that I look back at that night with embarrassment every time I do a CRM refresher. That (now more mature) voice in the back of my head reminds me that by not speaking up I removed a countermeasure specifically designed to prevent an accident.