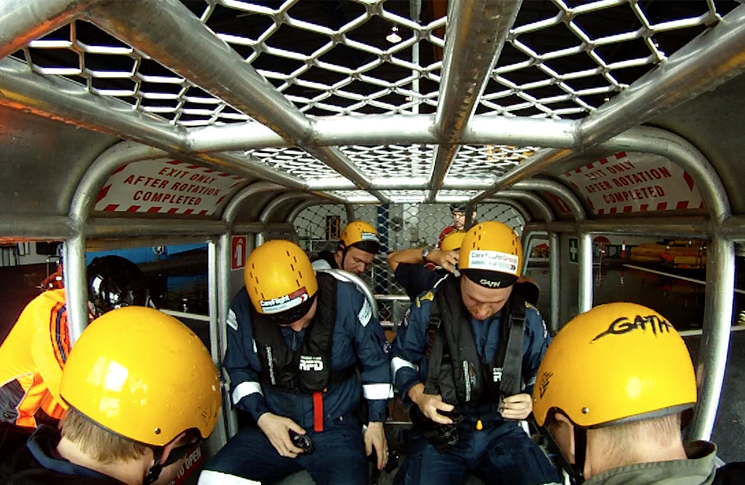 Picture this – you’re underwater, upside down, buckled tightly into a seat inside a steel cage and unable to see. This is not a situation you would willingly put yourself in – but doing so could save your life.

When faced with the unfamiliar situation of being upside down, underwater and with limited visibility, shock is quickly followed by panic. This can make even the simplest things, such as undoing a belt buckle, an overwhelming exercise. Those precious seconds wasted in stupor can be fatal. That’s why anyone who flies in offshore helicopters-even as a passenger-has to do helicopter underwater escape training (HUET).

CareFlight’s Commercial HUET Manager, Mick Dowling, says your chances of surviving a water ditching are greatly increased when you have a survival plan.

‘It all comes back to conditional responses and trying to get over the panic’, he says. ‘It’s all about body mechanics and making sure you’ve got reference points and the right procedures.’

The low-flying nature of helicopters can turn a mundane flight into a frantic emergency in seconds. ‘A vast majority of crashes typically have less than 15 seconds warning before impact’, Dowling says. ‘Because it happens so quickly, your exit strategy needs to be instinctual.’

The four people who died in the 2013 Super Puma crash survived the plunge into the North Sea. But it’s not the impact that kills you. ‘Unfortunately,’ Dowling says, ‘the most common reason why people are unable to escape from a sunken helicopter.’

And it’s easy to see why.

Even with a morning of theoretical classes, countless instructions on what do and knowing I’d be safe, the first time ‘the dunker’ hoisted me over the water, my heart rate tripled. Once inverted, blindfolded and plunged into water; the world around me became a very scary place-panic was only a few seconds of indecision away.

But, armed with the knowledge of what to do and with the confidence of how to do it: I didn’t need to panic. 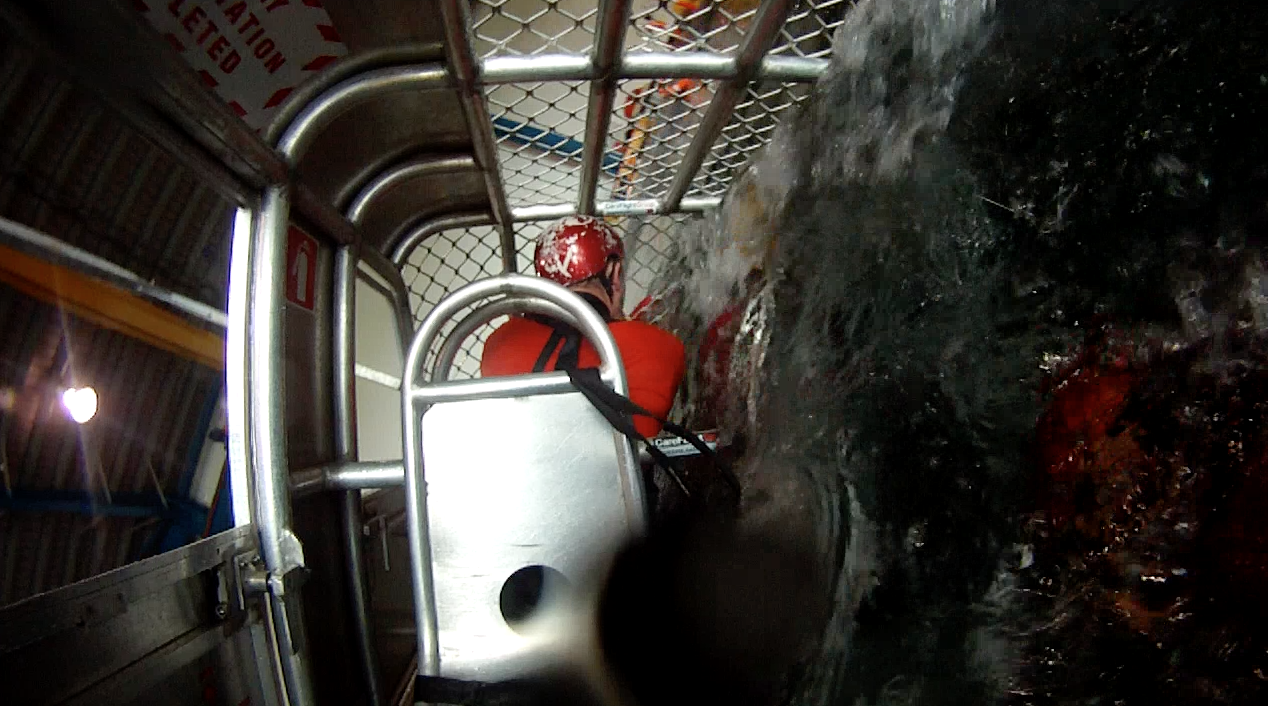 It all revolves around physical reference points in the cabin. Much like finding your way to the fridge for a midnight snack without opening your eyes, you can feel your way along the hallway and you know where the kitchen door is.

You do this with confidence because you’ve done it a hundred times before.

In HUET training, upside down with a cabin full of water, the same principle applies. Knowing your knee is directly next to the door reinforcement strut which leads directly to the handle of your primary exit is survival gold.

Maintaining physical and mental orientation is done through reference points and knowing the parts of the cabin, how they feel, and their relation to you and your primary and secondary exits. These are the basics of egressing a submerged craft.

‘It’s crucial to have a plan in place’, says Dowling. ‘Every aircraft is different, so it’s important to know what you need to do if a ditching was to take place. Doing this before every flight and having a secondary back-up route will all help.’

But survival doesn’t end there. Once clear, survivors are often faced with time in the sea awaiting rescue. Depending on the type of beacon being used, along with orbital positioning of satellites, tracking can take anywhere from 90 minutes to five hours.

Prolonged time in the water, causing loss of body heat, is a major survival hurdle. Water conducts heat 25 times more quickly than air, so getting yourself and fellow survivors out of the water and into a life raft is the priority. Otherwise, huddling together in a group or, if alone, adopting the heat escape lessening posture (HELP), will slow the effects of hypothermia. 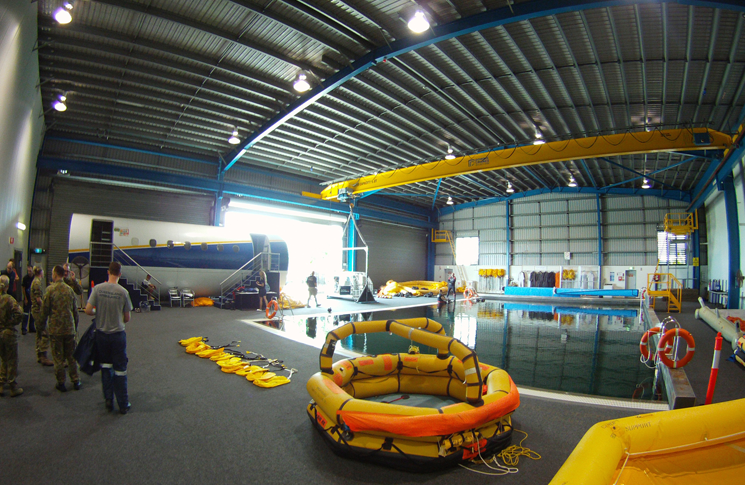 For Dowling, a RAAF veteran and Careflight instructor for five years, the importance of the course is obvious. ‘Simply put, the better prepared an individual is to meet the hostility of this environment the greater the chance of survival,’ he says.

With 22 per cent of all helicopter ditchings happening inland in rivers and lakes, the training is not just suitable for those flying over blue water. Similarly, the escape principles taught apply to other forms of aviation and real-world scenarios.