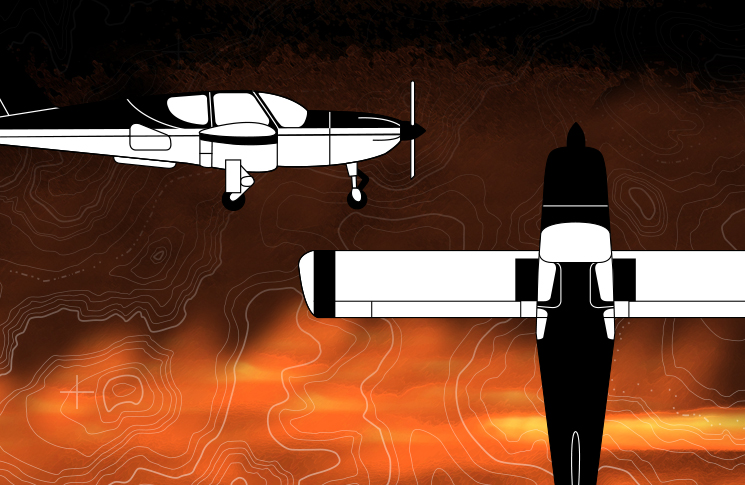 On a June afternoon in 1993 I was tasked with a commercial pre-licence test for an overseas candidate who was champing at the bit to return home and join his national carrier. Clear skies, an aeroplane fresh from its 100-hourly and a diligent student set the tone for a pleasurable flight; well, for the first couple of hours anyway …

Azlan possessed a very quiet manner that somewhat belied the fierce determination with which he approached his flying training. As he leaned over the wing of the Aerospatiale TB20 Trinidad and re-calculated his endurance and performance figures, he was a picture of concentration. We had successfully navigated our way from Bankstown to Goulburn and northwest to our present port of call, Cowra. He had flown smoothly and countered the periodic ‘examiner-induced challenges’ that inherently crop up during a test flight. From here it was on to Mudgee, then a return to Bankstown and hopefully a recommendation for the fully-fledged licence test. His preparation and planning had been superb and his chosen routing reflected his comprehension of my perennial pre-cursor; ‘ … bearing in mind that this is a single-engined aeroplane’. That’s a philosophy highlighting the advantages of a few extra track miles over topographically friendly territory, presenting a pilot with fields and features that can assist in navigation and provide options should things go quiet up front.

With the paperwork completed and more than adequate fuel evenly distributed between the two wing tanks, we fired up and launched once more into the beautiful skies over western NSW. Once established in the cruise, I adopted the role of employer and advised Azlan that the ‘passengers’ at Mudgee had cancelled their flight and he was now to return to Bankstown, ‘bearing in mind that this is a single-engined aeroplane’.

In the only tarnished point of the flight, Azlan guesstimated a heading and wheeled the aircraft eastward to point in the general direction of Bankstown. The proposed route was relatively featureless and characterised by the mountainous ‘tiger country’ of the Great Dividing Range. While seemingly a poor option, he was not breaking any rule and was acting in command under supervision (ICUS). At worst it was a questionable technique and a point for the de-briefing, which after all, is what training is all about.

I was midway convincing myself of this fact when a flickering of light caught my eye. The digital fuel flow gauge was hopping around without rhyme or reason, while the engine continued to purr and the good old-fashioned analogue fuel flow needle sat like the Rock of Gibraltar. New-fangled gadgetry, maybe, but either way it prompted me to look outside for a potential forced landing field; just in case. As luck would have it, a lone small clearing was just off the right and I asked Azlan to enter a gentle turn toward it. He had still not noticed the ‘Digi-Flow’ jumping around when I drew it to his attention and started to talk him through the trouble-shooting process. When the analogue needle started to reflect the readings of its digital counterpart my interest heightened and we completed an FMOST check without delay. The engine now began to surge in company with the cockpit indications, so at this point I took over and called up Sydney Flight Service. I had gone from ‘fat, dumb and happy’ to ‘rather concerned’ in about ninety seconds.

Our lone paddock approached below, and the surges were becoming so significant that maintaining our height was becoming increasingly difficult. I advised Flight Service that we were 55DME on the Sydney 255 radial while I still could, as VHF had been ‘in and out’ at this height. I was contemplating a precautionary landing with the remaining sporadic power when total engine failure made the decision for me. I trimmed for the glide, and knowing VHF was at a premium, alerted Sydney of our worsening predicament and manually switched on the emergency locator transmitter (ELT). Again through the checks; no luck. Fortunately I had already decided upon the field and a course of action. I briefed Azlan and told him that when we were on the ground, he was to exit and get clear of the aircraft without delay.

Assured of making the field, I started configuring the gear and flaps and advised Flight Service that I would shortly be going ‘no-comms’ as I switched the electrics off in an attempt to minimise the chance of post-impact fire. The world was getting very big in the window, and as I aligned myself with the field, I decided that it was way too short to make it over the trees on the approach and still pull up by the far end. As I had done at airstrips in the outback and Papua New Guinea, I slipped the aircraft down between the trees in an effort to maximise the effective length. The foliage rushed by, there was a short squeak of the stall warning horn and then the wheels hit. Thump!

Seventy knots or so across an unprepared surface is a wild ride. I was on the brakes, keeping straight and hoping for the best when a sizeable rock jutted up ahead. Unable to swerve to any great degree, I braced, thinking ‘this is going to hurt’.

I tensed my guts and for a nanosecond thought of the control column spearing into me. Bang! The right gear struck the rock and we were OK-hurtling across the paddock, but OK. With not enough room for my liking, I heaved back on the stick and kicked in right boot, effectively ‘groundlooping’ a nosewheel aeroplane. The right gear seemed to give at this point and we slewed sidewards, shuddering to a halt short of the trees. I swung around to tell Azlan to get out. With the disturbed dust still suspended in the late afternoon air, I was looking at an empty seat, an open gull-wing door and the northbound end of a southbound student.

I joined my breathless candidate and having taken a moment, returned to a rather forlorn aircraft. Paranoia forced me to inspect the Trinidad’s tanks, which revealed adequate fuel both sides. Phew! I tried calling up on VHF, and thankfully established contact with an approaching Cessna 310 who had already been diverted to the area. I advised the pilot that we were all OK and he relayed our exact position to Flight Service. (He had one of those new fangled GPS things.) It was getting dark, and with the temperature dropping, we threw on our jackets and gathered kindling in case we were there for the night. Fortunately, Careflight was on the job from Westmead Hospital and making a beeline through the night sky to our position. Strapped in, the rotors spun up and we rose into the absolute darkness. Slowly the glow of Sydney’s lights became a visible horizon. It was at this point I think I stopped to draw a breath.

Twenty years have passed and I have applied lessons I gleaned from the experience ever since. First and foremost, my philosophy of track selection in single-engined aircraft was upgraded to a personal doctrine. Whilst recognising it is not always possible, the trade off of track miles must be made where friendly terrain is on offer. Be aware of terrain, lowest safe altitudes, airfields and navaids in the planning phase when you have the time available for consideration.

I have always had one eye out the window for a field when I’ve been flying single-engined aeroplanes. Those thousands of hours of looking probably only really made a difference for me on this one occasion, but it was a life full of difference. Being aware of my only option, deciding to turn towards it and formulating a potential plan before things turned totally to worms, probably saved my neck. My actions weren’t the hallmark of exceptional skill; they were simply the application of the training we all receive as licence holders.

Another reason that we walked away that day was that I was current on practice forced landings, and I had a fair amount of experience on short strips with no asphalt and touch-down markers. My currency at the time was due to my job as an instructor, but ever since I have insisted on a dual check in my private flying to ensure I’m still up to speed on unexpected occurrences such as engine failures and go-arounds. Bush flying also gave me an appreciation of speed control and the feel of an aeroplane at that slower speed and of the performance envelope. It gave me a greater sense of an approaching stall than is necessarily offered by the warning devices fitted to aircraft. Again, it was an issue of currency. Even if your flying is always out of long, sealed strips, integrate some short field arrivals and departures into your comings and goings. You never know when you may need to call upon these skills.

Personally, I lost a degree of innocence in the Blue Mountains that afternoon. I had always looked upon every patch of urban clearing as a potential forced landing field, which in retrospect was a little naïve and over-confident. These days I’m a little more selective. Notwithstanding, I have continued to fly, own, and enjoy single-engined aeroplanes ever since. The experience in no way deterred me from ‘singles’: it merely reinforced my belief in how they should be operated.