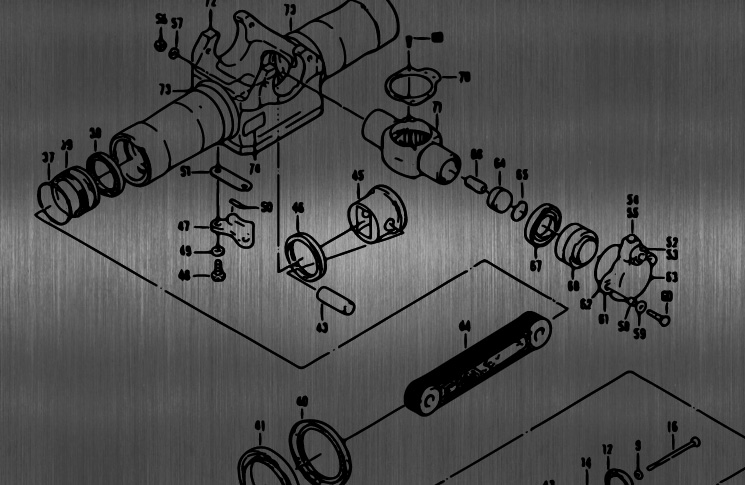 Tension-torsion straps may be out of sight but their condition should be front-of-mind for anyone who flies or maintains a helicopter that uses them.

It’s a cheap shot to say that some helicopter rotor blades are held on with rubber bands. The tension-torsion (TT) strap is an elegant solution to the stresses and competing demands between helicopter’s main rotor blades and the hub. But it has one thing in common with the rubber band-neither lasts forever.

When rotor blades are spinning, centrifugal force is acting to rip them out of the hub. But while blades have to be strongly fastened to the hub, they also need the freedom to constantly change pitch in every revolution-and with minimal friction. Putting ball bearings into the blade ‘grip’ to take these loads results in the balls going egg-shaped and making dents in the bearing track.

The problem was largely solved with the introduction of a flexible solid-tension link between the mast via the hub and the other blades. These links, or straps, resist the pulling force produced by the rotor blades, but at the same time twist easily, allowing blade pitch to be changed. Broadly speaking, the TT strap is analogous to a tendon in a body: both are strong flexible couplings which allow limbs to be securely attached to the body, yet allow flexibility, and both have greatest strength in tension.

From a distance, some TT straps do look unnervingly like rubber bands or the straps teachers once used as punishment devices in less enlightened times. However, up close and equipped with a hacksaw to remove the urethane case, one soon discovers that underneath it’s a bit like cutting open a golf ball, only instead of rubber bands, there are thousands of thin stainless steel wires which resist the huge tension forces and allow an almost frictionless twisting/torsion movement.

Stainless steel, ah! The marvel metal of 1911! A steel that never rusted (or so we thought) because it had the unusual property of continually generating a layer of protective oxide at the surface that stopped rust forming. This oxide layer remained seductively shiny, but one of the nasty secrets of stainless steel is that in order to keep generating the attractive protective coating for which stainless steel is so famous, it must be in continual contact with the oxygen in the air.

Deny stainless steel air and it’s worse than Superman in the presence of Kryptonite. It turns into an ordinary steel that will rust away in the presence of contaminants that it would otherwise laugh at: chest thrust out, hands on hips, cloak fluttering. Contaminants such as-well, water for example.

Early helicopter designers seemed to realise this; and when they used stainless steel in TT straps which resembled packs of feeler-gauge material (many thin shims stamped out of stainless steel-all held together at each end by steel bushes) they left them exposed to the air. Since the stainless steel was continually exposed to air, the self-passivating (protective coating) action continued every microsecond as the steel reacted with the oxygen; they stayed bright and shiny.

We come to the TT strap designs of today which have evolved into what we saw when we hacked open that urethane coating-thousands of stainless steel wires which are completely encased in-wait for it-you are not going to believe this-an air-tight casing! (Well, at least the manufacturers hope the casings are airtight). If you have been following, then you will probably see the problem immediately. If moisture and other contaminants get inside the casing through a crack, or if the casing should be poorly made and porous, the stainless steel will suffer unpredictable rates of corrosion. Main- and tail-rotor TT straps of this ticking bomb design are in wide use throughout the helicopter industry including several Bell and Eurocopter helicopter types.

The unsafe condition posed by moisture and other contaminants penetrating the protective casing of a stainless steel wire-wound TT strap is further supported by details from the US National Transportation Safety Board (NTSB) investigation FTW99FA192 into a fatal crash of an MBB-BK 117–B2. The NTSB found that the TT strap had failed; contamination had entered the TT strap and corrosion had weakened the stainless steel wires.

Lessons learned from fatal crashes mean that TT straps now have flight hours and calendar lives imposed on them. Flight hour fatigue limitations are based on the TT strap not suffering from internal corrosion. All fatigue calculations are out the window if the strength of the stainless steel is reduced by corrosion.

The BHT bulletin introduced an immediate reduction of the airworthiness limitation of the affected straps: from 2000 to 1000 hours/and from three years to 18 months, whichever came first. ‘This condition may lead to internal corrosion of the straps,’ Bell’s Alert Service Bulletin 206-13-130 said.

‘Affected straps presently in service which are already at or above the new airworthiness limitation will have to be replaced within the next 25 hours or two months,’ the bulletin said.

Around this time CASA received defect reports describing cracks in the urethane casing of two brand new Airwolf Aerospace (Part Number AA-206-011-154-107 Rev B) TT straps and an additional report of an unidentified brown paste in a time-expired Airwolf Aerospace TT strap casing which did not appear to be cracked.

CASA AWB 63-009 was prompted by the fact that the load-bearing stainless steel wires are inside the TT straps was no guarantee against corrosion, the bulletin said.

‘Because stainless steel must be in continual contact with the oxygen in the atmosphere in order to develop and maintain the integrity of the chromic oxide film, lack of oxygen will cause breakdown in any area of the oxide film and allow localised corrosion cells to form in the presence of contamination which will enter the urethane case via cracks or leaks.’

We knew this about stainless steel around 1911 and somehow forgot about it. So now you know why CASA recommends that operators: