Home Close calls Reading on a train saved my life 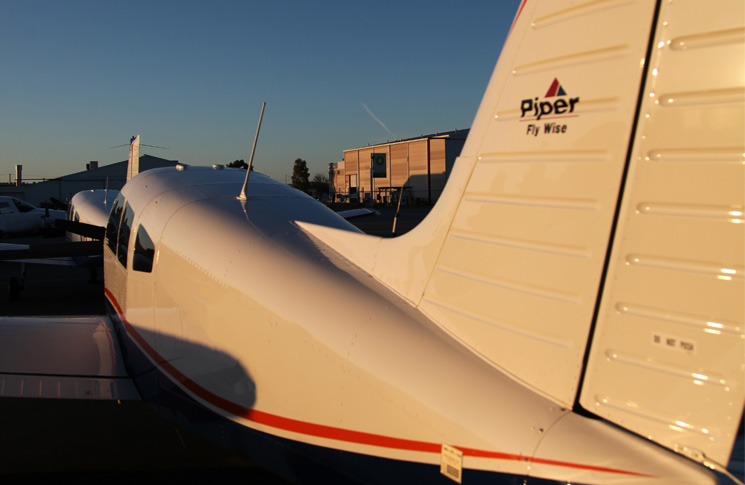 An insidious hazard nearly ended this pilot’s career before it began—but left him with him a valuable insight.

In 1999, I was about two thirds of the way through my aviation degree in Melbourne, which incorporated the usual flying components all the way through to CPL and either an instructor rating or instrument rating.

Fresh out of high school and straight into university, I attacked the program with everything I had and achieved my PPL, as well as my night VFR.

It was the evening after the Phillip Island motorcycle grand prix. My cousin had hitched a ride down to the track from Melbourne. Shortly after the race, I received a call from him asking if I could fly down and pick him up. He couldn’t organise a return trip from the island, and I was his last resort.

This would be my first night flight solo.

I remember telling my cousin that I wouldn’t get there until after dark, and that I had plenty to organise beforehand, such as the 75-minute journey to Moorabbin airport. As is typical for a struggling student pilot, I had very little money to throw around and hence no car. Home alone that night, I offered a friend a free flight to Phillip Island and back, in return for a lift to the airport.

While waiting for my chauffeur, I checked the weather. It looked as though it was going to be tight … fog was forecast to roll in over Phillip Island right when I was due there. I did my flight plan in the car. Adding to the time pressure was the fact that I wasn’t night current and had to do three night circuits before I could pick up my friend, who was waiting in the flying school, and then depart for Phillip Island. Beginning to see a pattern? Time pressures and seemingly minor hurdles—all starting to line up.

Night circuits in Moorabbin gave me a false set of confidence—the surrounding city lights made it like flying in the day.

Anyone who has flown to Phillip Island at night might recall the airport being quite difficult to find, as the runway is relatively close to a small residential area, and their lights blend together; or maybe it was just me and my inexperience.

I flew along the southern coast of the island from west to east, and only when I saw the bridge to the mainland did I realise that I had missed the airport. After a 180-degree turn, the cockpit lit up brilliantly from the strobe lights, in what appeared to be descending fog. It only lasted a couple of seconds, but really got my nerves going. I had to hurry!

I landed without any major incident and picked up my cousin, who had been waiting there for hours. We taxied to the end of runway 18, for a take-off to the south.

The Phillip Island airport elevation is 43 feet. Once you pass the end of the runway, with an overcast sky, it is pretty much pitch blackness all the way to Tassie. I remember lining up and consciously telling myself to get that T-scan going once I was airborne.

With everything checked and ready, I set take-off power and rolled down the runway. Rotating and setting the climb attitude, the world below quickly disappeared, and ahead it turned as black as black can be. Head down and onto the instruments I went. There I was T-scanning away, when on about a mid-upwind, in a moment of utter shock, I realised that the Piper Warrior’s fixed-pitch prop was increasing rpm! In an instant, I knew what had happened.

I clearly remember my moment of clarification. I snapped my head around and saw the lights of the adjacent residential area at about the same level as the aircraft! I pulled back on the control column and reset climb attitude on the attitude indicator.

The rest of the flight back to Moorabbin was uneventful.

After the flight, and over the years since, I have often wondered how close I came to spearing the three of us into Bass Strait. Quite possibly, that 43-feet elevation saved us, but then again, I could have been higher than I thought … God only knows.

As soon as I heard the rpm increasing, I realised I had succumbed to the somatogravic illusion—I had let my inner ear rather than the attitude indicator steer the plane, and having done that, I had mistaken acceleration for pitch. As the aircraft accelerated, I interpreted it as the nose pitching up. I reacted by unconsciously lowering the nose slightly. As a result the aircraft accelerated. Again I interpreted this as pitch, and so on. Eventually, after a series of forward pitching, I was unknowingly descending into the blackness ahead.

I believe I picked up this illusion only because previous degree-related studies had fascinated me. One paper I read was about fighter pilots in World War II who were mysteriously crashing after night take-offs. Only then did we begin to understand these sensory problems.

The primary lesson I learnt is that we must actually read and understand our instruments, not just look at them in a predetermined sequence.

On top of this was the classic chain of events that could have led to an accident. The last link in that chain was broken back on a train ride to uni, when I read that WWII paper.

Fifteen years and 9000 hours later, I still do not take anything for granted. I will always wonder though—how close was I to meeting my maker?