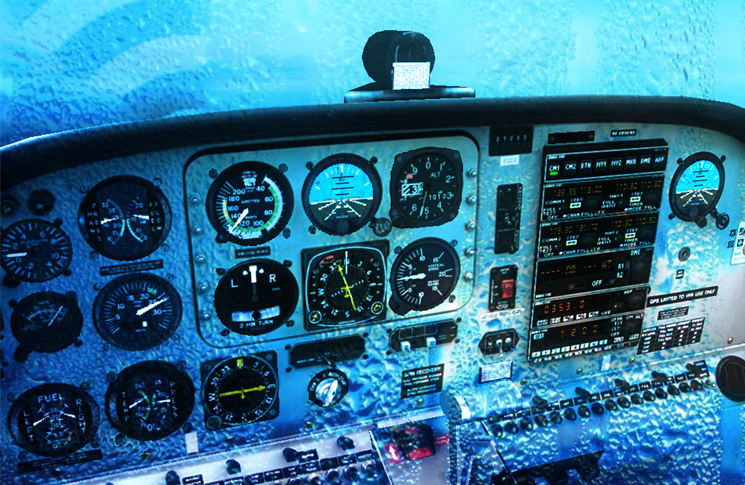 As a professional pilot I saw myself as someone with an above-average ability to sift through incoming information, identify the salient pieces and then make sound decisions based on that information. I was a flying instructor who taught and supervised this art of time-critical decision-making; I had to have a level of self-confidence that showed.

I was based at Point Cook, just outside Melbourne, flying the little Victa CT-4A – the two-seat side-by-side trainer. I had over 1000 hours as an instructor on the ‘plastic parrot’, I was also the designated low-level aerobatics display pilot and the unit maintenance test pilot, so I was reasonably confident in my ability.

It was late afternoon on an unremarkable, wet and windy Melbourne day. An instructor had fallen sick in Wagga—did I want to fly up and replace him? A pleasant flight over the countryside, then beers in the bar as the sun went down. Did I want to fly to Wagga? Of course I did!

I asked a mate to file a flight plan for me and organise an aircraft. Then an engineer intercepted me with an urgent request: could I do a quick test flight on a parrot? Damn, I thought, this is going to push the flight to Wagga back by an hour or more—it might be dark by the time I get there. However, there were runway lights and an instrument approach if I needed it.

I did the test flight. By the time I had landed everyone had gone home except for my engineer. I found my prepared flight plan, map, notams and weather in a neat pile on the ops room desk, with a sticky note attached—‘don’t enjoy yourself too much’. I had flown this route perhaps 10 or 15 times in all sorts of weather, so I wasn’t expecting to see anything exciting in my briefing sheets. Westerly winds, scattered showers and occasional CB en route, freezing level 7000, and upper-level cloud for arrival in Wagga. I would be below all that, with maybe a pop up to minimum safe altitude (MSA) and an instrument approach if it was dark when I arrived. Notams said nothing about the Wagga NDB or runway lights, so that was that.

I wave to the controller in the tower as I depart. ‘Have a good one’ she says, and hands me over to Melbourne ATC.

As soon as I switch channels Melbourne ATC advise me of reported poor weather and restricted visibility through the Kilmore Gap—would I prefer IFR? Yes please. I punch into the cloud and get radar vectors to position me back on track the other side of Mt Macedon. Eventually ATC say goodbye and I am on my own.

I suddenly feel a bit lonely without the protection of radar and the comforting ATC voice in my headset. I take stock of the situation; I’m in fairly smooth stratiform cloud at 5000 feet, but it is a lot darker than I expected so I am forced to confront the fact that I am stuck at MSA for the rest of the trip, with a night arrival into Wagga. I turn the instrument lights on as symbolic acceptance that I am night flying.

I am fishing out my approach plates when a sharp airframe jolt interrupts me. Things are starting to get bumpy outside. Then the sudden unmistakable noise of rain hitting the windscreen makes me look up from the instruments. The murk outside is an unpleasant greenish-grey colour.

I need to get out of this. I descend to 4500 to try to get below the weather and hopefully see the ground, as per my initial plan. No such luck. When does the MSA get lower? I take another look at the map, but it is not one of the standard ‘student’ maps, with MSA and boundaries clearly marked on it. My flight plan simply states that 4500 is the MSA all the way to Wagga. I hadn’t asked for a full IFR plan before departure so I am stuck with the barest details of a VFR flight plan. Back to the map. Can I read any of the spot heights? No way. It is now almost dark and my head torch is next to useless on the grainy photocopied map. Sheets of rain continue to hit the aircraft intermittently. I have been flying for about an hour, the NDB is starting to swing around the dial. I try tuning up the Wagga NDB—the needle looks good, then hesitates and rotates lazily around. I am in the no-man’s land between beacons. Stick to heading and airspeed, and in half an hour or so I will have a useable Wagga bearing, I tell myself. Done it all before.

A sudden, intensely bright light floods the cockpit and replaces the warm-coloured glow of the instruments with a stark grey light. Lightning! I sense the aircraft being pulled up and the VSI confirms it. I ride it at first but the altitude variation is too much. I back off the power and nose down—an uncomfortable feeling in the darkness. More lightning. The updraught becomes a powerful downdraught. Down we go, back to my original altitude, but I can’t level the aircraft there. With full power and the speed bleeding back I can’t maintain the MSA. Sweat is gathering on my forehead and hands. I know I am nowhere near Mt Macedon, the reason for the 4500 MSA, but what else is out there? Pictures flash into my mind of trees racing out of the darkness towards me. I am still descending at about 200 fpm – and the engine is at full power. I don’t feel as if I am in a downdraught any more. It just feels like ‘sag’; as if the air isn’t thick enough to provide lift.

The right wing drops and, subconsciously, I attempt to pick it up. A sudden sharp fear grips me the aileron is locked.

Impossible—the control lock is stowed near my left knee. I apply more force on the control column and it suddenly breaks free, pulling the wing up with a jerk. My blood is now running cold and I have a sickening fear that this is all out of my control. What is going on? My mind races through the possibilities for the aircraft’s poor performance. I remove the head torch from my helmet and point it out towards the wing—and there it is—ice. A sheet of ice covers the entire surface, and is so thick on the leading edge that it has distorted the shape of the wing.

I start gently stirring the control column side to side and fore and aft to keep the control surfaces free. This doesn’t help me as far as drag is concerned and the sink rate increases. I visualise the air intake on the front of the engine cowling and the tiny hole in the ice through which my valiant little engine is sucking air. I swear loudly. Could a sudden application of G break off the ice? The parrot can handle 6G but an increase in alpha (angle of attack) could stall the wing. Should I bail out? The sad reality is that I would rather die trying than to have to tell that story.

I point my torch up at the canopy locking mechanism it is encased in a block of ice with a long comet-like tail. No bailing out.

I can’t believe how quickly my options are disappearing. I feel very alone and insignificant. I am now a thousand feet below my MSA and still at full power. More restrictions in the aileron—little crunchy sensations. My airspeed is now only 80 knots but my pulse must be over 200. My hands are slippery with sweat inside my flying gloves. I am now verging on total despair. Suddenly my disbelief is punctuated by an incredibly loud metallic roar: hail. The aircraft is violently buffeted by thousands of hailstones; the rate of descent increases to almost 1000 fpm and my bum clenches tight as I await the ground impact.

This is it. This is how it ends.

Then the hail stops just as suddenly as it started. I am sitting almost rigid in my seat, soaked in sweat and adrenaline. Did I close my eyes? There is silence. The air is clear and black, and the CT-4 is starting to climb and accelerate. A quick shine of the torch on the wings shows they are totally free of ice—the hail must have blasted it off. Now I can see stars and a faint horizon line; the sky is clear and relief almost makes me feel like vomiting.

The Wagga NDB locks on, and I can see the glow of the town lights in the distance. I do a control and instrument check; my tough little plastic parrot is unharmed. Climb back to MSA. Night VFR arrival. Touchdown, and I silently roll along in the dark. That was too close, I tell myself. I had left my survival to luck, not to skill or careful planning. Not good enough.

I walk into the bar, which is crowded with beer glasses and smiles. ‘How was the flight up?’ they ask. I laugh weakly and tell a story – but it is not the truth.