The meeting will examine what actions can be taken to ensure similar incidents are prevented in future and will include directors from global industry bodies including the International Air Transport Association (IATA).

The meeting comes after the Association of European Airlines (AEA) called for urgent international debate about airspace security guidance for airlines.

‘The downing of Malaysian Airlines’ flight MH17, which was flying in approved international airspace, triggers questions about how risk assessments are made’, says the Association of European Airlines chief executive Athar Husain Khan.

Days after MH17 was shot down; Malaysian Airlines faced more criticism when MH4, a flight from London to Kuala Lumpur, flew over war-torn Syria after the closing of Ukrainian airspace. The airline cited ICAO clearance for the route and the Syrian Civil Aviation Authority said the airspace was not subject to restrictions, despite internal conflict in the country since 2011.

More information and a live stream of the Press Conference can be found at ICAO’s website. 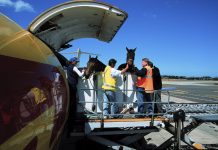