This four-year transition period has been established to enable CASA to manage the conversion of about 40,000 licences as smoothly as possible. From 1 September 2014, all new pilot licences, ratings and endorsements will be issued under the Part 61 regulations. New requirements for flight reviews and proficiency checks are also in effect.

We are encouraging pilots to apply for a new licence document only when their flight instructor or flight examiner notifies CASA of a flight review, proficiency check or a flight test for a new licence, rating or endorsement.

That will help to streamline the flow of licence conversions, and avoid a potential logjam if many pilots apply at once.

When you do a flight review, proficiency check or flight test, you will complete a form to transfer your qualifications to Part 61. The flight examiner or instructor will make an entry on your current licence in the first available space and then draw a line directly under it. The examiner or instructor can also sight and certify copies of any original permissions not contained in your current licence but needing to be transferred to the new Part 61 licence. This includes permissions contained in your logbook or any other instrument that confers privileges under the Civil Aviation Regulations.

For most pilots the only noticeable change under Part 61 is you will have a new licence document with a slightly different format, although the new licence looks similar to the old and is also printed on paper. The first pages will still have the Government crest and your personal details. Next will be a list of all the licences you hold—for example, private and commercial pilot licences—and aircraft ratings. Any design features and flight activity endorsements held will then be listed, followed by any operational ratings and their associated endorsements.

The biggest change you will notice is the tables added to the end of your licence—sticky labels will no longer be used in logbooks. Your instructors and examiners will now write any new ratings and endorsements you gain directly onto the Part 61 licence tables.

CASA has produced a series of fact sheets on the new licensing regulations. To download these and keep up-to-date with the changes, go to: www.casa.gov.au/licensingregs 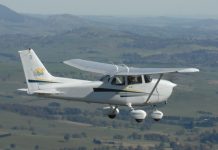 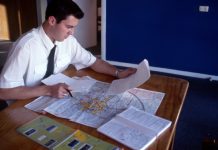 Review the changes in the AIP 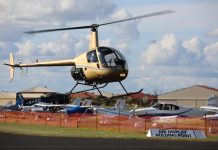 Syllabus to change after CASA listens to helicopter industry voices