Whether you fly an A380 or a Jabiru J160, if you’re in the air it’s your responsibility to be medically certified.

You’re just about to be issued with your pilot’s licence but there’s just one thing standing in the way between you and soaring through the bright blue sky—your aviation medical.

As a pilot (or aircrew member) it’s your duty to truthfully self-report about any potential medical conditions—but we know many don’t.

‘We have an honesty-based system. If pilots don’t tell us about their medical conditions it’s their lives—and possibly the lives of passengers—which are in potential danger.’

As outlined in Part 67 of the Civil Aviation Safety Regulations 1998 (CASR), CASA has the responsibility to ensure that it is making an informed decision and to ensure that the safety of air navigation is not jeopardised.

‘Australia has got very different attitudes about a lot of things including occupational health and safety,’ says Navathe.

‘Any medical decisions made by CASA have to align with general Australian legal principles and we shouldn’t necessarily compare ourselves to overseas safety laws which could be and often are, entirely different.’

This medical standard applies to holders of an air transport pilot licence, commercial pilot licence (other than balloons), multi-crew pilot (aeroplane) licence, and flight engineer licence. Class 1 certificates are valid for one year.

This medical applies to holders of a private pilot licence, commercial pilot (balloon) licence and flight radio operator licence. A Class 2 medical certificate is valid for four years for applicants less than 40 years of age on the day of issue, and in all other cases for two years.

This medical standard applies to holders of an air traffic control licence or flight service officers. The Class 3 medical certificate is valid for two years.

Then there is the recreational aviation medical practitioner’s certificate. This allows appropriately licensed pilots to hold a recreational pilot’s licence (RPL) without needing to have a class 2 medical. The RPL is based on a modified unconditional driver’s licence medical certificate for a private motor vheicle.

CASA employs over 700 designated aviation medical examiners (DAMEs) spread throughout Australia and overseas to assist the medical staff of the CASA Office of Aviation Medicine with the Australian medical certification system.

DAMEs have a duty to CASA to carry out a focused examination, and provide information to CASA. CASA’s medical officers review the information received from the DAMEs and make a regulatory decision as to whether—on the evidence available—an applicant is entitled to the issue of a medical certificate under Part 67 of the CASR.

CASA’s medical certification system also utilises the opinions of a wide variety of clinical medical specialists such as psychiatrists, neurologists and cardiologists. CASA’s aeromedical decision-making is collegial and evidence-based.

‘Every decision is very individual and made on a case-by-case basis—we are completely transparent about what we do,’ says Navathe.

But the temptation for a pilot to skip the necessary processes to gain medical certification is often evident.

According to a study into deceased pilots’ medical history and medications1:

Navathe admits that there are problems with non-disclosure in Australia too.

‘The thing that a pilot or aircrew member may not realise is that if they have an undisclosed medical condition and an event occurs, it doesn’t matter what the reason is for the event, their insurance pay out is at risk.

‘However, once a condition is disclosed and a certificate issued, this is much less likely.’

Information about specific medical conditions and DAME Clinical Practical Guidelines is outlined on the CASA website.

‘People are getting older in the aviation community. And as people get older medical conditions increase,’ says Pooshan Navathe.

‘We have people with cancer, metastatic cancer who are flying,’ says Navathe. ‘And we may say, “You need to get a PET scan every three months and a blood test every month,” and there may be limitations, but it doesn’t necessarily stop them from flying.

‘Another example is pilots with depression. In America they are required to sit on the ground for nine months after they’re in remission. In Australia, if you’re in remission and on medication, you can go flying tomorrow morning.

‘We understand it may not be cheap, as the pilot will still have to see their GP every three months and they’ll get asked a whole stack of questions. But they can fly in the interim—even commercially.

‘The only single condition that is a show stopper is epilepsy, but even then this is not necessarily permanent. If a pilot comes back to us in 10 years after they’re off medication and they haven’t had a fit, then we’ll let them fly. But 10 years is a long time to wait for certification.’ 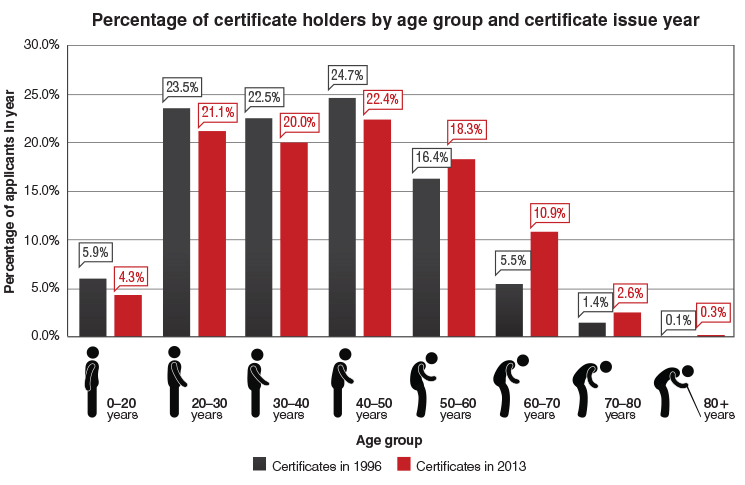 How CASA is evolving

The aviation medical can be a frustrating process, but CASA is invested in making this procedure easier.

‘Just recently we have extended the period of certification for many conditions for an extra year (from one year to two years),’ says Navathe.

‘By next year a new system will be in place where pilots complete the medical questionnaire online. They submit that to their DAME, who then assesses it, carries out an examination, and hits the submit button.

‘We expect about 10,000 medical certificates out of 26,000 will be issued on the spot. ‘CASA’s philosophy is that if you’re truthful with us, we will do all we can to keep you in the air—if it is safe to do so.’

For more information about aviation medicals, call CASA’s dedicated assessor helpline on 1300 4 AVMED (1300 4 28633), or go to the Aviation Medicals section on the CASA website. 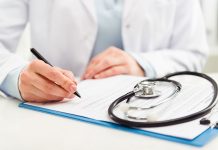