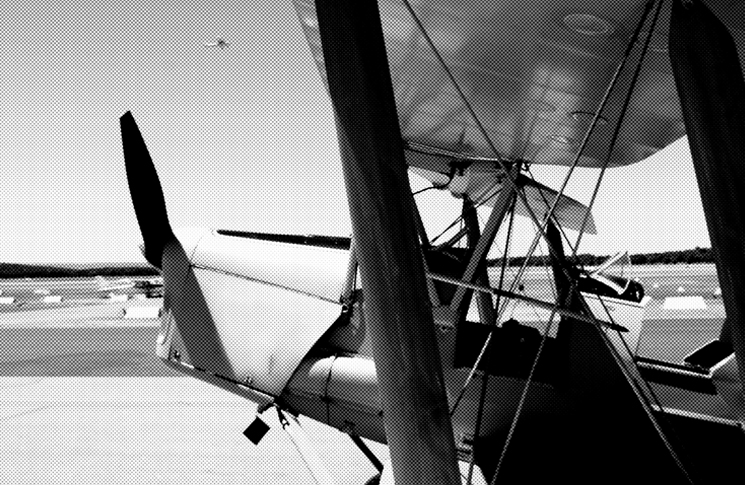 Modern technology can sometimes get in the way—literally, as David Julian discovered.

As I completed my daily inspection, I reflected on the flying I’d done in the past couple of weeks. We’d been following ‘Air Shows In The Outback’ around western Queensland and offering joy flights to the spectators. With a fascinating array of aircraft—warbirds, vintage, ultralights, aerobatic, and even balloons—the shows had attracted big crowds. Demand had far exceeded our expectations and it had been a lot of fun, but open cockpit flying is tiring at the best of times so I was glad to finally be heading home.

The ground crew had a long way to drive so they’d left early and as I taxied the Tiger Moth out I realised that without assistance the wind was going to make backtracking on the sealed runway a handful—given the tailskid and lack of brakes. I didn’t need a lot of runway and beyond the boundary fence was a nice clear paddock, so there was somewhere to go if the engine failed on take-off. I decided on an intersection departure and proceeded down the taxiway to the holding point. I made sure my map board was firmly strapped to my leg and turned on the GPS that was velcroed on top of it.

Completing the pre-take-off checks by ensuring the controls had full travel.

I pulled my goggles down, turned onto the runway and lined up. I opened the throttle, the Gipsy Major engine responded with a roar and as the plane accelerated I pushed the stick forward and the tail came up. A quick check of RPM and oil pressure showed everything normal, and I eased the stick back. She seemed reluctant to unstick initially, so I applied a little more back pressure and checked the airspeed, which was climbing through 40 knots.

By now we should have been airborne but something didn’t feel right. I pulled back a bit harder, and then the realisation hit me, the stick was jammed!

I immediately closed the throttle, but by now the end of the runway was approaching fast so I switched off the magnetos and, as the propeller slowed to a stop, I resisted an urge to push on absent brake pedals.

I couldn’t get the tail down to use the drag of the skid and the speed wasn’t washing off fast enough. The tail finally came down as we rolled off the runway into the dirt, and with the fence rapidly looming closer I kicked full right rudder and we slid sideways to a stop in a cloud of dust a couple of metres from the fence.

I sat in the cockpit, shaking, with the heightened awareness that comes with a good dose of adrenaline. The quiet and calm seemed surreal after those few seconds of panic and as I slowly lifted my goggles I could smell the settling red dust and hot engine oil. I was lucky—very lucky—to get away without a scratch on the aeroplane, or myself. But what had gone wrong?

I tried the stick again, lateral movement was fine and I could push it forward, but it wouldn’t move back at all. I climbed out of the cockpit, took my jacket off and then undid the strap on the map board and put it on the seat. As I did so, I noticed the GPS was missing and quickly looked on the cockpit floor with no sign of it. Then I saw it, jammed between the joystick and the back of the control box. When I pulled it out, the face had a groove in it where the base of the stick had been pushing on it.

With the map board on my left knee, my jacket sleeve must have caught on the GPS. As I opened the throttle the movement had dislodged it, allowing it to drop down the front of the seat and into the gap behind the stick, just as I pushed the stick forward to lift the tail.

Ten minutes later as I taxied slowly to the far end of the runway, I reflected on how, once again, a series of things had ‘lined up’ to cause an emergency.

My jacket sleeve catching the GPS as I opened the throttle, the fact that it fell in the right orientation, in the right place, just as I pushed the stick forward.

It was exactly the right size to lodge there and block the stick, and my decision to use an intersection departure left insufficient runway at the critical moment. A valuable lesson learned at the cost of only a few white hairs! 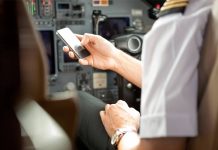