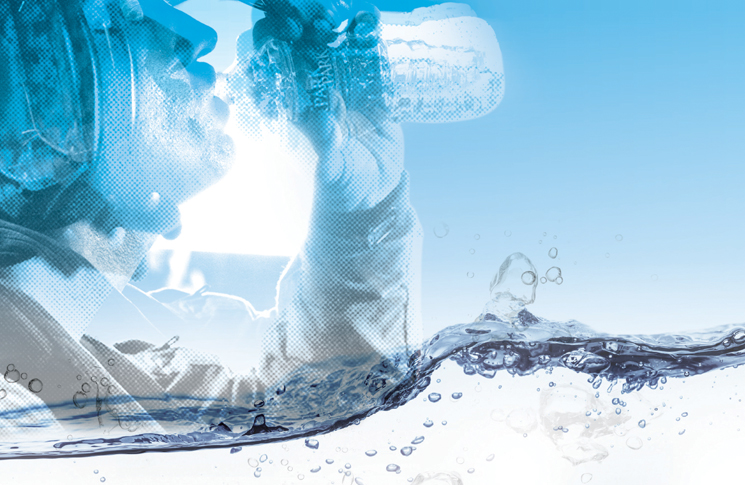 It’s an extremely hot day at Forbes aerodrome—around 38 degrees Celsius—and a Piper PA-28-180 10 (Cherokee) takes off at just after 1pm for a private local flight.

Ten minutes into the flight the pilot appears to suffer a seizure and passes out. Is it a heart attack? Stroke? Epileptic fit? The unsuspecting private passenger—who has some flying basics, but no landing skills—takes control of the flight. After 22 nerve-wracking minutes the pilot luckily regains consciousness and takes controls of the plane. He makes a safe—albeit rough—landing.

So, what happened exactly?

An investigation by the Australian Transport Safety Bureau found the pilot of the Piper was ‘feeling unwell during the morning prior to the flight’ and ‘had had a late night and consumed a moderate amount of alcohol, prior to sleeping for about five to six hours on the night before the flight’.

On the morning of the flight the pilot had only drunk a cup of coffee with no other liquids or food before flying.

The pilot’s doctor advised the most probable cause of loss of consciousness was dehydration.

While this account sounds extreme, it is important to recognise the effects of mild dehydration on performance. Before the impact of severe dehydration becomes obvious, there are more subtle problems. The brain is sensitive to dehydration and problems with reduced alertness, headaches and irritability all become progressively worse. If heat strain is added to the mix, there is a measurable increase in errors and poor decision-making.

Aerobatic and agricultural pilots have a particular reason to avoid dehydration—it reduces G-tolerance.

Another medical problem seen in pilots with dehydration and reduced urine output is the formation of kidney stones. Usually the urine flushes out salts and chemicals from the body. Where the urine is very concentrated, crystals (stones or ‘calculi’) may form and then grow. If these move from the kidney or bladder, it can be extremely painful—as some readers will be well aware. Drinking plenty and diluting the urine is a good way of reducing the risk of problems.

Flying presents unique factors that can allow dehydration to set in much sooner—high altitudes, ultra-low humidity and dry cabins, but the main factor is ambient heat generated by getting into a hot cockpit on a sunny day.

We’re mostly made up of water—about 70 per cent. The water is used for virtually every function the human body performs—regulating temperature, eliminating waste, digestion, transporting nutrients—and it also has a role in neurological and cognitive functions.1 You know what goes in must come out later.

In mild conditions, you need a minimum of 1500 ml each day to achieve fluid balance. This is roughly divided into 500 ml lost through sweat, 500 ml in breath and 500 ml in urine. You may lose between 500 ml to one litre of fluid a day, but in hot environments, you can lose as much as eight litres a day.

Normally, the body loses 2 to 2.5 litres of water in 24 hours—approximately two to three per cent of total body weight. Sweating, brisk exercise, and illness due to vomiting or diarrhoea can also contribute to increasing loss of water and dehydration.

Most people become thirsty after they lose about 1.5 litres of fluid. This level of dehydration activates a ‘thirst mechanism’ and signals a need to drink at least 600–900 ml of water straight away.

However, the thirst mechanism can be switched off quite easily and just a small amount of fluid in the mouth turns it off, delaying the replacement of much-needed fluid.

Water loss can also increase by a factor of ten or more through perspiration in warm or humid weather or during heavy physical exertion, such as agricultural aviation flying.2

It’s important to realise that rehydration means drinking before you’re thirsty—and this means plain old-fashioned water, or a sports drink (more on that later), and not sipping on a double-strength café latte or a can of soft drink.

According to the United Kingdom’s Civil Aviation Authority:

The relative humidity in most air-conditioned buildings is between 40 and 70 per cent, which is ideal for comfort. On an aircraft, the relative humidity may be in the order of 20 per cent. This, however, does not cause true dehydration; but drinking excessive amounts of tea, coffee and alcohol, which cause the body to pass more urine, may exacerbate the effect of this lower humidity.

Urine colour is an excellent indicator of dehydration. Normally, it should be clear with a pale yellow tint. A darker yellow indicates that you should drink more water. The only exception is when you’ve had a multivitamin or a B vitamin, which makes urine a bright yellow.

You’ve got a thumping headache, you feel dizzy and your judgement isn’t what it should be.

You know you probably shouldn’t have had that last beer last night while you were out on the town, but you just couldn’t help yourself.

Flying dehydrated and with a hangover can be a dangerous option as our Forbes Piper pilot found out.

Minimum guidelines state that you should wait at least eight afters after drinking alcohol to commence a flight, but a more conservative approach would be to wait at least 24 hours. Binge drinking has been shown to affect the inner ear balance centre 48 hours later—something which increases the risk of spatial disorientation in adverse conditions.

An alcohol hangover can occur even when a blood alcohol concentration has returned to zero after being elevated during a drinking episode. The Federal Aviation Administration (FAA) publication Alcohol and flying: A deadly combination, advises that even after complete elimination of all of the alcohol in the body, there are undesirable effects, or hangover-effects, that can last 48 to 72 hours following the last drink.

It’s fair to say that here in Australia we take our coffee culture seriously, and it’s not unusual to start the day with a couple of espressos or flat whites.

Research3 shows that the first two 175ml cups—each containing an average of 100 milligrams of caffeine—do enhance performance in the cockpit. Pilots tend to feel less drowsy, their focus improves, as does reaction time and hearing and sight.

However, you risk dehydration if you drink more than 500 milligrams of caffeine a day—which is anywhere from around three to five cups of coffee.

According to one international airline crewmember* it’s not unusual to see crew, ‘just living on coffee and no water’ during their flights.

‘I try to have only one to two coffees a day and I probably drink three litres of water on a seven-hour flight, and more on a long haul, so never seem to have any worries. Sometimes the service gets manic and you realise you haven’t drunk anything or peed for like two to three hours,’ she says.

‘But I drink tea,’ you say? Well caffeine is also a key ingredient in tea, as well as in chocolate and some soft and energy drinks. So, while you may have only had two flat whites, there is probably more caffeine in your body than you realise.

How to prevent dehydration

Your hydration strategy should start before you even step foot on an aircraft. Here are tips that will help guide you.

Prepare yourself before flying: Drink two litres of cool (4 degrees Celsius) water every 24 hours. Always drink before you’re thirsty and drink from a container that indicates you how much you’ve actually drunk.

Limit caffeine: If you’re a heavy coffee (tea/soft/energy/) drinker you could be prone to severe headaches, irritability, acute withdrawal and crucially, fatigue, if you can’t get more caffeine during a long flight.

Check your medicines: Certain medications, such as diuretics and some blood pressure medications may also cause dehydration—generally making you urinate or perspire more than normal.

Go to the toilet: You’ve got to go but you know there’s only so much space in the Blanik glider. And you don’t want to drink any more water, but you can feel yourself already getting parched. Try out a disposable toilet such as TravelJohn, Restop or a Biffy Bag. Most of these products transform liquid into an odourless gel that is non-toxic, spill-proof and waste-disposal safe.