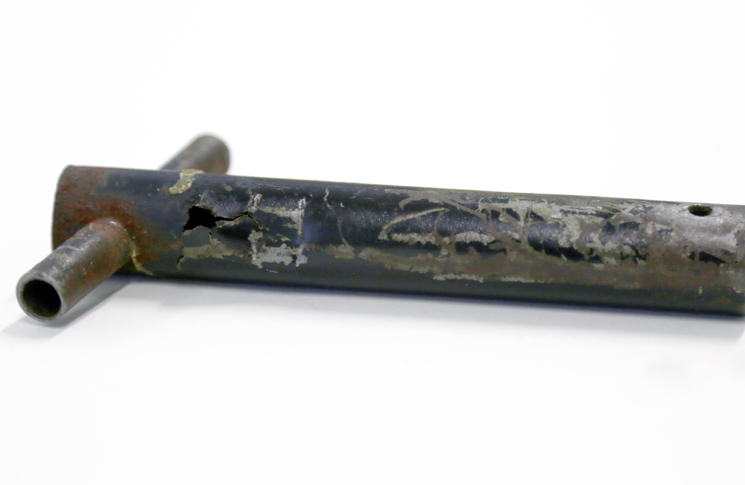 Cessna aircraft, although generally reliable can suffer a well-documented and dangerous decay of their flight controls.

Jane Austen’s Pride and Prejudice, although easily parodied, has unexpected gems of wisdom for the aircraft engineer. To paraphrase its famous opening sentence: ‘It is a truth universally acknowledged that any component, if ignored for long enough will, in due course, cause great vexation, and eventually a not inconsiderable degree of danger, to those who depend on it.’

We couldn’t agree more, despite the double negative. Take rudder pedals and their associated torque tubes, for example. Rudder pedals attract little attention, so long as they do what is expected of them. They are not quite out of sight, but mostly out of mind.

But rudder pedals mounts on long-serving Cessna types have been failing in an insidious and hard-to detect way. Moisture and time are the two enemies. They combine to corrode pedal assemblies to the point where they can no longer bear the weight of the pilot’s foot. And a broken assembly means no rudder control. And no rudder control, as Austen might say, needs no further explanation.

In 2001 Transport Canada published a bulletin based on an incident that caused an aircraft to ground-loop.

Transport Canada report, AV 2001-05, of 16 October 2001, found the pedal arm had fractured during landing, which caused the pilot to lose control of the aircraft during the landing roll. It found the rudder pedal arm tube had corroded to a fraction of its former thickness, making failure inevitable.

Transport Canada found this mode of failure was difficult to detect. It described a case where ‘the rudder pedal arm tube was corroded to just a few thousandths of an inch thick in the area of the fracture (approximately 1 inch [25mm] above the attachment bolt hole). The other pedal arm, although not fractured or cracked, had severe corrosion on the tube interior and failure was imminent.’ However, it concluded ‘the problem does not appear to be widespread at this time’.

Anecdotally, at least, it appears the problem is becoming more widespread. With many Cessna aircraft more than 30-years-old there is plenty of time—much longer than Cessna anticipated—for the problem to develop.

A recent service difficulty report submitted to CASA matches the Transport Canada report almost verbatim: ‘The top of the L/H pedal was full of a rusted deposit. The pedal was removed for further inspection and then the arm and the torque tube. When the pedal was removed for inspection it was found to be unserviceable. The rudder pedal arm was corroded through from the inside out. The bolt that secures the arm to the torque tube was rusted off and only held in position by rust. The torque tube (rudder bar assembly) was removed for further inspection and found the wall thickness of the attach stub was wasted away to one third of its original thickness and required repair.’

A similar problem has affected Cessna control yokes. In 2003, CASA issued Airworthiness Bulletin 27-4. It covered Cessna (and the similar French-built Reims) 172, 180, and 185 series aircraft. The bulletin alerted operators to a potential failure of the welded steel tubes that made up the control yoke assembly. Yoke failure, it need hardly be added, can result in loss of pitch control of the aircraft. AWB 27-4 strongly recommended operators comply with a Cessna Service Bulletin SEB01-3 that describes an inspection procedure to detect corrosion, and determine the serviceability of a yoke that has suffered corrosion pitting.

The control yoke in the nominated Cessna types did not have any provision to drain moisture from the lower, vertical section of the yoke. This allowed moisture to collect inside the vertical tube, and initiate corrosion. In one case, a LAME drained something like half a litre of water from the control yoke (where did all that water come from?) Like rudder pedals and torque tubes, in some cases the corrosion caused a significant reduction of wall thickness of the yoke, and resulted in failure of the lower elevator control lug.

What does this mean for you if you own or fly a Cessna? It would be very much in your best interest to take a close look at your aircraft’s rudder pedal mounts and torque tubes, and at its control yoke. But because most of the damage occurs on the inside of the tubing, simple visual inspection—standing at the open door and peering into the gloom—may well not find it. ‘First impressions are not everything … ’, as Jane Austen also wrote. For the rudder pedals, it takes a mirror and a light to peer inside the top of each tube. For the yoke, start by drilling a small hole as per Cessna Service Bulletin SEB01-3. Such inspections are incorporated in the Cessna supplemental inspection documents (SIDS) program that is required for all Cessna aircraft. To paraphrase Jane Austen one last time, ‘a LAME’s imagination is very rapid. It jumps from moisture to corrosion, and from corrosion to failure in a moment’. 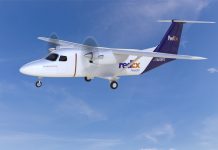