Beech 200 Fire protection system—extinguisher faulty. SDR 510020792
On climb, PIC received a fire warning for the L/H engine. L/H engine shut down and extinguishing system activated. Engineering inspection revealed a detector of the fire detection system pointing down at the hot section of the engine (fault corrected). It was also noted that the fire extinguisher bottle had not discharged. This was due to a broken wire on the back of the extinguisher switch. Wire reconnected and aircraft tested serviceable. P/No: 1015700211. 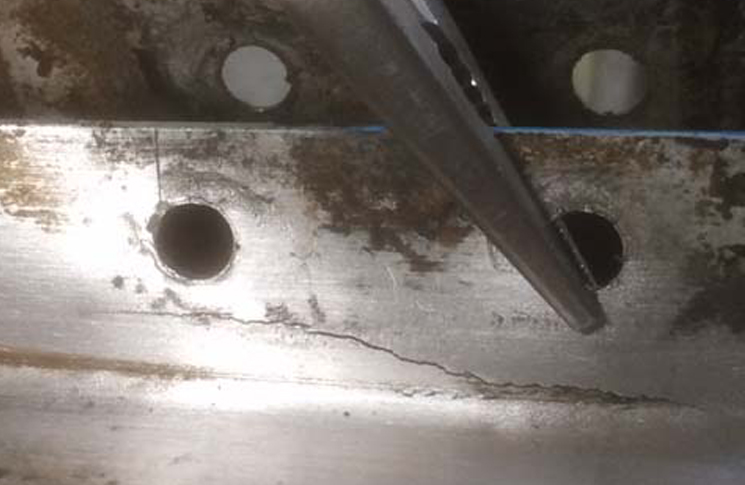 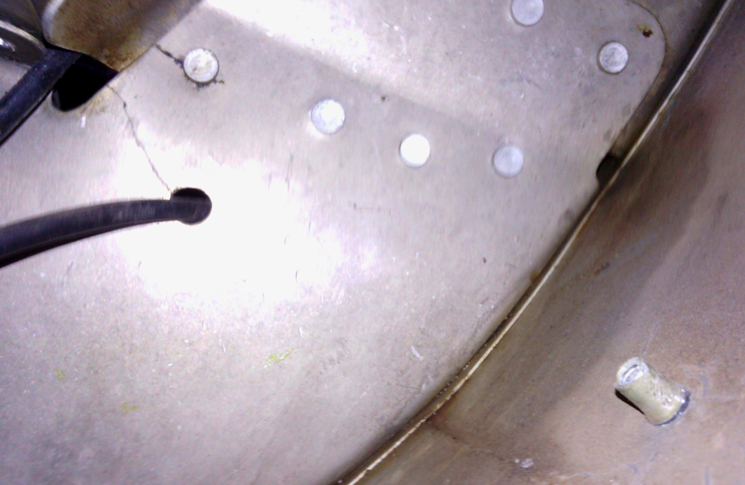 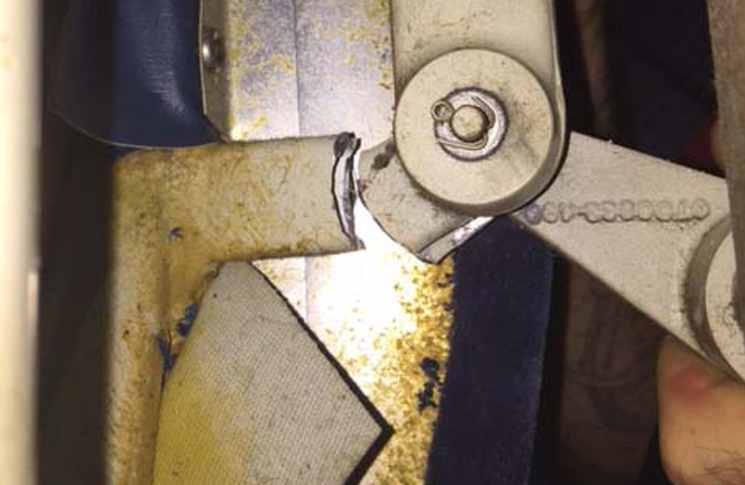 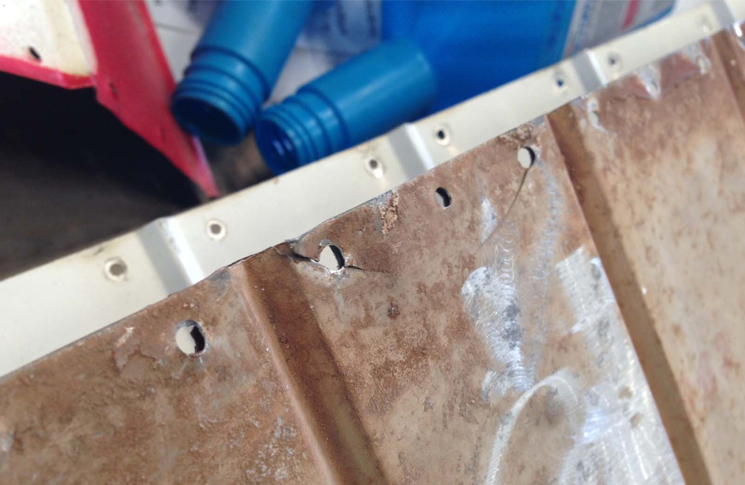 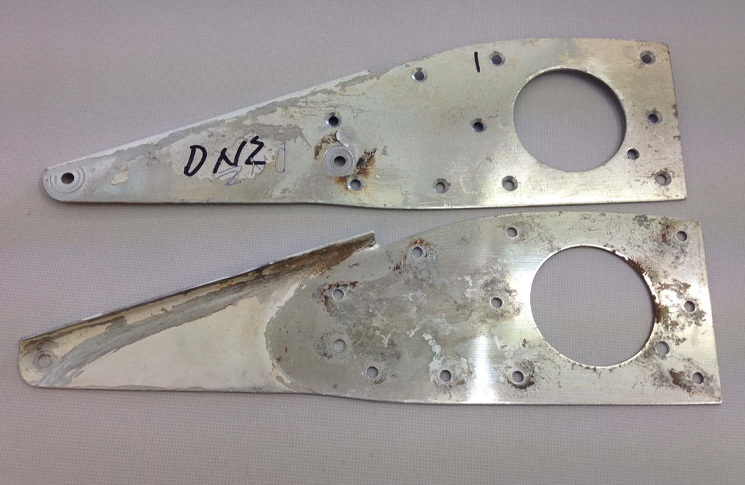 Cessna 182H Trailing edge flaps—flap track cracked and corroded. SDR 510020679 (photos above)
While carrying out SID 57-53-01—flap tracks corrosion Inspection, two flap support arms were found to be worn on the LH flap, skins on the LH flap were found to be corroded and cracked in several places on the trailing edge both on the upper and lower skins. Flap was removed, upper and lower skins removed and replaced, two support arms replaced. All inhibited and painted. SEB95-03 complied with. 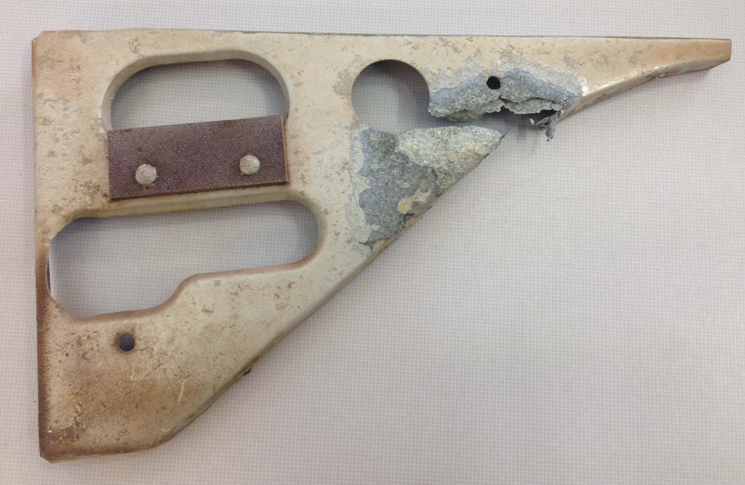 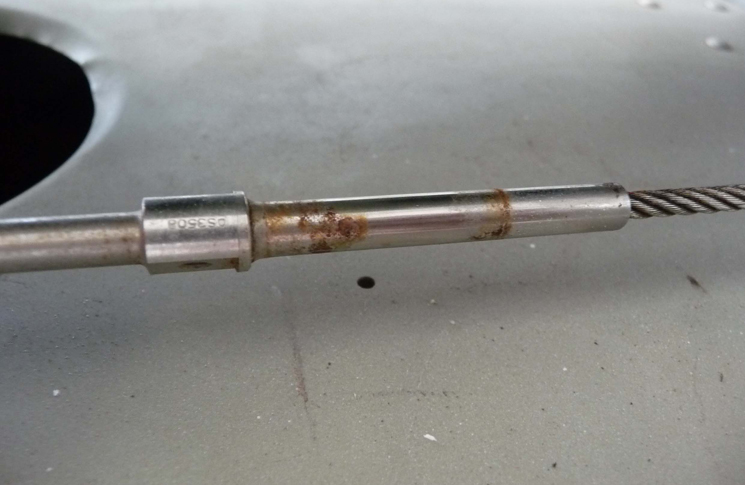 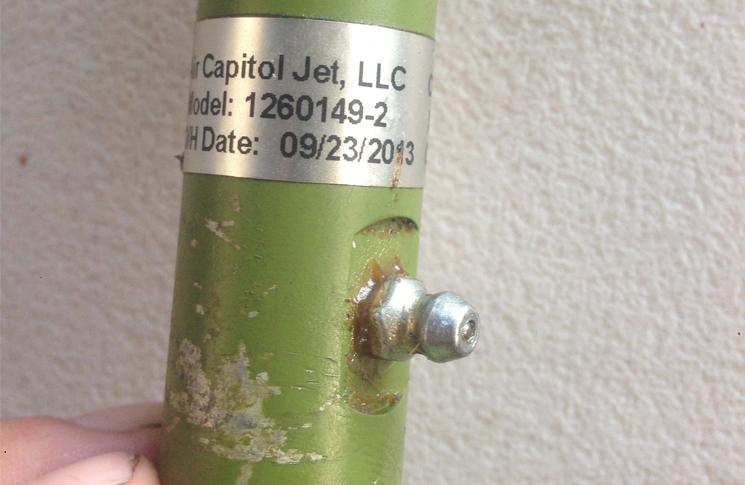 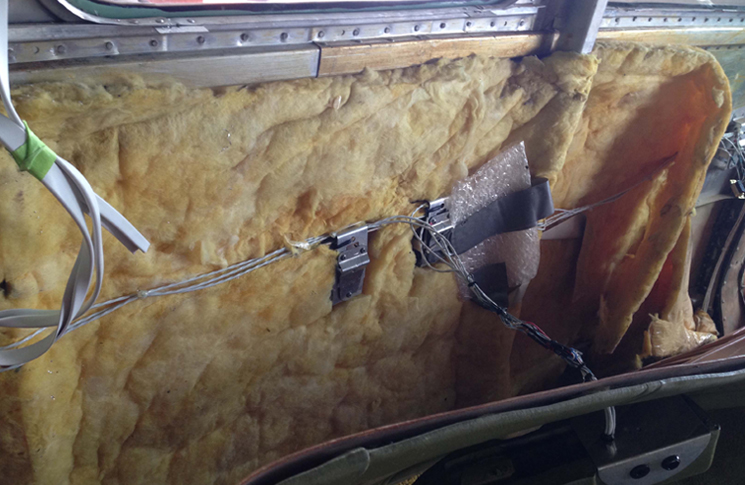 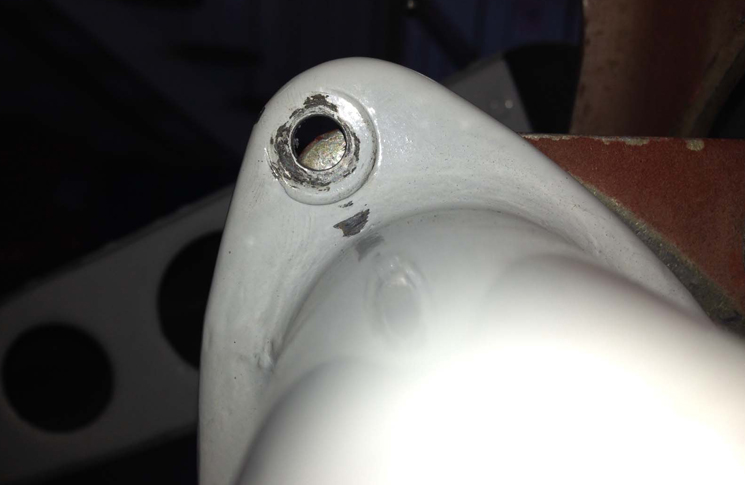 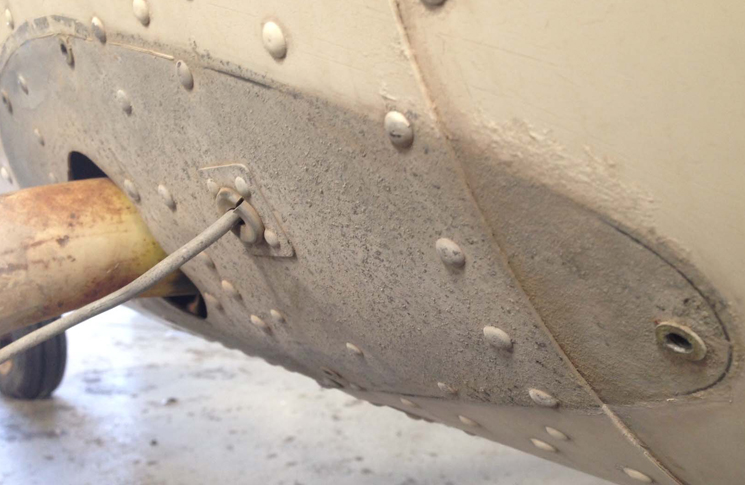 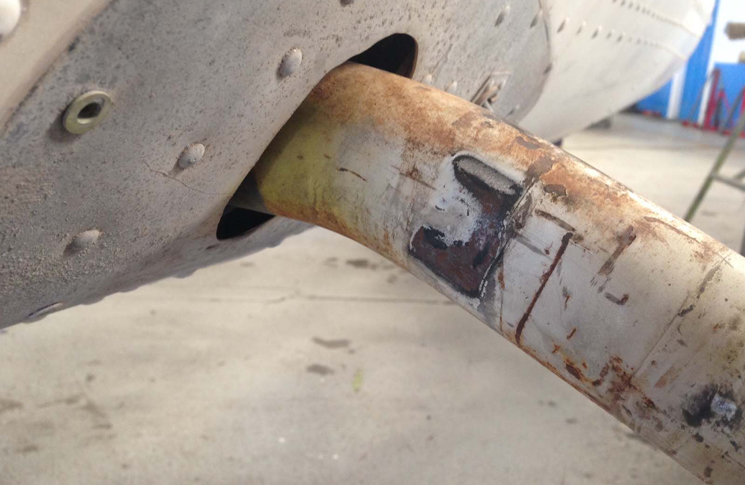 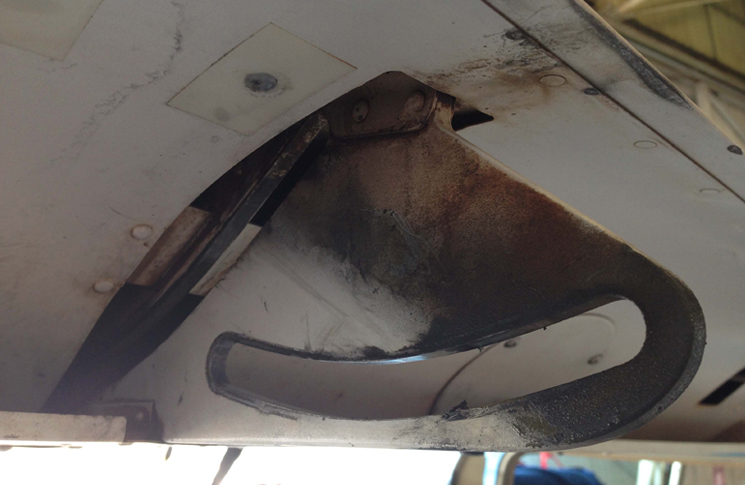 Cessna 208B Nose/tail landing gear—drag brace cracked and corroded. SDR 510020739
NLG drag link spring failed during landing/taxi. Suspect failure due to cyclic stress and SCC. Little evidence of corrosion around the area of failure. The OEM has released an optional modification that will address the issue. P/No: 26430623. TSN: 11148 hours/12162 landings. 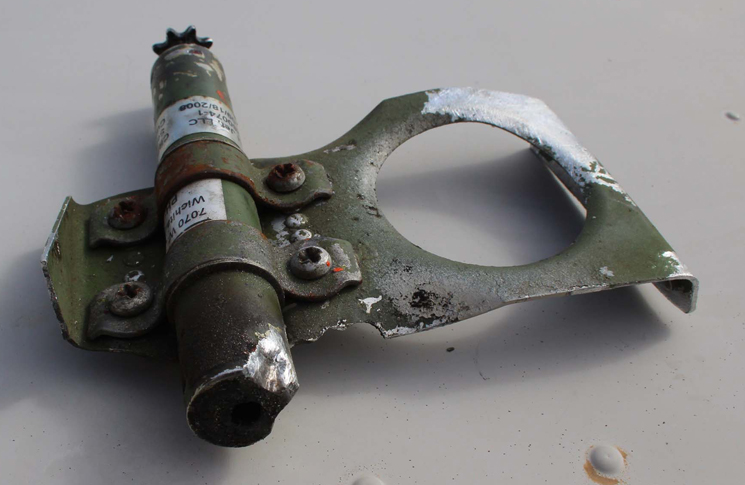 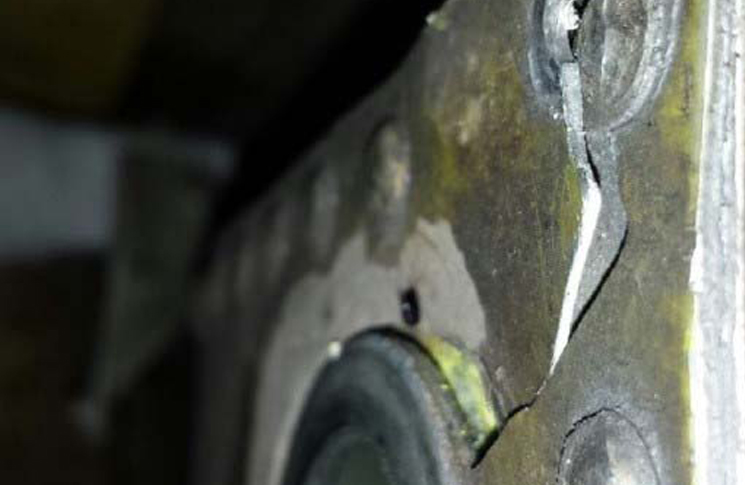 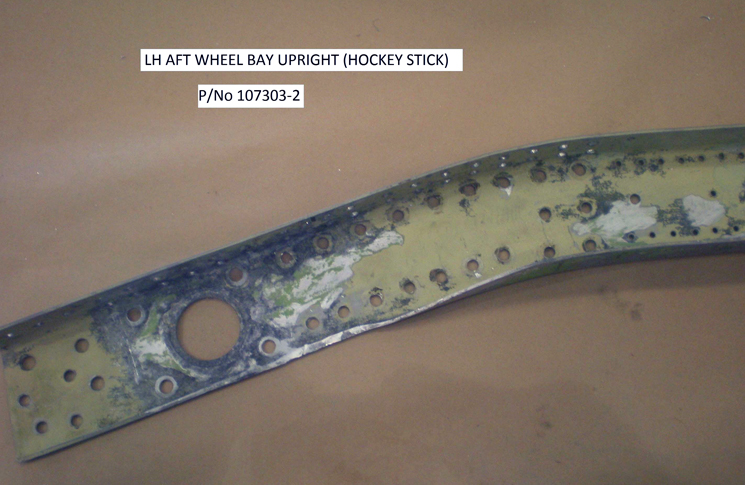 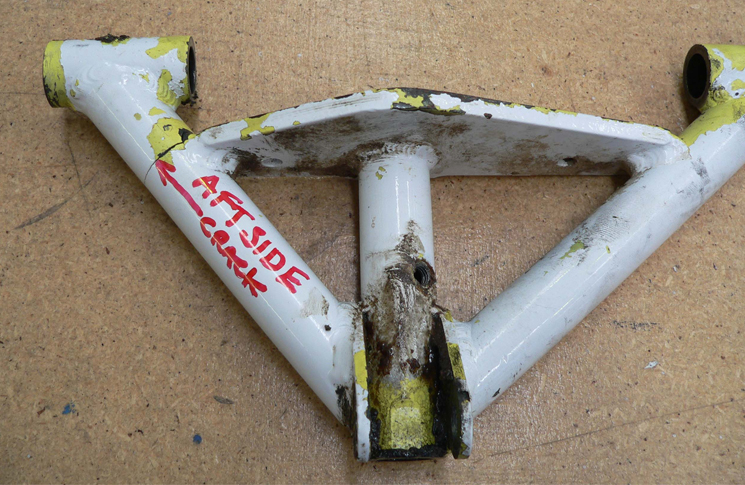 Mooney M20C Nose/tail landing gear—truss cracked. SDR 510020683 (photo above)
During an annual inspection the NLG truss support PN 540001-5 was found badly cracked through its L/H side diagonal member at the horizontal member upper weld connection point. We noted the new replacement trunnion PN 540001-503 was of a slightly different design that would be less prone to cracking in this area. P/No: 5400015.TSN: 4144 hours. 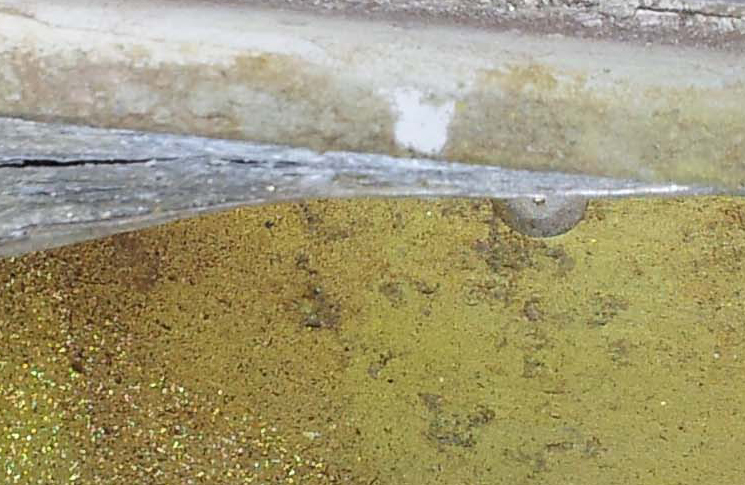 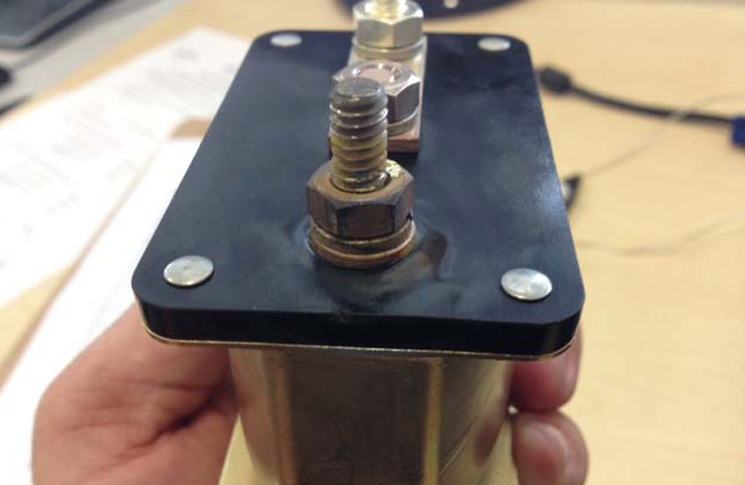 Swearingen SA227DC Electrical power system—switch unserviceable. SDR 510020662 (photo above)
During investigation into ‘burnt electrical smell’, L/H was found with an overheated terminal. This had burnt the Bakelite and the switch insulator and caused damaged to the terminal boot. Terminals and leads inspected iaw OEM inspection in December 2014 (2 months ago) showed no defects. P/No: 8787K11. TSN: 2471 hours/20 months. 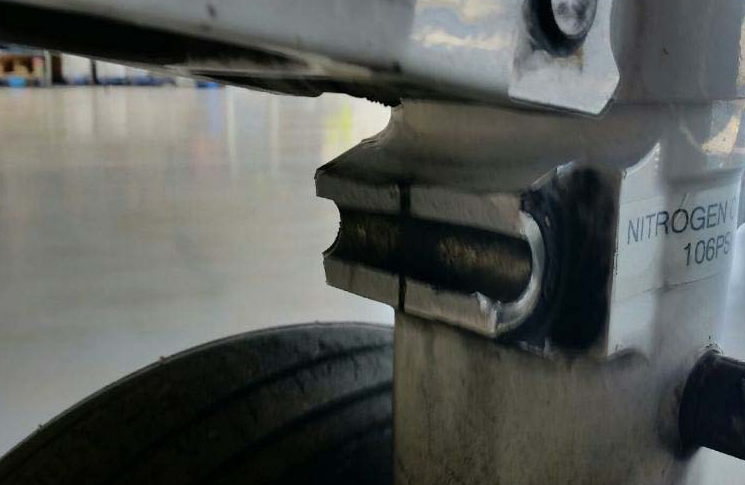 Swearingen SA227DC Main landing gear strut/axle/truck—landing gear unserviceable. SDR 510020571 (photo above)
After heavy landing, during the end of landing roll, R/H MLG lug on the yoke failed, causing the R/H MLG to turn 90 degrees to the direction of the aircraft. P/No: 2751505011. 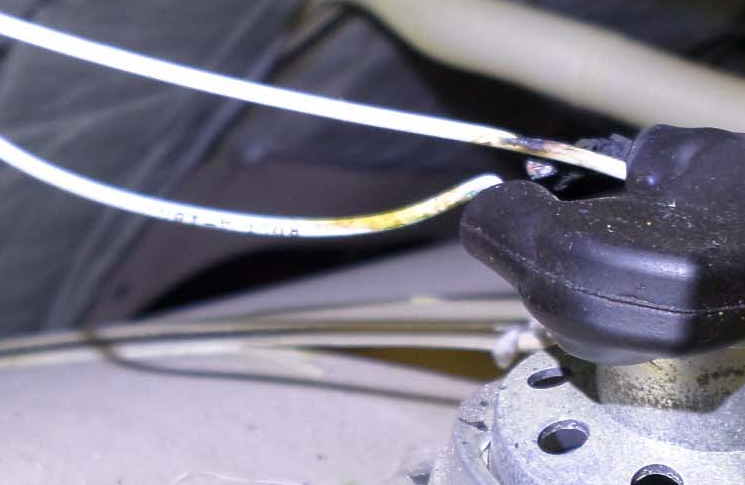