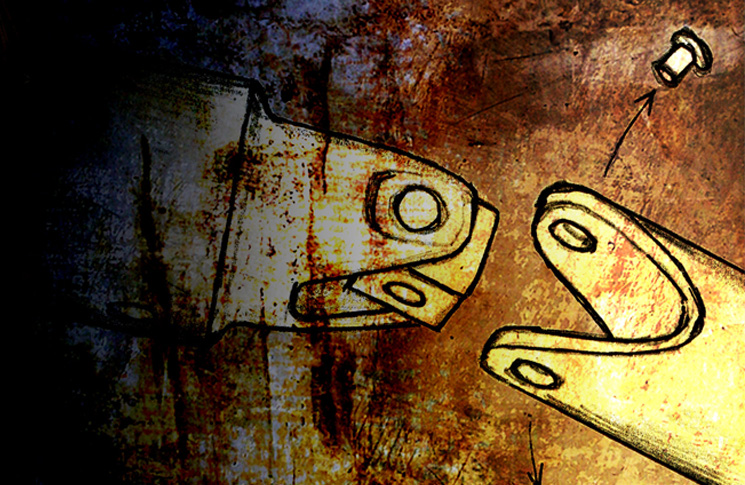 A simple failure of a common out-of-sight part can have nightmarish consequences. It now appears there are two ways for it to fail.

What do you do, if, as a student pilot, flying solo, you pulled back on the control yoke and rotated it slightly to the right—and nothing happened—and the aeroplane just kept on doing what it was doing before, which was the beginning of a descending left-hand turn? What would you do if the control yoke sort of kept on coming out of the hole in the instrument panel and landed on your lap, just as the turn was becoming slightly tighter and the descent steeper?

Freeze? Panic, maybe? You well might, because you would have read nothing in the training syllabus so far about how to maintain control when the controls have completely disconnected. Strange as it may seem, flying training is mostly based on the premise that the controls are connected to the control surfaces.

Sitting there reading this, in contemplative silence with a hot beverage at your elbow, by now you may have worked out that you could have maybe leaned over and grabbed the control yoke on the passenger side. That would be more than slightly disorienting at first—perhaps you could manage, even as a student pilot. But how, while leaning over to the other side of the aircraft, would you be able to see over the instrument panel to the runway to do a halfway decent landing. And how would you pull the throttle back? Oh yes, with your teeth? Interesting.

This really happened in a Piper Warrior about a year ago. Fortunately, the student pilot was not flying solo and the instructor was able to take over control while the student was left holding a useless piece of fancy plastic moulded onto the shiny shaft poking out of the instrument panel at a strange angle.

Why did this happen? Behind the instrument panel is a small universal joint that connects the control yoke to the aileron and elevator control circuit. Investigation by a LAME determined that this universal joint had fallen apart. The critical bits had fallen somewhere near the pilot’s feet.

This procedure was a bit of a hit-and-miss arrangement. Sometimes the drill lined up exactly with the hole in the uni-joint and the connecting bolt went through the tube and the uni-joint. Sometimes, however, the drill completely missed the uni-joint, (A more precise description would be in ‘close but no cigar’ or ‘a grazer’). In this case, when the bolt was done up, instead of going through the uni-joint, it only clamped the tail end of the joint. Everything was OK if the bolt remained tight.

It passed factory inspection, but when the bolt came loose just a little, as it did on at least one occasion, the u-joint parted with the control yoke tube and … the great disconnect would take place with expected resultant panic in the cockpit. Because this problem existed on quite a few aeroplanes, the US Federal Aviation Administration issued AD 2010-15-10 Incorrectly Assembled Control Wheel Shafts.

Later uni-joints came with witness holes, which allowed inspection of the tube and connecting bolt.

But the 2014 failure was different—the bolt problem had been corrected, they were all in place. It was the actual joint that had fallen apart. Two screwed-in pins had come out.

An examination of the bits that could be found after the event did not provide any conclusive evidence. It seems that one or more of the small pins that are screwed into the square block in the central part of the uni-joint had either sheared or backed out.

One suggestion was that it was possible that this individual universal joint may have had an undetectable manufacturing defect of some kind, which made it susceptible to failure—a one in a million type of thing. Another was that the control yoke must have copped a right hammering over the years due to being accidentally hit and knocked as students entered and exited the cabin. (Doing this without banging your knee is an unacknowledged item of the PPL curriculum.) If you put the two together, well, that kind of makes sense. That could happen.

Fortunately this is a very rare occurrence, but aeroplanes are getting nothing but older (this universal had some 9000 flight hours under its joints—and who knows how many ground-hours in a flying school). This means it is time for everyone who climbs into the cabin of a light aircraft to inspect these kinds of universal joints (there are thousands in the Cessna and Piper fleets alone). Take a torch and a pair of goggles, hold the control shaft each side of the universal joint, and check for wear and any looseness.

Why the goggles? To keep any little bits of uni-joint from falling in your eyes, of course! 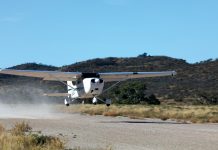