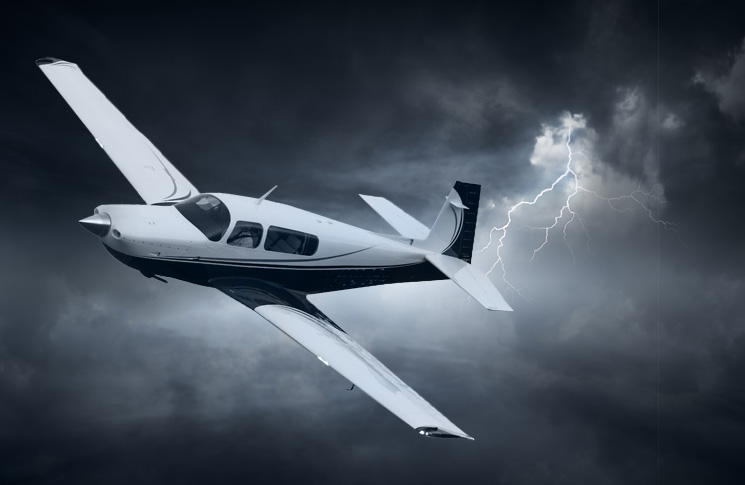 Pressing on into an approaching storm-front, then going into low level ‘turn and run’ mode; this was as close to a terminal accident in a light aircraft as I ever want to get.

As a general aviation LAME I have experienced, and generally enjoyed, many away-from-base rescue missions in light aircraft, piloted by a variety of people ranging from flying instructors to private pilots. Some of them I knew well, others not at all. I have learnt to ‘expect the unexpected’ and adopt certain self-preservation measures, such as being aware of where we are in respect to where we are intending to end up, and always confirming that the ‘gear’ is where it should be before landing (I find myself listening carefully for that, even travelling by large jet). This also includes noticing whether fuel management is happening (or not).

This flight was a short-notice trip from Jandakot Airport in Perth, WA to a remote mine site in the southeast corner of the state’s Pilbara region, taking a main-wheel assembly to replace one on a Navajo which had deflated overnight.

Listen to this close call:

The ‘rescue’ aircraft was an early M20J Mooney, the ‘driver’ a CPL I didn’t know. The non-stop flight to the mine site was uneventful, in clear VFR conditions. Arriving just a few minutes behind plan I was advised I had less than 20 minutes to jack the Navajo, change the main-wheel and be loaded in the Mooney ready for departure. Otherwise we would miss legal last light.

We missed the deadline, by about two minutes. The pilot’s call was not to risk pushing the limit in case we hit a kangaroo and the insurance company refused the claim, and the other obvious risks to his licence etc. Hard to argue with that!

We overnighted at the mine site, knowing that a cold front was forecast to cross the coast (and our return path) around 2 am local time, likely creating low cloud, rain and gusty winds for hundreds of kilometres north and south of Perth. We made an additional fuel stop at Meekatharra the next morning in case of diversion, and headed west. Not surprisingly we encountered increasingly adverse weather overhead, and began descending to remain VFR below it.

As we continued to descend, and becoming increasingly concerned, I asked the pilot was he IFR rated. ‘Yes,’ he stated. Has the aircraft been IFR rated in the past? ‘Yes—it was maintained to IFR standards until a few months ago,’ he added.

‘Why don’t you advise Flight Service of our situation, tell them you need to go IFR rather than keep descending, and ask to be radar-vectored into Perth?’ I suggested.

Not being a pilot, no doubt there is a lot I didn’t know. The pilot twice refused my suggestion without explanation and made a 180-degree turn to the east to try and out run the front while further descending—both of us looking anxiously for the Ballidu airstrip. I estimate that we were down to less than 500 feet AGL when I saw the airstrip disappearing behind our starboard wing-tip. With a hurried steep turn we did a successful straight-in approach and landing, and watched the weather close in all around us as we taxied off the runway.

The rest was anti-climactic. We waited until the weather permitted us to continue the flight safely and legally to Jandakot Airport where we unloaded and went our separate ways.

No apology, or even explanation, was offered.

I didn’t pursue the matter, but even 10 years or so later this incident remains the only time I can remember when I felt genuinely concerned that I may be about to end my life in an aircraft accident.

What lessons arose from this incident?

For me, don’t assume the obvious; since we both knew about the approaching frontal weather system I had good reason to ask what ‘Plan B’ my pilot had if the weather was impenetrable VFR.

Crew resource management was in play when we were looking for the emergency-landing airfield, but apart from that I felt like a spectator, remote from the pilot although seated side-by-side in a four-seat single-engine aircraft, while having the strong feeling that both our lives were in imminent peril.

I guess most victims of aircraft accidents don’t get to sit next to the pilot, and may be quite unaware of the impending danger until it unfolds in disaster. More discussion with the pilot during the outbound, uneventful, flight may have allowed each of us to get a feel for the nature, experience and background of the other person, which may have opened the lines of communication when the later flight became a situation of considerable tension and anxiety.

So in future ‘short-notice rescue flights’ I intend to be more assertive about conducting some kind of interview early in the preparations or the flight, so we both have a better idea of who the ‘crew’ are, in case we need to activate some ‘CRM’! 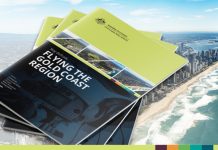