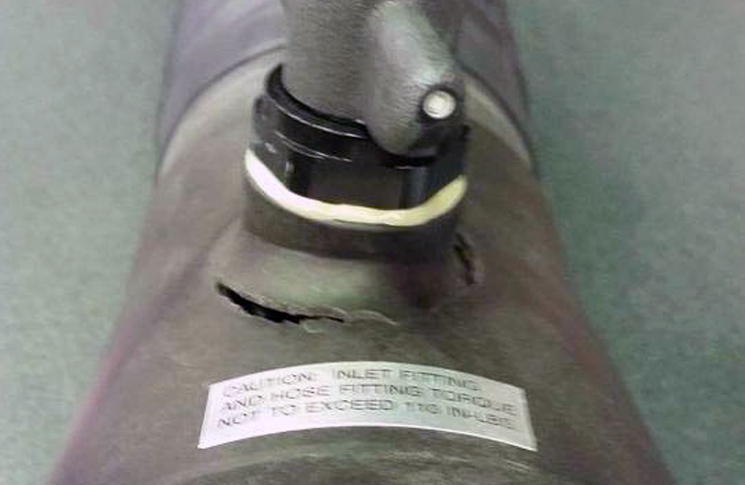 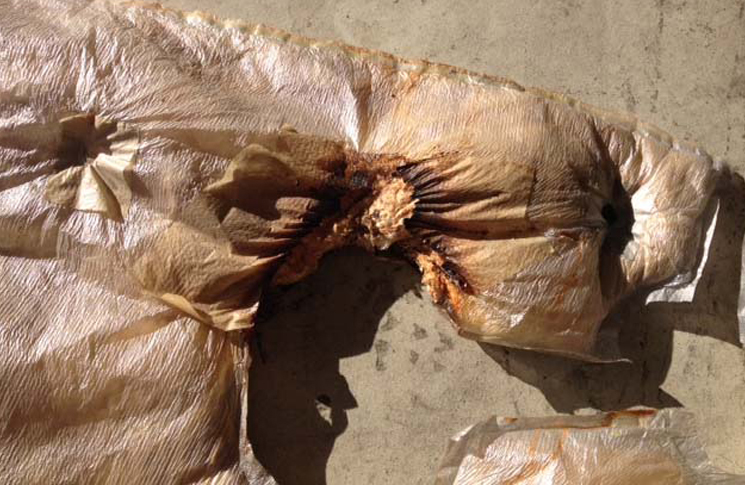 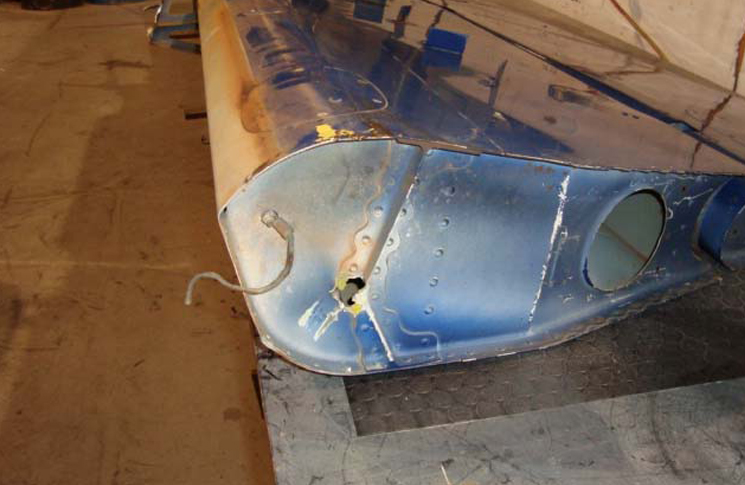 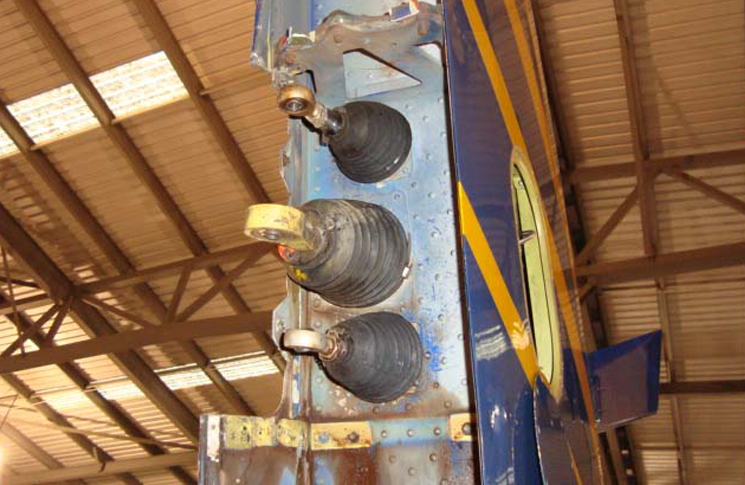 Embraer EMB-120 Rudder structure—rudder damaged. SDR 510021202 (photos above)
Rudder sustained major damage during towing accident when it was contacted by the RH wing tip of another aircraft being towed. 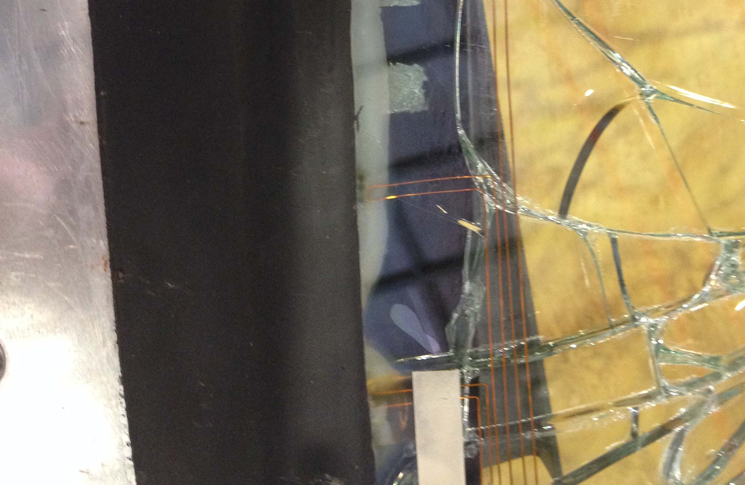 Embraer ERJ-190-100 Battery/charger system—battery failed. SDR 510021342
No. 1 battery failed with a loud bang when turned on. Investigation found the case deformed and the battery lid ajar. One of the battery lid latches had also come away from the lid. Connector P0231 separated from the receptacle and the connector locking mechanism was found sheared with the remaining section stuck in the receptacle. Nil damage to area around the battery. Investigation continuing. P/No: 591285501. TSN: 9384 hours/7273 cycles

Fokker F28 MK0100 Elevator control system—elevator system suspect faulty. SDR 510021230
Elevator controls felt heavier than usual when autopilot disconnected. Investigation could find no definitive cause for the problem and the stiffness has not reoccurred. Suspect caused by icing. 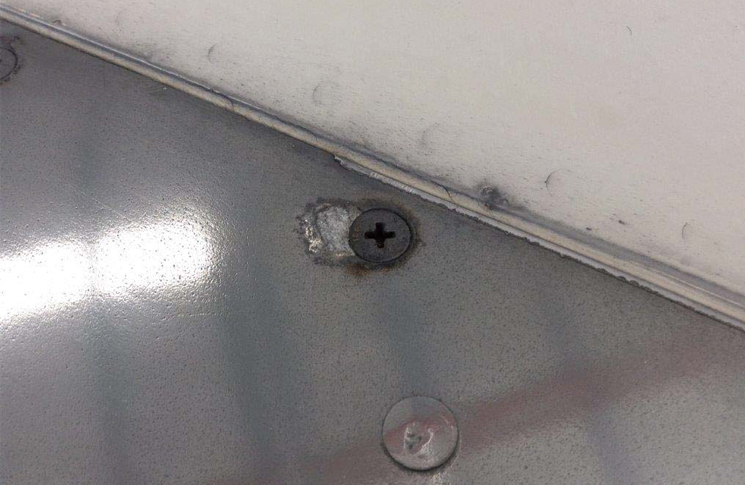 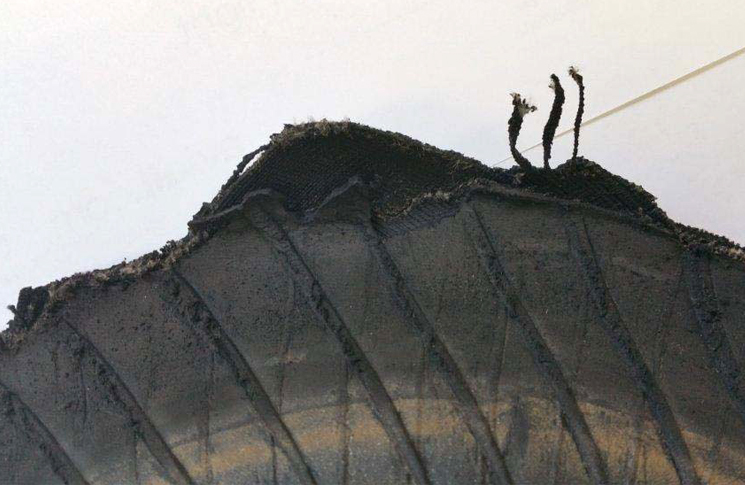