Unsealed strip operations should present little difficulty as long as you are well prepared and have considered some key factors.

Flying our outback is one of the great joys and privileges that comes with an Australian pilot’s licence. You’ll find that most airstrips out here aren’t overly burdened with the first class trappings of a city strip, like bitumen, a windsock or a centreline. But learning how to operate safely on bush strips opens the gates to so much of regional Australia that you’d otherwise miss out on.

Well before you turn up in the circuit, it’s vital that you’ve done your homework on the strip you’re heading for.

Is it actually suitable for your aircraft and your level of competence? The only way to know this is to pick up the phone. Call the owner and have your list of questions ready. Is it long enough? Any slope to be aware of? Tell me about the surface. Clay? Red dirt? Stony? How long since it’s been graded? What about the surrounding terrain? He’ll be a lot more enthusiastic about that healthy line of trees on the fence line than you are, let me tell you. And—being pedantic—you’re going to want the strip all to yourself so check he’s not planning to open the gates and let his stock in to graze that day. That always makes for a fun surprise on late final.

Usually, the owner of a bush strip is also a pilot, so will understand the need for your probing questions. But don’t lose sight of the fact that, potentially, he’s been landing there for decades, knows every inch of the strip and circuit area and is completely at home with its various challenges. You’re not. And, finally, you’re speaking to an Australian farmer. He might be overjoyed by all the recent rain and report the strip as looking fantastic, but long wavy grass in lovely moist soil is not really anything to sing about when you’re trying to get your aircraft off the ground in 500 metres.

So, you’ve established that your strip is deemed suitable for a landing and take-off. Once you arrive in the circuit area of an unfamiliar strip, take the time to overfly it and, as well as checking out the surface, check for stock or ’roos waiting to meet you half way down the strip. If you see you have company, fly low and loud along the length to encourage them to scamper off. If this unwelcome noise results in your having to buy the neighbouring farmer a beer that night, make it two and do it graciously. You may be one of many visiting pilots he has to contend with.

Be aware of the surrounds. If you’re coming into a bush strip on a windy day, have a look for any trees or possible cause of rotor that’s going to disturb the airflow, which, in turn, will affect your approach and landing. Don’t just look at the approach end; check the other end as well in case of a go-around and size up whether you’ve got any high branches, posts or powerlines that you’ll need to factor into the equation.

When you’re preparing for a bush strip landing, it’s important to get the aircraft set up earlier than normal in the circuit. By late downwind, you should be slowing the aircraft up so that you’re at your desired height and speed on base. By the time you’re on final, you should have only small adjustments to make to maintain a nice profile to come in to land. Many instructors will advise you to keep a little bit of power on to maintain your desired profile, as opposed to gliding in.

With any landing onto a short strip, you need to nominate a strict landing point. This is a point on the runway at which if your wheels are not on the ground, and you’re committed to the landing, then you must go around. Do not try and persist with the landing. The point needs to be about a third or a quarter of the way along the runway; no further, otherwise you’ll end up running through the end.

Operating on a natural surface, care of your prop is of the utmost importance. In a nose- wheel aircraft, once you’ve made contact with your main wheels on landing, keep the aircraft balanced on the main wheels as the aircraft slows, then gradually hold the stick all the way back to keep the nose wheel off the ground. It’ll make for a much smoother ride and will save your nose-wheel gear from the stress of any unnecessary bumps as you slow down. When the nose wheel has settled on the ground, it’s important still to keep the weight off it while you’re keeping nice and centred on the strip as you let it roll through. Be conscious of the remaining runway at this point and apply brakes evenly as required to help the aircraft stop.

In preparation for take-off at any bush strip, have a look around and plan your taxiing with care. If you’re in any doubt as to the surface condition, walk it first to make sure there are no unexpected holes or logs hiding in the grass, or soft wet patches in the clay.

Once again, prop care needs special attention on any bush strip. Here are some basic tips:

Well before you get to this point, you need to have done your homework on your aircraft’s documented speeds. Do you know its best angle of climb speed? Best rate of climb? Stall speed with and without flaps? You’re going to need all these, particularly if there are obstacles to clear when you’re departing a short strip. Once again, look after your prop and apply power smoothly on take-off, pulling the stick back to lift the nose wheel off the ground so that you’re doing the take-off roll on the main wheels only, keeping a constant attitude, until the aircraft is ‘ready to fly’.

There’s no such thing as being too prepared, so why not grab an instructor next time you’ve got a free day and spend some time off the bitumen? Brush up on your short and soft field landing techniques and while you’re at it, take the opportunity to talk to your instructor about anything you’re unsure of in the aeroplane. It’s up to you to get as much out of the session as you can. Ask questions; don’t worry if it sounds trivial. It’s far more intelligent than wishing you had the answer when you really need it. 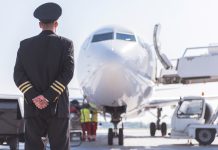