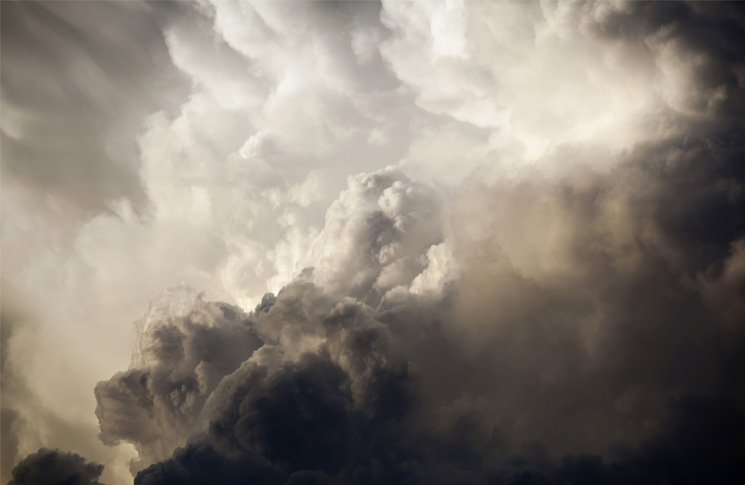 It was the early 1980s and I was about to do my second solo from a small airport on the NSW north coast; no great facilities, just a seldom-used terminal and a few hangars. I could see low, dark clouds off to the east and when I asked my instructor about weather conditions he assured me (with his 30-plus years of local experience) that it would be fine. The aircraft was a well-used Piper Tomahawk. It came complete with a rag to wipe up the small puddle of fluid on the floor under the controls every time we used it. When I quizzed my instructor, he used the old gag about only worrying when there was nothing there because that meant the reservoir was empty. I asked again about the weather. It was my call of course, but again he told me not to worry.

I took off to the west and put the Tomahawk into a left-hand turn as I climbed to 1200 feet, intending to head for the training area. As soon as the turn was completed, I found myself in thickening cloud with the strip disappearing under my left wing. I had done no IFR training at all and tried to steady my thoughts as the wind began bouncing me around and the cloud locked me in completely. I had no idea how I would find the strip safely, so I decided to head for the training area and hope conditions cleared. They didn’t. It began to rain. I knew 22 was the eastern end of the runaway, so if I flew on that heading I imagined I would have a vague idea of direction. I knew there was a hill ahead and to be safe I climbed to 5000 feet hoping to break through, but to no avail and the turbulence was increasing.

At this point I had very few choices, but I decided to take an educated guess at the time I’d need to clear the hill near the coast and then descend over the sea in the hope of finding a gap in the weather. I kept telling myself to watch the instruments and stay calm. After 10 minutes I began the descent. Four, three, two, one thousand feet, all the while sweating like a marathon runner with the effort of keeping the aircraft under control. There was nowhere to go but down, and I was feeling a little fatalistic at this stage because I didn’t know how to swim anyway. Cloud was still thick at 500 feet but at around 200 it thinned and I found I was over the sea under a dense overcast with some fog.

I turned back toward the coast and saw the bulk of Trial Bay Gaol on the headland at South West Rocks, so at least I knew where I was. I had no choice but to drop lower and find the mouth of the Macleay River. We had done an exercise just a few weeks ago of following the river home, which was handy because I knew where the powerline crossings were and could clear them without surprises. It was still a struggle to hold it in the wind, but eventually I saw the poplar plantation that would point me to the water reservoir and a final approach.

I’d come this far and I wasn’t going to let a crosswind put me off at this stage.

I wobbled it down onto the strip and taxied back to the hangar. I was soaked to the skin when I stepped out of the aeroplane. ‘You got back alright then,’ my instructor said, and that was it. He was very old school and it was the bush. But I now had to consider several things; all of which were no doubt coloured by wanting to do that second solo.

I could have called it off, but I deferred to the experience of my instructor who, as it turned out, wasn’t a great judge of weather. He could have erred on the side of safety, but wanted me to get my hours up. I hadn’t been trained for the situation I found myself in, and if I panicked it would have been over quickly. On the plus side he had taken me through the exercise of flying up the river that saved the day. A few weeks later, with me in the right-hand seat, we were coming in to land in his Rockwell 114. As we crossed the fence, I rapidly reminded him that he hadn’t lowered the undercarriage. He pulled back on the controls and we went around. ‘Bugger me,’ he said, ‘with you sitting next to me I was thinking we were in the Tomahawk.’ So maybe it wasn’t all my fault.