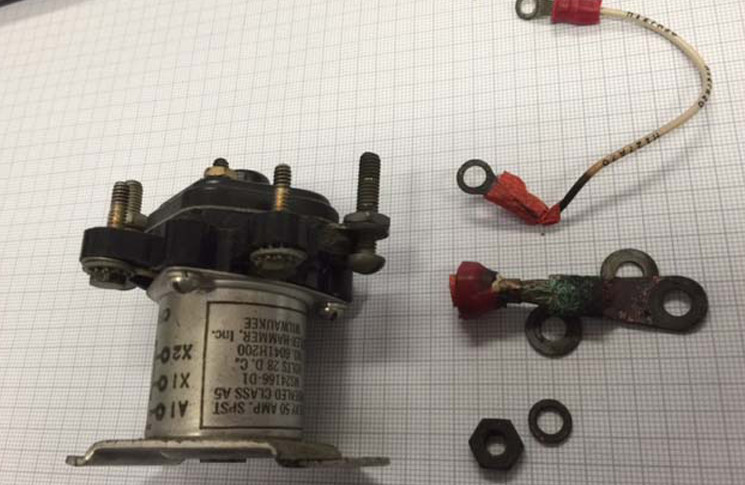 Beech 200BEECH wing plates/skin—skin debonded. SDR 510021773
While carrying out scheduled ‘tap test’ for debond as required by B200 MM Chapter 5-20-05-39 at Phase Inspection, an area of debond was detected in the L/H upper inboard wing skin just aft of the aux fuel tank access panel. 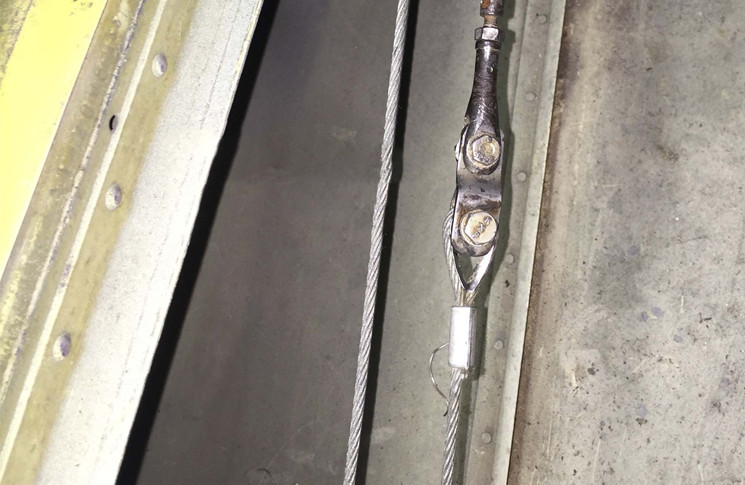 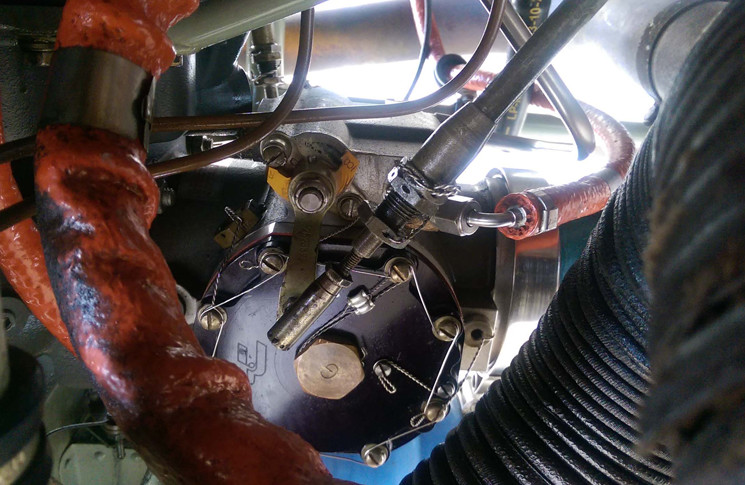 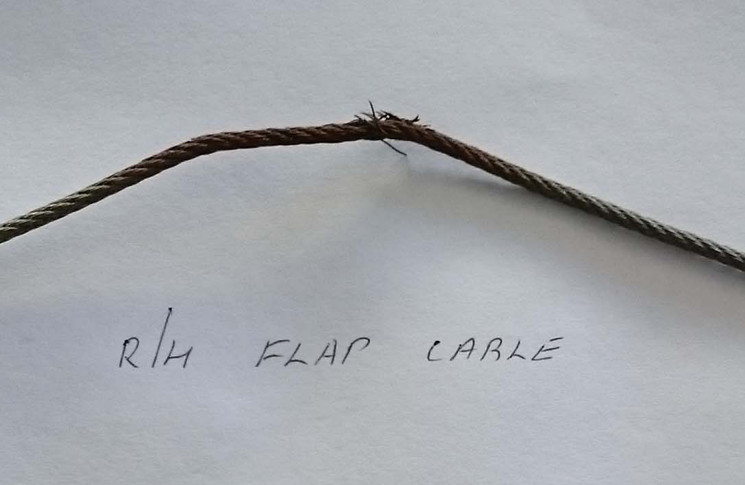 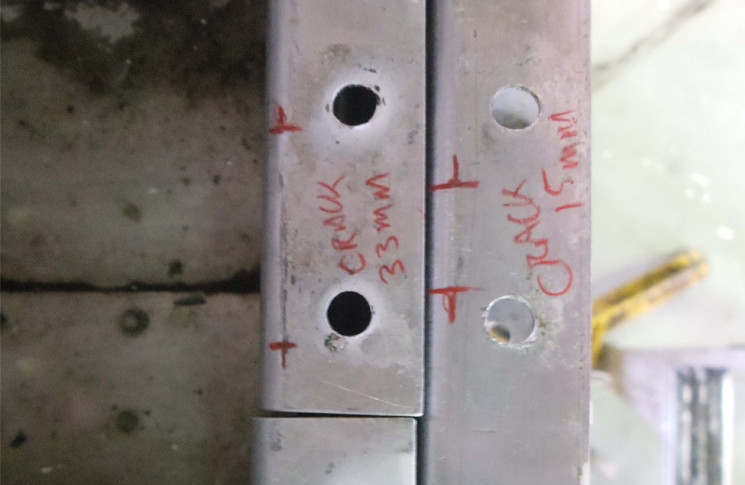 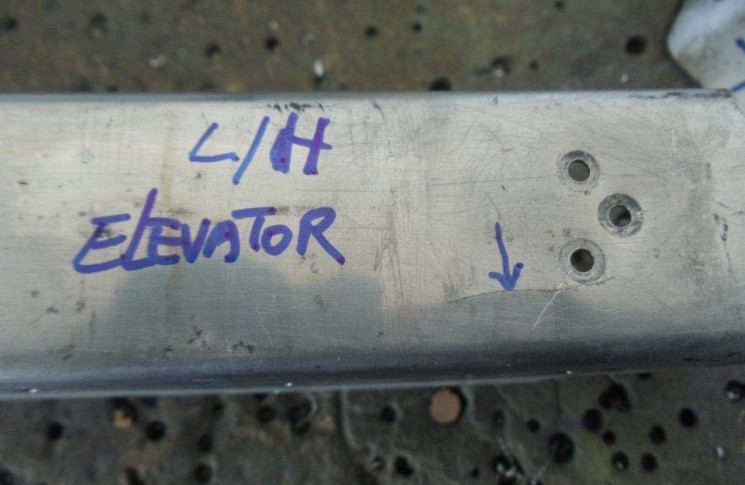 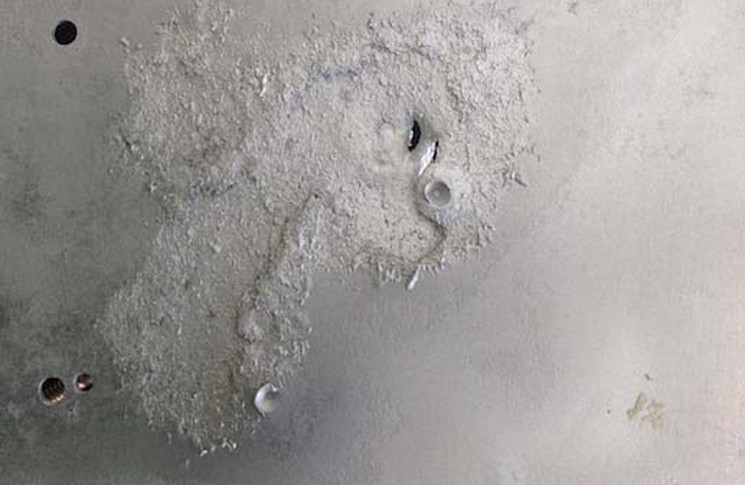 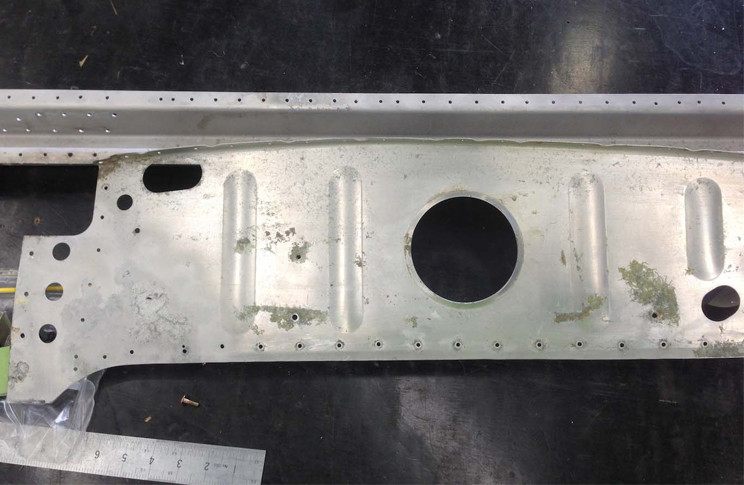 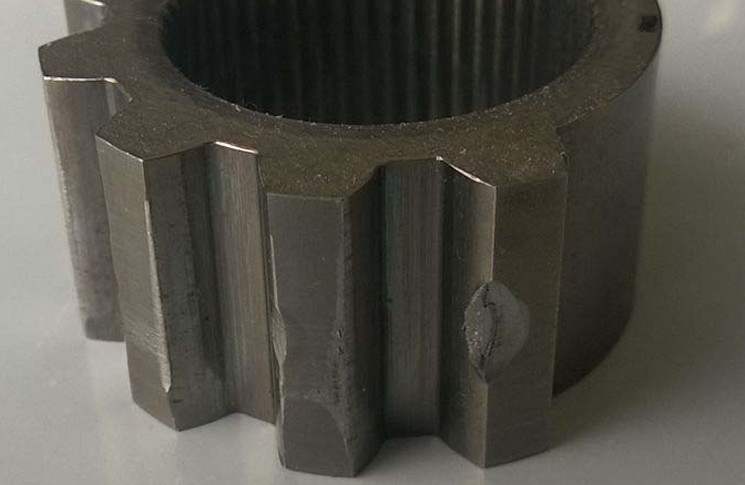 Cessna 172R landing gear/wheel fairing—fairing cracked. SDR 510021771
Aircraft landed and experienced nose wheel shimmy to such an extent that the plastic nose wheel fairing was extensively damaged. The defective fairing was removed, the wheel and nose gear steering system inspected with nil fault noted. The wheel was replaced with a serviceable spare assembly. and the aircraft was released to service. It is assumed that the fairing may have sustained damage to the scraper part of the fairing which reduced the rigidity of the fairing which then initiated the shimmy and the shimmy progressed rapidly causing the fairing to contact the tyre and break up, with the scraper part of the fairing dropping onto the runway where it was found during the runway inspection by the airport safety officer as part of his daily routine. P/No: 054307915. 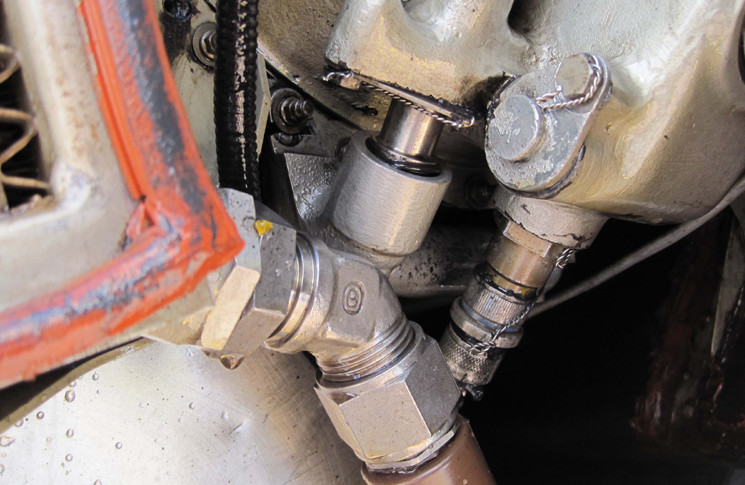 Cessna 208B servicing—maintenance program incomplete entry. SDR 510021619
A service bulletin was overflown on the aircraft because it was not scheduled by CAMP systems on Cescom report which was issued as a part of the maintenance release. 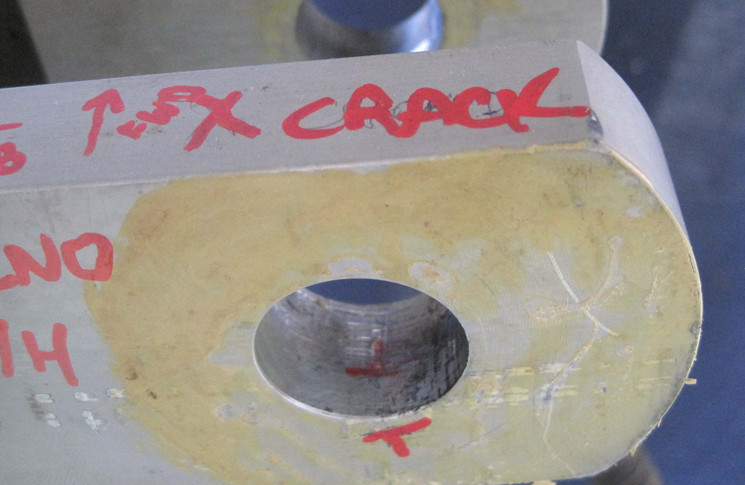 Cessna 402C fire detection system—fire detector failed. SDR 510021473
Aircraft had a fire warning on the R/H engine. The aircraft landed safely with no evidence of fire. Upon inspection it was found that the clamp holding the fire detector had broken putting stress upon the detector. The detector broke in two causing the indication fault. 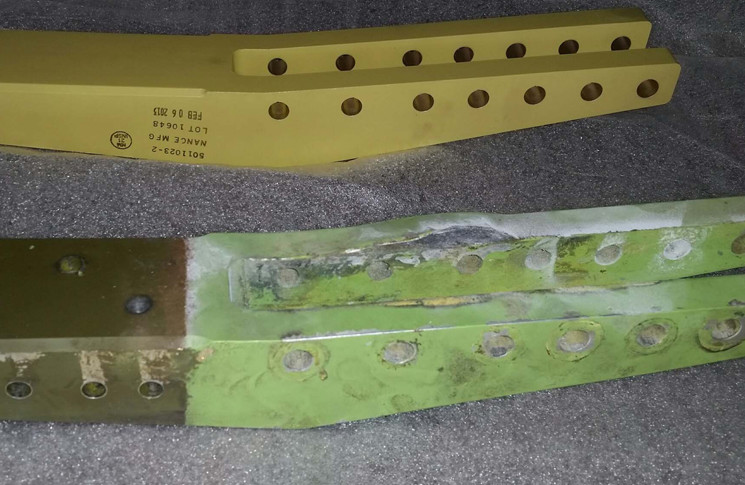 Cessna 402C wing frame structure—fitting corroded. SDR 510021862 (photo above)
The R/H upper wing fitting found corroded at the wing type B inspection, this is a 1200 hr inspection. (R/H upper rear wing fitting). This was caused by exfoliation corrosion. The corrosion had started on the inner top surface, this surface butts up with the top spar cap and is not visible at normal inspection. The corrosion then progressed to the front top surface where it was visible. P/No: 50110232. TSN: 16268 hours 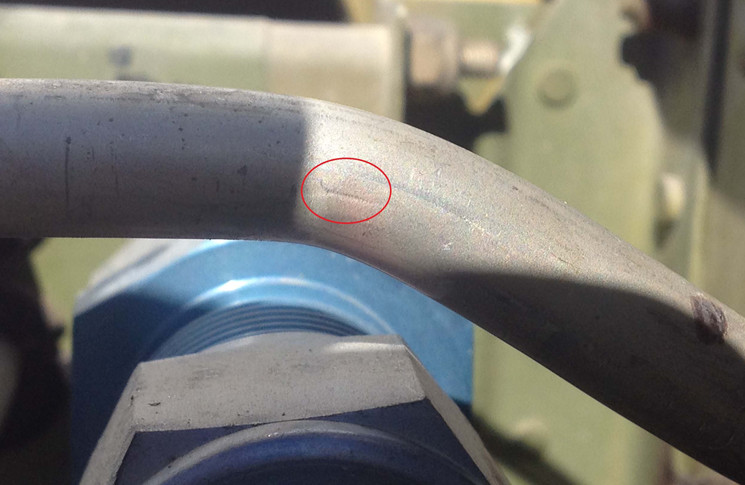 Cessna 441 hydraulic power system—hydraulic line split. SDR 510021756
Upon selection of gear down the gear did not extend, both low flow lights illuminated and the hydraulic pressure light didn’t illuminate. The gear was extended using the emergency blowdown. The hydraulic pressure line (Cessna 441 IPC 29-10-00-01-121/077A) from the RH wing root canted rib to RH nacelle was found split on the corner at the outboard (nacelle) end. The line was replaced, post emergency extension checks carried out & the aircraft returned to service. The hydraulic line has accrued 347 hours since the last Phase 8 (600 hourly hydraulic system pressure test). P/No: 572700223.

Cessna 441 passenger/crew doors—door frame cracked. SDR 510021472
During routine maintenance an inspection was carried out on the passenger door. Inspection revealed two significant cracks on the main structural beam of the door. Part 21 provider suspects cause to be foot loads during airstair door usage. Approved repair is being carried out. P/No: 57111685.

Cessna 441 rudder control system—pin worn. SDR 510021603
The rudder trim had slid down about an inch and Stopped the lock being fitted. Further inspection showed that the pin had worked past the locking pin which was still in place but showed significant wear. P/No: 513301515. 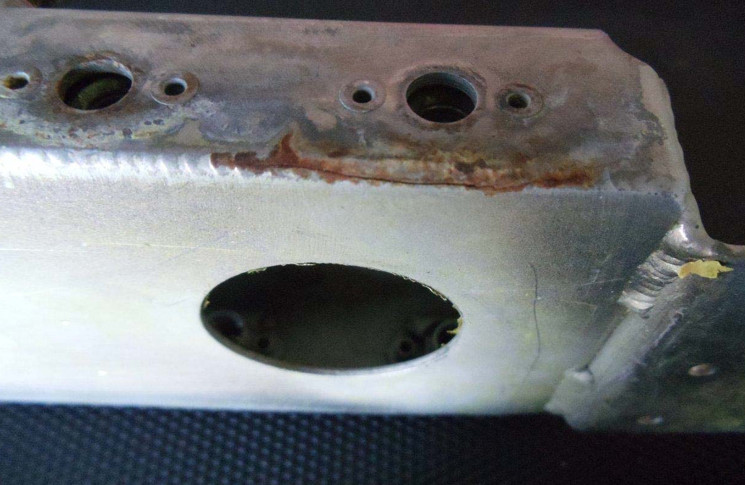 Diamond DA40 rudder control system—rudder system incorrect part. SDR 510021860
Two Diamond DA40 aircraft were released to service with the incorrect part number rudder pedal ‘S’ tubes installed due to incorrect information supplied by the OEM Illustrated Parts Catalogue. Aircraft manufacturer confirmed that the DA40 Illustrated parts catalogue does not contain the correct part number for the rudder pedals being requested. Diamond Aircraft have advised that a manual change request was submitted through their Airworthiness Department to amend the DA40 IPC. Aircraft rudder pedal ‘S’ tubes have been changed. P/No: 2227231100AND2227231200.

Gulfstream G73AT auxiliary gear (tail skid)—float corroded. SDR 510021741
During scheduled maintenance the float was separated from the pylon and the corrosion on the float spine was evident. This area is not visible with the float attached to the pylon. The spine is being replaced with a new item and the 800 hour inspection being carried out as scheduled. P/No: 108205. TSO: 790 hours/21 months 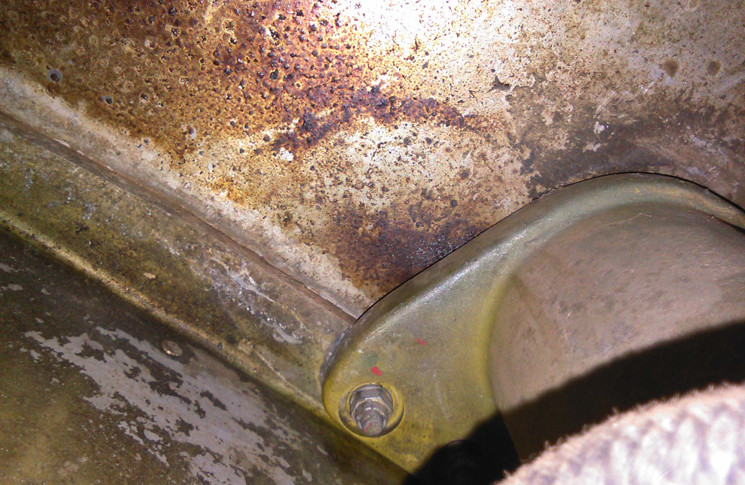 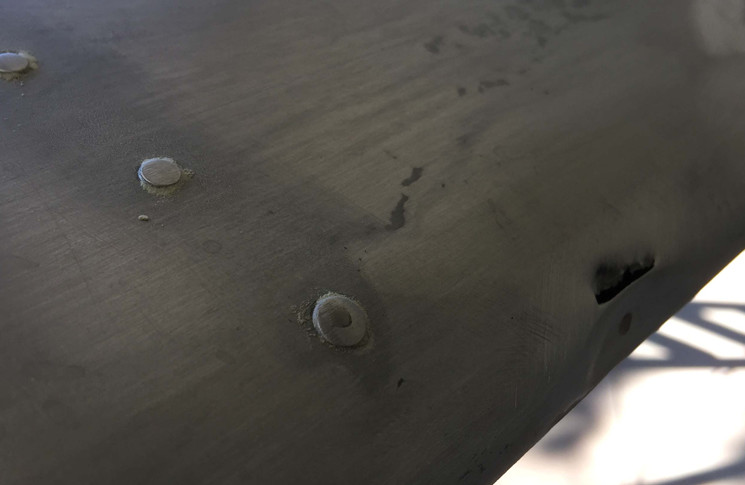 Piper PA44180 fuselage structure—skin cracked. SDR 510021611
During a routine 100 hourly inspection it was noted that the hydraulic pump could be moved by hand with little force. An inspection found the structure that the pump attached to (fuselage skin) was cracked. It is an extremely difficult area to inspect even with a torch and mirror therefore pump removal is required to be sure. P/No: 86480003. TSN: 6530 hours/7598 landings.

Piper PA44180 fuselage structure—skin cracked. SDR 510021612
During a routine 100 Hourly Inspection it was noted that the hydraulic pump could be moved by hand with little force. An inspection found the structure that the pump attached to (fuselage skin) was cracked. It is an extremely difficult area to inspect even with a torch and mirror therefore pump removal is required to be sure. P/No: 86480003. TSN: 8885 hours/13913 landings.