Messierdowty ATR72 wheel cracked. SDR 510021852
During dye penetrant inspection, a minor crack indication was found on the mating face, on the outer edge of the tiebolt hole bore in the outer wheel half (P/No A36559-3). The length of the crack is approximately 0.185 inches, with no indications that the crack has extended into the tiebolt hole bore. Date of manufacture was March 2012. No sign of damage to the wheel rim was detected. P/No: A365593. TSN: 3519 hours/2768 cycles TSO: 3519 hours/2768 cycles 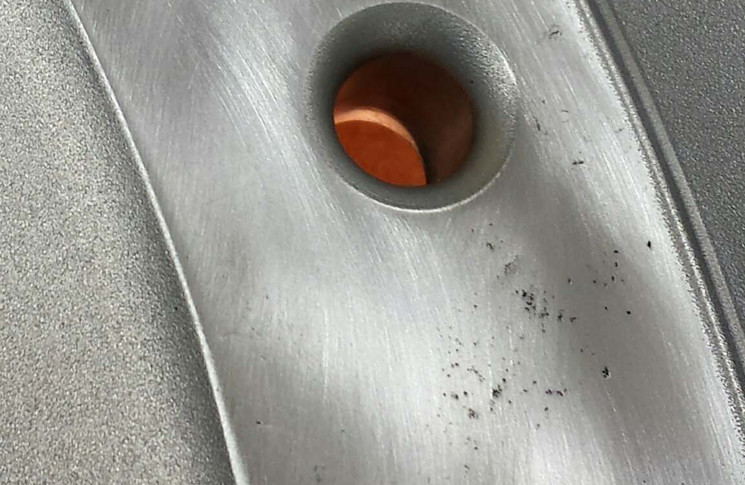