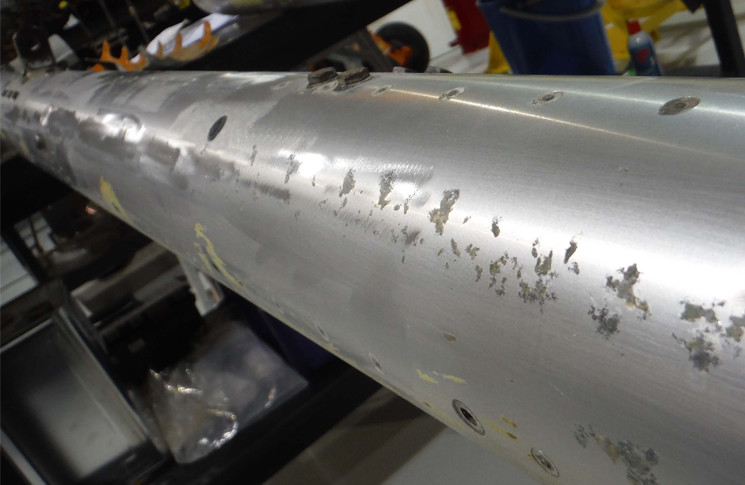 Eurocopter AS350B2 hydraulic power system—hose leaking. SDR 510021745
Hydraulic fluid leak was found by pilot on pre-flight. Upon investigation it was found that fluid was leaking from a hose coming off the filter assembly. Eurocopter Information Notice 2506-I-29 talks about the possibility of these hoses leaking. The leaking hose was replaced with a Gen 3 type (post mod 074686). P/No: 704A34412271. TSN: 544 hours/26 months. 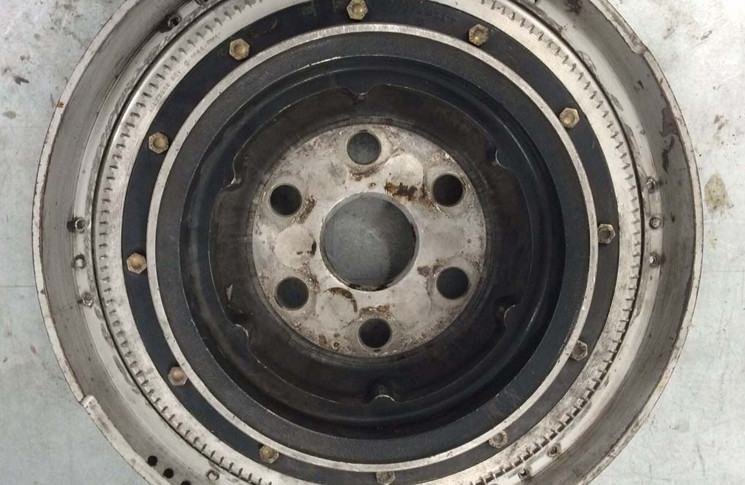 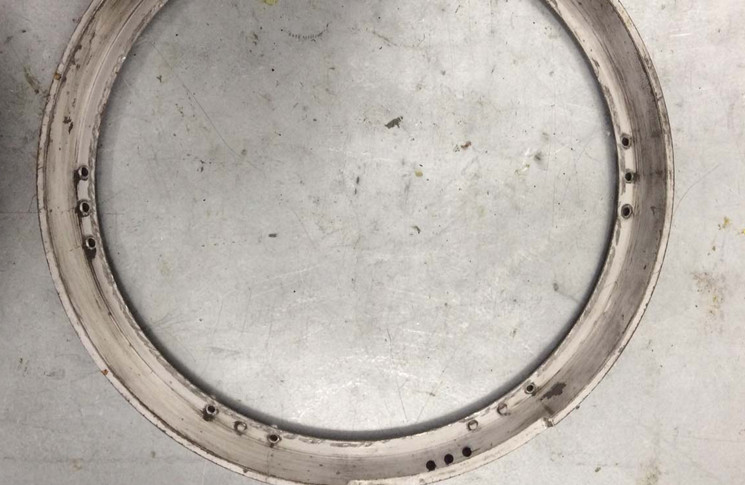 Hughes 269C Rotorcraft cooling fan system—impeller failed. SDR 510021824 (photos above)
Impeller fly weight detached from the impeller. All rivets had sheared and ring was loose in scroll assembly. P/No: 269A8527. 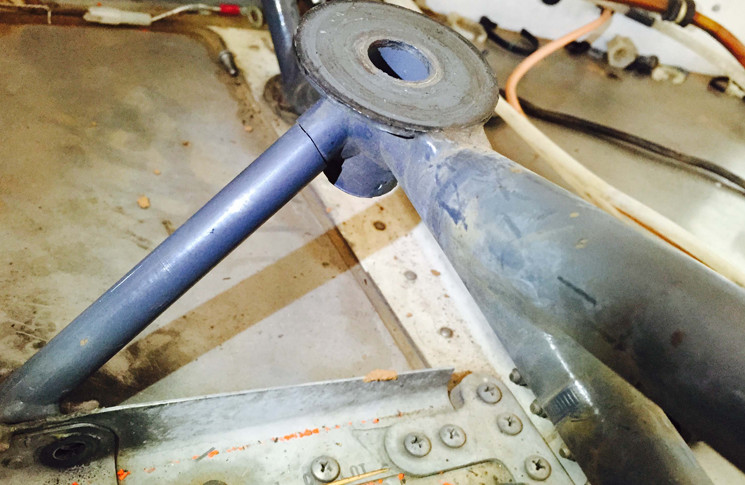 Robinson R22BETA fuselage structure—frame cracked. SDR 510021821 (photo above)
While disassembling the aircraft in accordance with Robinson R22 2200 hourly inspection, the upper welded frame was found to be cracked/broken all the way through in one place. The break was located on the central support for the aft right hand main rotor transmission mount. It was found that the location of the wiring loom may have increased the difficulty to inspect this part of the frame during scheduled inspections. P/No: A0202. TSN: 4399 hours TSO: 2200 hours.