Home Feature If you fly, they can’t! 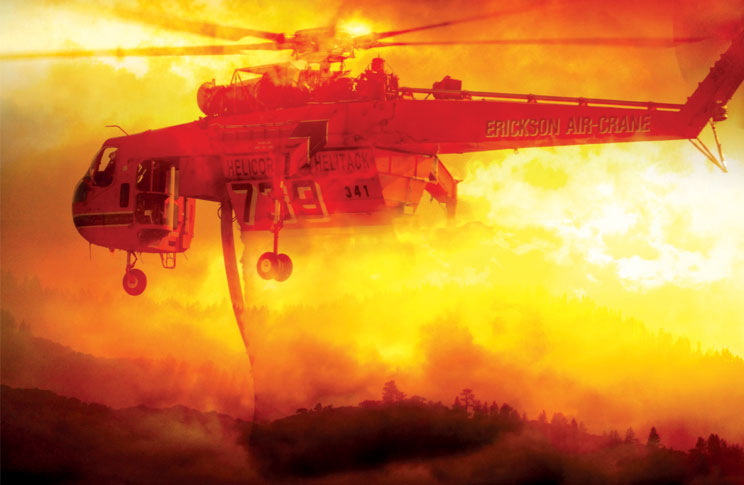 It’s late September 2015, and unseasonably hot. There are already bushfires in Victoria and NSW, with a warning of severe conditions in the Kimberley area of Western Australia—and the official 2015-16 fire season is yet to start. This season there’s another danger: drones. Bushfires can be tempting sites for recording footage, but drone owners, many of whom have little or no aviation knowledge, may not understand the major safety risk their activities can pose to firefighting personnel in the air and on the ground. That’s why CASA has launched a new social media communication campaign with the tagline, ‘If you fly, they can’t’, warning drone owners to keep away from bushfire-affected areas this summer.

The campaign, launched on 29 September, targets 16–35-year-old male drone owners through a short Facebook video, and was developed in partnership with the National Aerial Firefighting Centre and state fire authorities. Thanks to this partnership, the Facebook post has been shared over 1400 times, and so far has reached over 384,000 people. The post also takes viewers to the newly updated web page, which not only gives more information about the rules surrounding drone operation, but also about drones in other emergency situations. The web page describes the ‘countless other instances where flying your drone might make the situation worse for all those involved. The efforts of emergency services in situations such as floods, traffic accidents, police operations and search and rescue activities often incorporate aircraft for aerial support. During these operations, emergency services are often stretched to capacity and cannot afford to be disrupted by unauthorised aircraft of any kind, including drones.’

Drone interference has already happened overseas. The northern hemisphere summer of 2015 produced an unfortunate aviation first—the first time a firefighting aircraft has been formally grounded by a drone.

Two fixed-wing aircraft fighting an 8000 ha fire in the San Bernardino mountains, inland of Los Angeles, were grounded after a drone, thought to have been flown by a hobbyist, was seen flying between them about 5.30pm on 24 June.

A local radio station reported the fixed-wing unmanned aerial vehicle was about
900 feet above ground level (AGL). In the US, as in Australia, drones are restricted
to 400 feet AGL.

The California Department of Forestry and Fire Protection, (Cal Fire) tweeted: ‘Tonight a hobby drone grounded firefighting aircraft by flying over the #LakeFire. When you fly…we CAN’T! Puts our pilots’ lives at risk.’ The Flight Safety Australia news site covered this story on 26 June 2015.