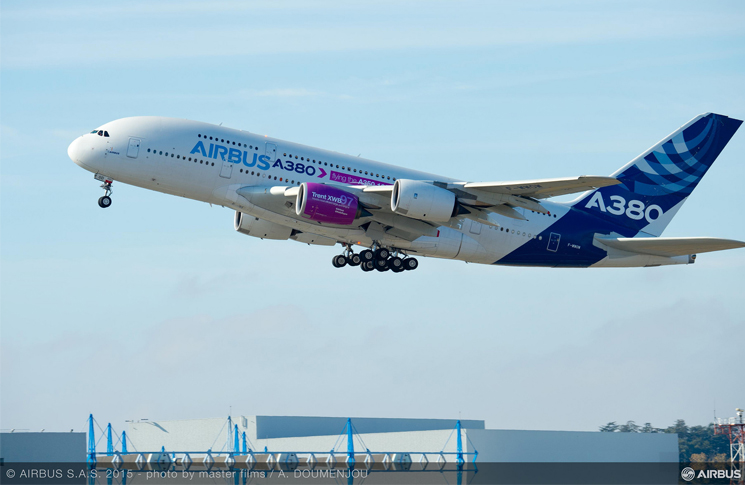 Rolls-Royce has used 3D printing to create the latest version of the massive Trent turbofan engine. The Trent XWB97 took to the air for the first time last week on the wing of an Airbus A380, test flown from Toulouse, France.

The Trent XWB-97 uses several 3D printed aerofoils in the engine’s front bearing housing. Rolls-Royce says these aerofoils are the largest 3D printed parts ever incorporated into a jet engine and were manufactured with a process co-developed with the University of Sheffield.

Rolls-Royce says 3D printing offers the ability to make development and design faster and less expensive, and allows for more experimentation and prototyping. It says using 3D printed components in the Trent XWB-97 reduced the time required to produce the aerofoils by a third.