Wheel bolt sheared. SDR 510021877
Main wheel and tyre assembly was inducted for maintenance as a routine tyre exchange, during inspection it was observed that the head of a tie bolt located in the 3 o’clock position had sheared off. A visual inspection of the inboard wheel half hub revealed that no damage had been caused by the missing piece of the tie bolt. The tie bolts adjacent the damaged tie bolt were removed, cleaned, visually and NDT (MPI) inspected. No defects detected. Both tie bolts to be discarded as per Honeywell CMM 32-40-14. P/No: 277A6000204. 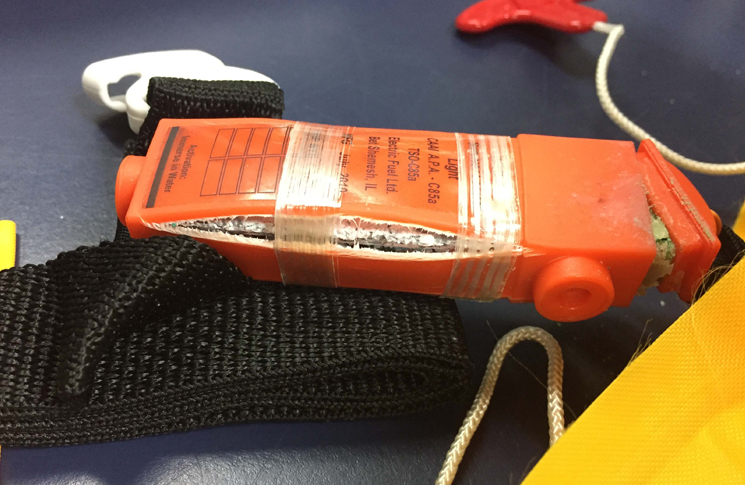 Life raft incorrect rigged. SDR 510021927
During induction into maintenance organisation it was noted that the life raft was packed incorrectly. After consultation it was concluded that it would probably not have inflated in an emergency situation. P/No: 69FASA6311702.