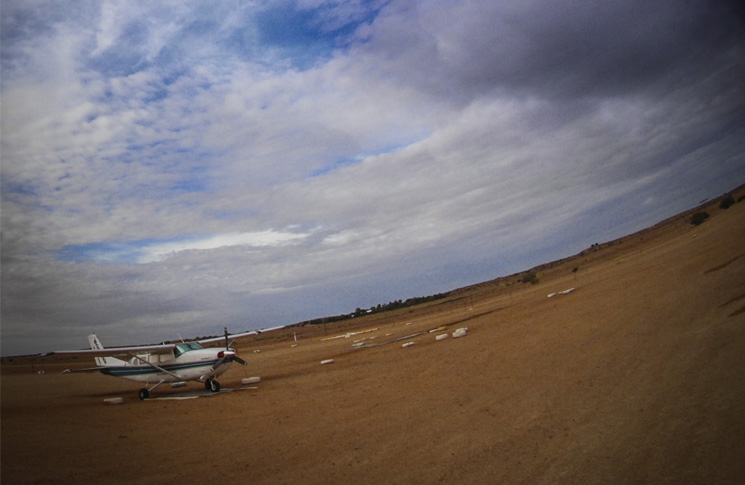 I spent my childhood dreaming of becoming a pilot and getting paid to do something I loved so much. I was working in my first job, with a fresh commercial pilot’s licence, full of enthusiasm, a desire to do well and progress in my career. I was operating a Cessna 206 for a charter company in the top end of Australia, working to support people living in isolated communities.

I follow a rule of thumb when operating day VFR—there are three major variables to work with: light, fuel and weather. If you have plenty of two of these variables, you can operate to a lower margin with the remaining one. For example, on a short morning flight with full tanks, you can accept non-CAVOK (ceiling and visibility okay) but VMC conditions, but I wouldn’t accept the same flight if it was going to push last-light margins. This is a story about the time that I let commercial pressures get in the way of my personal margins, and learnt the value of boundaries the hard way.

It was mid-wet season in the top end, and we had been experiencing some monsoonal weather patterns. One Friday afternoon I was tasked to pick up passengers from three different communities and bring them into ‘town’ so that they could catch the scheduled flight to Darwin that evening. The weather had been pretty good for VFR that day, but at that time of year there is a high probability of afternoon thunderstorms. I was also at the end of my duty cycle and approaching my hour limits.

I fuelled up with more fuel than required for legal margins, as I had a rough idea of my expected payload and performance requirements for the flight. The first two pick-ups went fine, but en route to the final pick-up a large band of weather started to approach my destination, which to a seasoned top-end pilot would have been expected. Checking my watch, I figured I could spare 25–30 minutes for delays and still be able to make it back to base with enough time before last light, as well as being able to hold for 60 minutes as the current TEMPOs required.

I could see the strip as I flew abeam it, and I decided the weather was still a while away. I decided I had time to get in and get out before the weather arrived. It was at this point my passengers already on board reminded me of the reservations they had for their scheduled flight to Darwin that evening. More pressure.

I landed on the shortish gravel strip. This one has a three per cent gradient up until the middle, and then slopes back down. It has 700 metre usable, with tall trees at either end. I made the landing without issue, and parked to retrieve my final passenger for the day.

The passenger decided that he wasn’t going to travel unless his brother and children could come too. As I already had three passengers on board, and because of the restrictive length of the strip, I was unable to accept this payload. A discussion ensued … my precious time was running out. The weather was also getting closer. We could now see lightning and the delay to the thunderclap was getting shorter. We needed to depart, and soon, or we would all be staying—no-one would be catching their flight that night. More pressure. The difficult passenger decided to stay behind—a decision that I believe later saved us from having a much more dire outcome.

I got the passengers back into the plane, briefed them, fired up the engine and began my backtrack to the end of the runway. I checked the windsock as we taxied past: it was a quartering 10 kt headwind from my left for take-off. I completed the rest of my checks as we backtracked, gave myself a take-off safety brief as was standard procedure, and nominated a safe abort point. At this critical phase, I was starting to rush, and it was starting to rain. I swung the 206 around, firewalled the throttle and accelerated up the hill. I was protected from the wind because of the trees, but the acceleration was as expected and normal.

The crest of the strip blocks your view of the windsock from the threshold. We accelerated to take-off speed, rotated and became airborne. Soon after passing my safe abort point I called ‘Continue’. We weren’t climbing much past 50 ft. As we passed the windsock, I glanced at it. We now had a quartering tailwind. In my rush to get away, I had under-estimated the effects of the approaching weather, and we were running out of space quickly. I tried turning slightly away from the full tail wind, and waited for what seemed like forever for the aircraft to accelerate and climb. We cleared the trees at the end, but only by a margin that was well below what I consider comfortable!

The flight continued without event after that, if not a bit quieter in the cabin than usual. Everyone made their flight and I got home, but not without learning a very valuable lesson that I take with me every time I fly.

On that day, I let the pressure to succeed get to me. I was trying to please my boss and meet the expectations of the passengers who wanted to make their flight that night. I’ll admit my own personal pressure to perform pushed me as well. Giving into the pressure almost cost us all very dearly. I’m now very strict with myself with my rule of three variables. The day that I pushed two of them was almost my last. I learnt the value of not rushing, of making all checks purposefully and methodically. I also discovered how fast the wind can change!