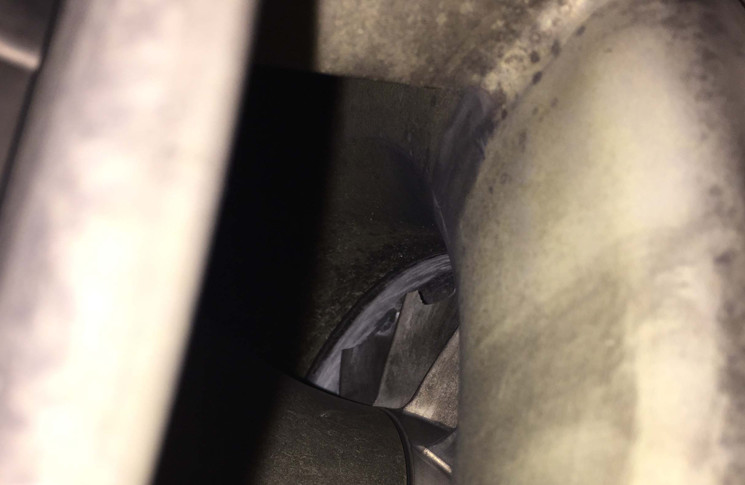 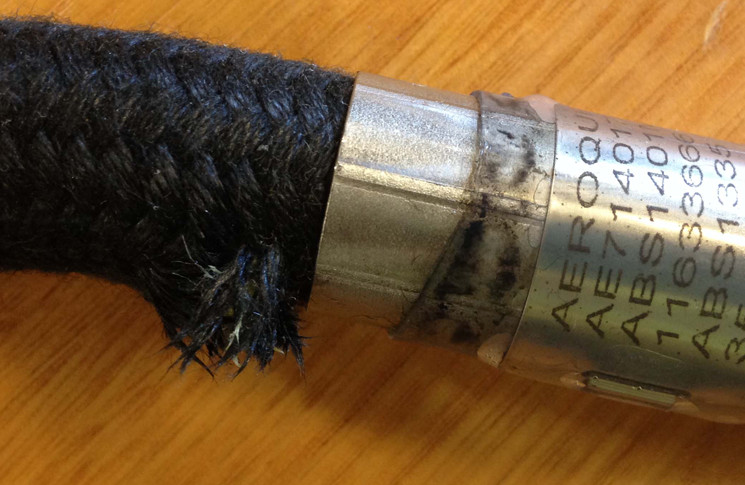 Airbus A380-842 Landing gear door retract section—hose damaged. SDR 510022696 (photo above)
One hour into cruise, Y hydraulic system lost fluid. On arrival, hose for L/H BLG centre door was found to have failed. Defective hose replaced, aircraft cleaned and returned to service. These hoses are due for replacement in accordance with SB A380-29-8031. P/No: ABS1401M00AF544.

ATR ATR72212A Brake—clevis pin SUP. SDR 510022635
The flight crew reported RH brake pedal spongy. Troubleshooting determined the brake force feel spring of the RH brake pedal required replacement. During replacement of the pedal spring, the attachment pin was found to be a suspected unapproved part. Inspection confirmed there appears to be some grinding work carried out on the ends of the pin halves to allow fitment. Pin had to be cut in two to facilitate removal. P/No: S2728117920200.

Boeing 737-8FE Fuselage plates/skin—skin corroded. SDR 510022805
During heavy maintenance check, corrosion was found on the FWD Edge of the APU at BSTA 1088, S-21L Skin. Corrosion removed by blend out in accordance with manufacturer’s data.

Boeing 747-438 Escape slide—slide low pressure. SDR 510022742
During scheduled inspection of the Door 3L slide inflation bottle, it was found that the pressure gauge reading was below the green band. The slide assembly was replaced with a serviceable unit. The subject slide was dispatched to the workshop for investigation. P/No: 7A141823. TSO: 2487 hours. 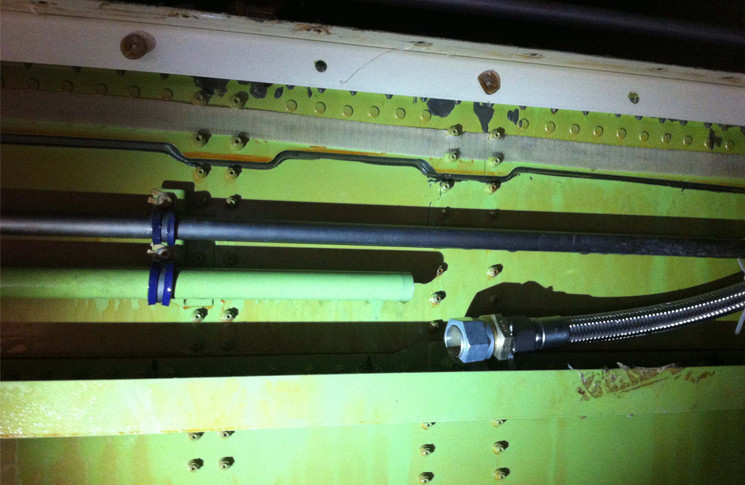 Boeing 747-438 Hydraulic power system—hydraulic line failed. SDR 510022783 (photo above)
During approach, following gear down selection, HYD QTY LOW 4 and HYD PRESS SYS 4 EICAS msgs flagged, with complete loss of No. 4 hydraulic system. The NNC was completed and the landing was uneventful. Preliminary engineering investigation found that a temporary repair fitted to a No. 4 system hydraulic line in the aft cargo area had failed. The temporary repair had been fitted during the preceding transit to address a minor hydraulic leak.

Bombardier DHC8-102 Electrical power system—connector contaminated—water. SDR 510022904
During cruise, captain flight instruments and FMS power down as well as cabin pressure surges were reported. Cabin pressure light also illuminated. After two to three minutes, instruments and cabin pressure re—established. Lightning strike was suspected but not agreed upon between the crew. After safe landing, lightning strike inspection was carried out. In addition, LH bus and CB panel connections were inspected for condition and signs of arching. Various relevant connectors were checked for integrity. OEM was contacted and no additional work instructions received. Extensive ground runs and simulations conducted and all systems tested serviceable IAW AMM, Aircraft was returned to service. 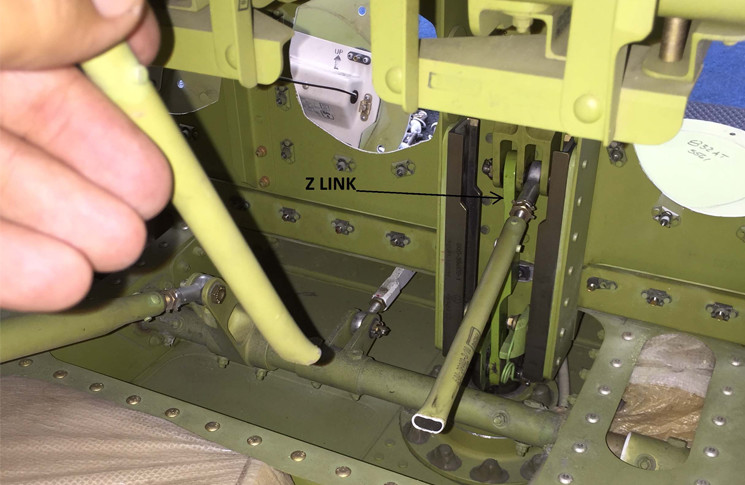 Fokker F27MK50 Engine indicating system—engine indicating low reading. SDR 510022693
On application of power all indication were normal, however the 60 KIAS power check showed the left torque to be below the calculated torque by 2.7%, outside of the 2% tolerance at 81.4% and the take—off was rejected—right torque was 85.3%. During the taxi in it was noted that the Left Torque Bug was indicating approximately 4% lower than the Right torque bug. Investigation ongoing.

Fokker F28 MK0100 Airspeed/mach indicator—pitot head blocked. SDR 510022652
During take-off, the flight crew identified that the co-pilots side air-speed indication was zero, with the captain’s side was indicating 80 Knots Indicated Air-Speed (KIAS). Engineering staff carried out troubleshooting, with the associated pitot tube identified to be blocked by a wasp which had been roasted by the hot pitot tube. Subsequently the pitot tube was cleared, leak and operational checks were carried out without fault, and the system was declared serviceable.

Fokker F28 MK070 Elevator structure—bolt sheared. SDR 510022678
During scheduled maintenance inspection, engineering staff identified a left hand elevator inboard Hinge Point aft bearing retainer plate bolt, which had sheared in line with the split pin hole. The sheared bolt, two remaining retainer plate bolts, and their associated parts, are scheduled to be replaced during the aircrafts current maintenance check, once the required parts are sourced. Preliminary investigation has identified that the sheared bolt and associated split pin have remained secured in place, despite bolt failure, with no loosening or insecurity of the retainer plate. Investigation ongoing.