Home Audio AUDIO♫: What you don’t find can kill you 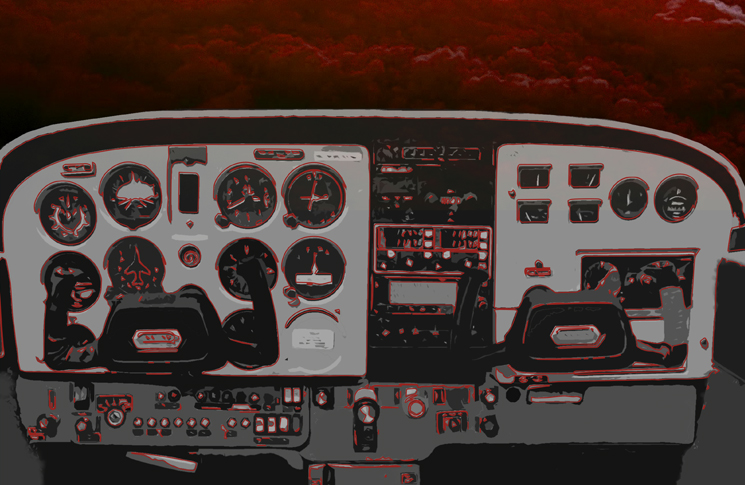 How secure is your cockpit and cabin? Is everything stowed safely, but still readily available if needed?

One of the fundamental problems with flying is that we need to concentrate on it—sometimes to the total exclusion of anything else! It’s all very well to enjoy the quiet times in cruise, take in the sights and show friends just how wonderful it is to fly—that is after all, the main reason many of us do it. But, there are some particularly dangerous habits we tend to lapse into, often without any conscious thought to the consequences.

Take for example, cockpit security. I’ve been flying for 35 years, and consider myself to be a generally safe and conscientious person—professional. However, over the years, on occasion—far too frequently I might add—I have found that my actions have been less than ideal with regards to stowing those loose items.

On one occasion recently, I found that the rudder lock I had removed prior to engine start was still sitting on the passenger’s seat beside me. I’d become engrossed with a weather forecast while part way through my pre-start checks, and had simply put it aside until a better moment. I caught it before take-off, but not before I’d started the engine, taxied out to the runway and was just doing a final check for cockpit security. You might say—but at least you found it! I say, I shouldn’t have let it get to that stage in the first place.

Unfortunately, it didn’t stop there however. During the flight I was wondering just how I could have let myself become so distracted, and it dawned on me that there were other items in the cockpit right then that could cause me problems if we suddenly encountered turbulence and an unusual attitude.

My iPad was sitting in the side pocket and to all intents and purposes secure, along with other small items such as pens and loose paper. I fly with a kneepad, and it secures my flight plan and several pens without difficulty, but in a sudden upset, the contents of the side pockets, and indeed my open nav bag between the seats, would come flooding
out and be deposited in all manner of places around the cockpit, mostly inconvenient, and potentially dangerous.

At the very least, this is distracting, but potentially items could jam controls or cause short circuits etc. An errant iPad or flight manual can leave a nasty bruise I bet, or break your sunglasses, knock your reading glasses from your head, or even blind you! It doesn’t take much imagination to realise we are potentially in serious danger.

It doesn’t need to be turbulence either! Some years ago, I was ferrying a Decathlon to a distant airfield, along with a student of mine in the front seat. I was using it as an additional navigation exercise for the student and he was going just fine, enjoying the great visibility and novelty of a tailwheel aeroplane. As we flew over a small landmark that I hoped he would recognise, it seemed that he missed seeing it. Without any real thought, I took control and rolled the aircraft to the inverted position, intending that he should look out the clear roof and see the ground feature.

This is where it all came unravelled, and I immediately realised the error of my ways, as the student’s wallet and several dollar’s worth of loose change came cascading out of his top pocket, and landed on the perspex above his head. The navigation lesson had to stop at that point, as we now had a very serious FOD problem. I continued to fly the aeroplane and maintain the inverted position while my student retrieved all his items and we both made certain nothing was unaccounted for before I rolled upright. I don’t know if he learned anything from that, but I certainly did! No more unplanned aerobatics for me, even though both the aircraft and myself were quite legal and capable.

Another time, in that same aeroplane, I was taxiing out with a student for an aerobatic sortie, when out of the corner of my eye, I saw a small, shiny object drop out under the student’s seat and rest on the floor. It transpired that it was a small socket wrench, presumably left by an engineer. We had both missed seeing this in our pre-flight, presumably because it had been wedged between the seat cushions. Needless to say, it could have been quite a distraction.

Lastly, I was flying with an advanced student in a Cessna 172RG on a NAVEX one day, and we encountered sudden and quite rough turbulence. It only lasted a short while fortunately, but after an initial jolt, I heard a clattering from the baggage locker. I turned to see what was happening, only to be staring at the pointy end of three star pickets of the tie-down kit, suspended menacingly in midair! They had originally been secured underneath a couple of heavy bags and both the student and I felt they were secure enough. Boy, were we wrong! Fortunately, the turbulence subsided at that point, the tie-downs retreated to the baggage locker and presented no further difficulty, but the vision lingered, as well as the thought of what MIGHT have happened…

Now, as I mentioned earlier, all these incidents occurred to me, during the course of a (so far) 35-year aviation career. I make no excuses for my failings, be they complacency, lack of attention, lack of thought, or all of the above. I simply point out that none of us is immune to silly mistakes, and sometimes, these mistakes lead to quite dangerous situations.

So, when you’re about to go flying next, check the side pockets and behind the seats for all those dead headset and torch batteries, pens, lolly wrappers, rulers, chocks etc.

This is a case of ‘what you don’t find, can kill you!’