An Airbus A320 of Russian airline Aeroflot was diverted to the nearest airport last week after an alert passenger noticed a fuel leak.

The flight, from Moscow to Hannover, in Germany, ended up at Kaliningrad, in western Russia, after the passenger noticed the leak. The Aviation Herald reports that a fuel cap was identified as leaking fuel. A replacement aircraft completed the journey.

‘Passengers speaking up about observations they make can have a significant impact on the safety of flight,’ he says. ‘There have been instances where passengers not speaking up or crew not appropriately responding to passengers concerns have resulted in missed opportunities to prevent incidents/accidents.’

In the Dryden Ontario and Kegworth, UK crashes of 1989 passengers noticed the situation but felt inhibited from speaking up, Tootell says. (Dryden was caused by wing icing, and Kegworth occurred after the crew mistakenly shut down a functioning engine, in response to a failure alarm)

‘Crew are now trained to listen to passengers’ concerns and take action as required,’ he added.

Flight Safety Australia recently reported on the anniversary of Aloha Airlines Flight 243 and its explosive decompression over Hawaii, where the official investigation report revealed a passenger boarding the flight noticed cracks in the aircraft fuselage but didn’t notify the flight crew. 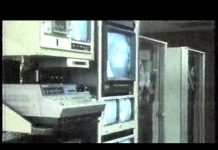 Flashback Friday: steam gauges and a dose of the wrong stuff