Home Audio AUDIO♫: Out in Africa 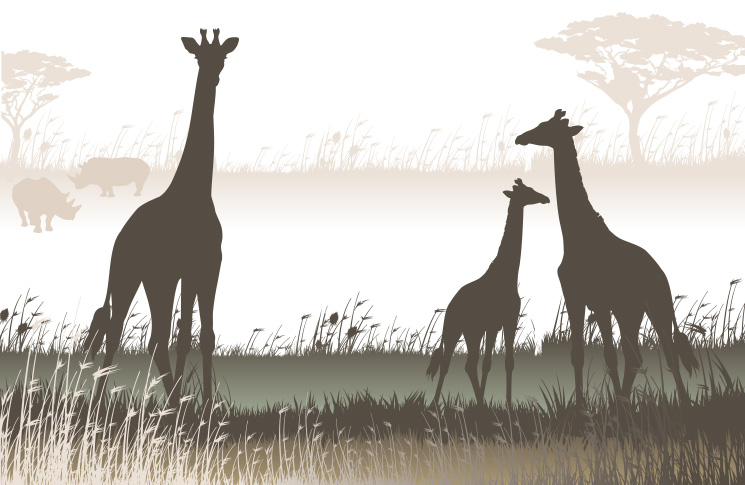 This newly instrument rated pilot was as happy as a warthog in elephant dung. I was flying old, but still shiny, twin pistons for a living; and Zimbabwe was now a relatively peaceful country with a new name and what looked like a bright future, now that the Bush War was over! Life was good.

One of the challenges of the Southern African region was a weather pattern known as ‘the Guti’ which is when a high pressure over the Indian Ocean causes an onshore south-easterly to flow over Mozambique and into Zimbabwe and Malawi. The terrain rises over some 500 km to an average of 3600 ft and up to 5000 ft. Orographic uplift causes low cloud and rain in the whole of the south-east of Zimbabwe.

These conditions often lifted by midday, sucking people in to depart with the expectation the Guti would lift. Sometimes the cloud layer was only a couple of hundred feet thick, other days three or four thousand. Many were the stories of pilots caught out trying to get through to ‘the low veld’ and some were very tragic.

This particular morning’s charter (in a B55) was down that way to a small village with a basic strip, and I briefed the passengers that we would take a look, but would probably have to divert, land and wait it out.

We took off in sunshine but soon enough a solid low layer of cloud appeared ahead. Visual on top, I flew on HDG and time (no GPS in 1982) with the odd hole in the cloud here and there. My plan was to fly over my destination, descend in the cloud to lowest safe and—if not clear of cloud but good visibility—I would climb out and head off to my diversion airport. It was a standard plan. Having scared myself enough in the last three years, as a CPL the earlier mentioned new instrument rating was a great safety improvement to my operation.

The last 15 minutes of the flight would be over a higher plateau on which the destination was located. The cloud base was unknown. Then it started to get interesting. The log showed 10 minutes to go to being above the destination when a very large circular gap in the cloud appeared beneath us. Excellent! I decided on a visual descent and circled down to 500ft AGL to check and see where the base was ahead.

Now readers are probably thinking—‘read this story before’—but stay with me; it is not a ‘poor decision’ story.

I looked around to check my navigation, and sure enough I was exactly where I thought I was on the map. A few years before, I had spent a week patrolling this exact area on my national service in the Rhodesian Army during the ‘Rhodesian Bush War’, and I could see various familiar landmarks, including places we had camped at for many days.

I then looked at the altitude depicted on the map, and at my altimeter, adding 500 ft. It did not make sense. The reading should have been over 1000 ft lower. I looked to the east and saw there was no way to fly up that way as the cloud was solidly engulfing the hills.

I kept looking back at the altimeter. It was really bothering me. Could the map be wrong? It was a very good WAC chart and usually very accurate. ‘I KNOW I am here, so why am I over 1000ft out?’

The next second we hit some bumps and the altimeter jumped around the scale and pegged itself where I expected it to be.

My blood ran cold as I looked at the second altimeter over on the right panel. It matched. What if I there had been no large gap in the cloud and I had descended to lowest safe in the cloud? I would have been 1000 ft lower and maybe hit something green. Had I been trained to cross check the other altimeter? The answer was ‘no’, or I had not listened. Would I have anyway? Don’t know, but what I do know is I came close to being another dead fool that tried to push through the Guti. Nobody would have known my altimeter had stuck!

Later I flew B737-300 and 400s. The captain’s altimeter had a ‘knocker’; if you listened carefully, you could hear it knocking away. Its job was simply to ensure the altimeter did not stick. All airline operations I have been involved in all had an element of cross checking of altimeters. One hopes that new IFR pilots are trained to cross check as a normal scan … and remember to do it.