Beech B200C Fuselage door hinges—hinge cracked. SDR 510023477
During scheduled maintenance, 3 cracks were detected in lugs in the cargo door hinges. 2 lugs were cracked through and a crack has initiated in the 3rd lug. An OEM statement and PUS was obtained to allow continued operation of the aircraft for 60 FH for hinge replacement. P/No: 1014301973. TSN: 6870 hours/10158 cycles. 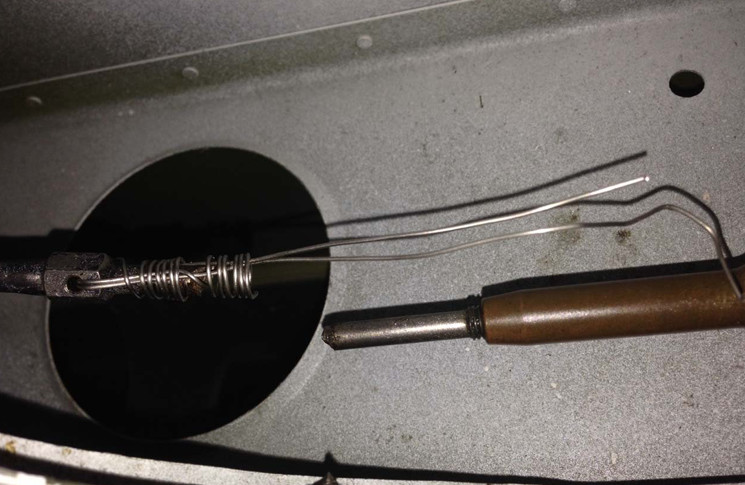 Cessna 150L Aileron control system—turnbuckle fractured. SDR 510023517 (photo above)
During SID inspections, cable end fractured at turnbuckle in RH aileron channel. Inspections followed after loss in motion was reported in aileron controls. Turnbuckle/cable assemble saved by lockwire preventing separation of cable and loss of control. Cable removed and all control cables replaced. No indication when part failed with cable appeared to be back to birth installation. P/No: 040010741. TSN: 3089 hours.

Cessna 172R Trailing edge flap control system—microswitch contaminated. SDR 510023383
Flaps failed to retract in flight. Flaps retracted successfully on the ground. Flap motor removed, tested serviceable. System switches were replaced as well as new flap motor fitted. Check flight was done satisfactory. On close examination, micro switches were found to be internally contaminated with grease. This might be a contributing factor even though the switches were tested ok with a multi meter. P/No: V71C17E9201ANDS19061. 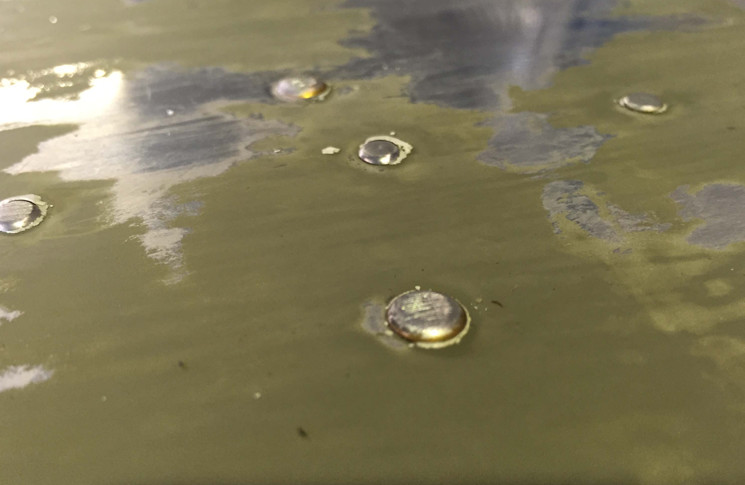 Cessna 208B Air conditioning system—aircraft contaminated. SDR 510023554
Pilot reported strong burning electrical smell in cabin on descent and in engine bay 20 minutes after shut down. The aircraft had flown a total of 6 hours for the day. Visual inspection was carried out with nil defects noted. Twenty minute ground run was carried out by the reporting pilot and engineer where all systems that could be checked on the ground were checked. Nil defects noted and the aircraft was released to service for the purpose of a flight check by the reporting pilot and engineer. No further burning smell was noted. N.B. It was noted that the aircraft may have flown through smoke from a fire on the ground.

Cessna 210M Landing gear position and warning system—saddle suspect faulty. SDR 510023567
Upon selecting gear down, Pilot noticed gear down light failed to illuminate. Pilot went through appropriate failure management procedures and decided to return to base. The pilot made a safe landing and down lock light illuminated on landing. During initial investigation, probable cause suspected is RH saddle (Shell Assembly) chafe liner. P/No: 1241638.

Cessna U206G Elevator control system—cable disconnected. SDR 510023325
Shortly after take-off, pilot in command noticed excessive free play in pitch control system. The instructor on board assumed control and landed the aircraft. After visual inspection, elevator down cable was found dis connected at the forward bellcrank on the pilots side. After extensive visual inspection the clevis pin could not be located. The elevator down cable was reconnected and tension checked and found within limits IAW C206G AMM. 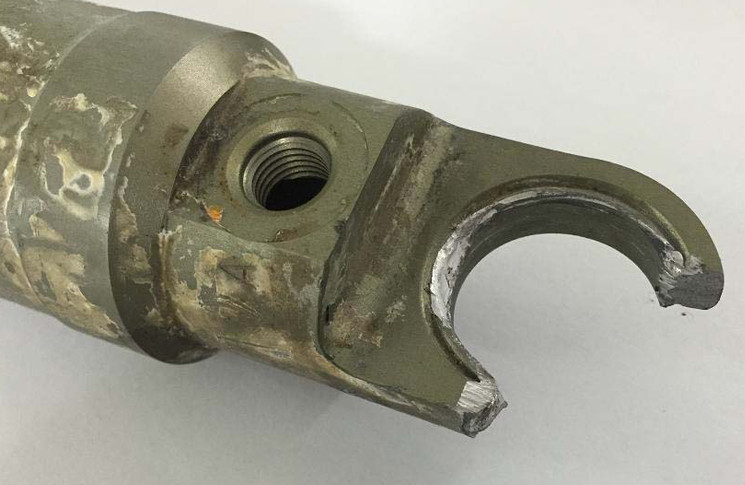 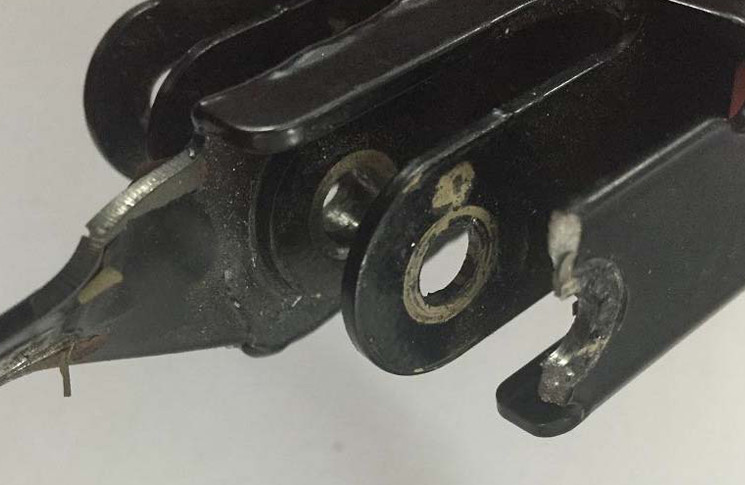 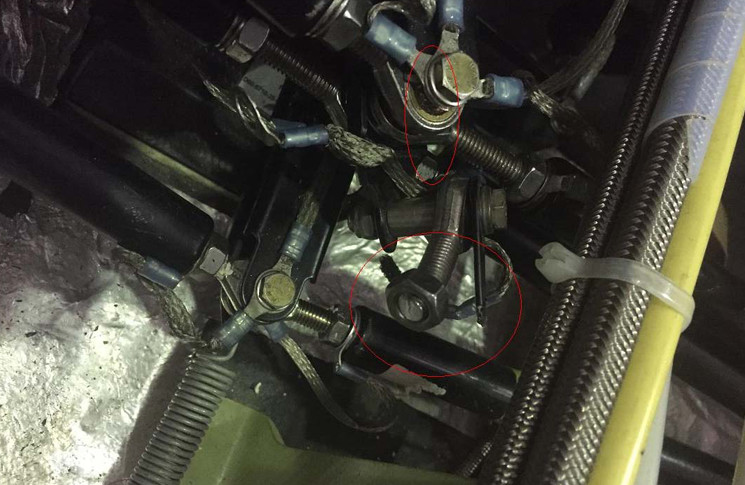 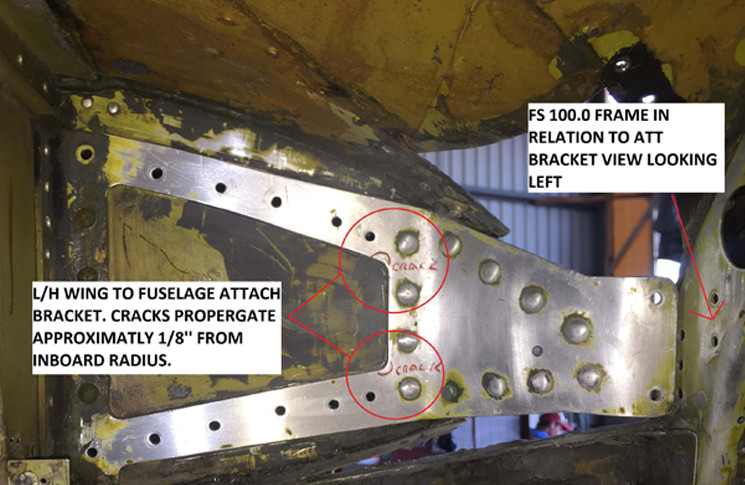 Gulfstream 500S Wing miscellaneous structure—strap cracked. SDR 510023330 (photo above)
During accomplishment of AD AC 093 & SSB:223 PART 1 inspection, R/H lower strap was found cracked from lower side of Hi-lock fastener and confirmed by NDT. Upon removal of strap, strap was broken into two pieces, upper crack went undetected. As per SB:223 PART 2, inspection was carried out and L/H wing to fuselage bracket, was found cracked from inboard forward radius upper and lower and confirmed by NDT. No further defects were found by visual or NDT inspections. SB: 223 PART 3 inspection was carried out and L/H frame at FS 100.0 was found cracked under tee bracket in two positions. These cracks were confirmed by NDT with no further defects found on left or right frames. All repairs done in an approved manner using Part 21 design approvals and approved data. P/No: 1700368. 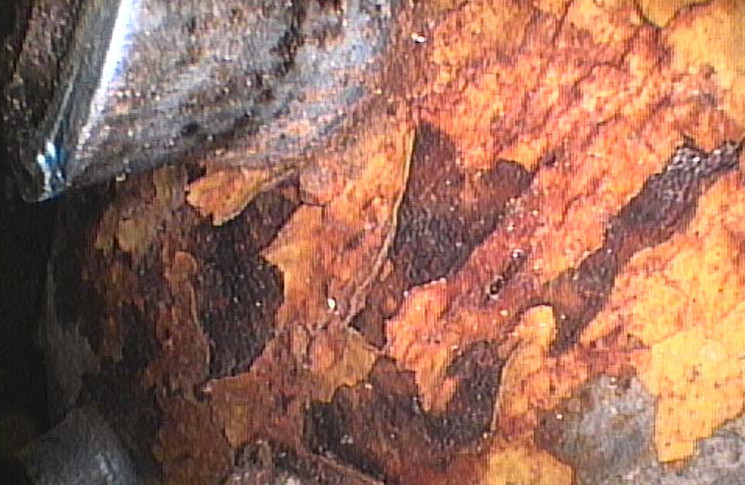 Swearingen SA227TT Wing spar—strap corroded. SDR 510023511 (photo above)
During scheduled inspection of the wing main spar centre webs for cracks between LH WS 27 and RH WS 27 in the area where the spar passes through the lower fuselage, moderate corrosion was found on the main spar forward and aft upper spar cap steel reinforcement straps between fuselage stringers 13L and 13R. Access to the affected area is extremely restricted with estimates that the worst area of corrosion may be up to 0.040 inch deep and several areas up to 8 inches in length found. P/No: 2731160003.