Aviation safety expert and Flight Safety Australia contributor, Macarthur Job, has been accepted for induction into the Australian Aviation Hall of Fame.

Job, who died in 2014, aged 88, was the editor of Aviation Safety Digest from 1964 to 1978, establishing the magazine as an authoritative voice on aviation safety. He later wrote a series of highly regarded books and was an aviation safety consultant, director of the Missionary Aviation Fellowship, and freelance writer for a range of titles, including the Digest’s successor, Flight Safety Australia. He wrote on topics as varied as the Tenerife disaster of 1977, the loss of a Sukhoi airliner in Indonesia and the crash of a privately flown de Havilland Dragon in 2012.

Other 2016 inductees to the hall of fame include:

The inductions will take place at a dinner to be held at the Temora Aviation Museum, in Temora, NSW, on Saturday 12 November 2016. The Australian Aviation Hall of Fame is seeking relatives of Lester Brain and Edgar Percival. They can contact the Hall of Fame’s website or email rcoulthurst@aahof.com.au 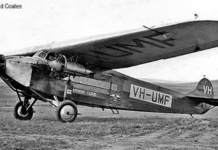