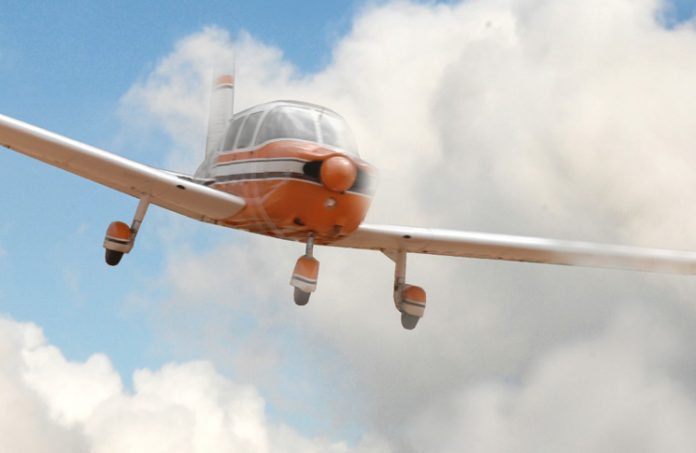 About a year and a half ago, I took a friend for a great day of flying from Sydney out to Temora to see a display of some of their fascinating collection of warbirds. We were especially lucky because, as it turned out, it was the last flight at least for a long while of Temora Aviation Museum’s Sabre fighter.

I’d seen this superb aeroplane flying before, so I knew we were in for a real treat. The announcement on the day was that the Sabre’s ejection seat was about to run out of currency, and it was proving so difficult to source a replacement that the aircraft might have to be grounded. We saw it fly, maybe for the last time. There were also other wonders, such as one of the museum’s Spitfires roaring to life and doing its unforgettable thing.

We had the usual average coffee and forgettable steak sandwich, refuelled and headed back to Bankstown and home. The return flight was uneventful in every respect, and may be that contributed to the situation we were shortly to face.

I planned a return via Rugby, then Bindook and then overhead Camden at 3000 ft. Everything was going well. So well, in fact, I believe I may have been oscillating between the watchful, alert state of pilot in command, with the much more relaxed condition of fascinated sightseeing passenger. That was already a problem.

I decided, for a reason I can’t now explain, to begin a shallow descent just before (and above) the Camden zone in order to arrive neatly under the last 2500 foot Sydney step without undue plunging. I felt this idea demonstrated the sort of finesse one only acquires after nearly 500 hours of flying as a VFR private pilot. And, for another reason I can’t now explain, I didn’t feel it necessary to give a radio call overflying Camden. I could see perfectly clearly, and there was no traffic in sight at all.

The fact that Camden Tower may have had more information than me didn’t occur to me just then.

Exactly at the time I was directly overhead Camden, and I was reassuring myself that this was really all pretty good, (I believe I may have even have remarked this to my passenger), something happened that I will never forget, and that haunts me to this day. I was randomly scanning the sky this way and that, when I saw another aircraft out of the corner of my eye at about our two o’clock, just above us, and no more than 200 metres away. It was on a track which exactly coincided with ours. Had we been a mere 50 feet, or even 20 or 30 feet higher, we would surely have collided.

My heart plunged into my boots, and my stomach went to water. Luckily my passenger didn’t see the near miss, nor did I tell him of it (of course). I might have had one second’s warning at best, not even enough to take evasive action. The other aircraft was a high-wing, we were in a Piper, so there was no ‘wing occluding our vision’ excuse.

I think the brutal truth comes down to two things. I didn’t make a radio call to Camden Tower to tell them of our intentions, and I didn’t keep a sharp enough look out in a busy metropolitan airport environment. Simple enough, but it could have killed all of us. I presume that the other aircraft was probably engaged in practice instrument let-downs into Camden; hence they were no doubt looking at the panel, not outside.

If so, they would certainly have been in contact with Camden Tower, who could then have warned us of their presence. That means that there was almost certainly an instructor and a student in the other aeroplane, and me and my passenger in ours.

I still shudder to think what might have happened if I had maintained our original 3000 feet over Camden. I would probably not have been here to write this. It has convinced me to avoid terminal areas at all times, unless I intend to land at them. Given that, all possible radio calls should be made, then little would be left to the marrow-freezing chance of that day over Camden.