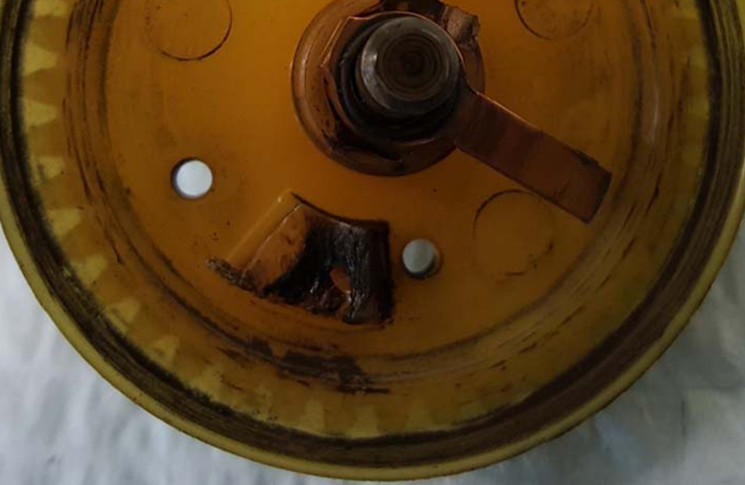 Champion Spark Plug Co 4373 distributor gear failed. SDR 510023766 (photo above)
During an engine run, when magneto (4373) was selected, engine ran rough and backfired. The magneto was replaced with a serviceable unit and ground run serviceable. Within the suspect magneto, evidence of burning was found around the distributor assembly. Going forward, distributor and gear assembly was removed and opened for inspection. Inside the cap, was evidence of burning and copper deposits. The distributor gear (K3008) was found to have a loose and damaged finger that showed signs of electrical burning. The gear also had signs of burning. The loose finger combined with the carbon-copper deposits in the cap would have cause the HT to randomly track causing the rough running engine and back firing.The magneto will have a new distributor and gear assembly fitted. The problem with the distributor gears is known with Lycoming SB622 and Slick SB1-15 addressing the issue. P/No: K3008. TSN: 658 hours TSO: 658 hours