Lycoming IO360 Ignition wiring—diode short circuit. SDR 510023905
After aircraft landed, it was discovered that engine cannot be shut down through normal procedures. Through the course of troubleshooting, starter system wiring was found defective with shortened diode allowing starter to stay powered even when switched off. The aircraft has now been modified with an Engineering Order to remove the diode and wiring between the starter solenoid and the avionics master. P/No: 21PB15A. 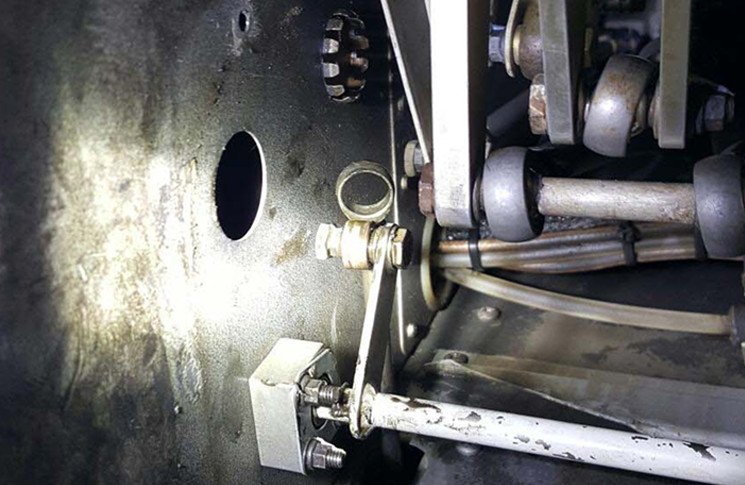 Lycoming IO540AE1A5 Fuel control/reciprocating engines—rod end separated. SDR 510023849 (photo above)
Throttle forward rod end at FCU found separated. Removal of the cover revealed that the swage had failed. The R44 IPC shows an A141-17 large area washer, found not installed. Other R44 II aircraft of a similar age also did not have this washer installed. Installation of this washer would have prevented a complete disconnection of the rod after the failure. OEM notified. P/No: A1273.

Lycoming O320 Engine reciprocating—piston engine power loss. SDR 510023936
Reported power loss with associated inability to maintain altitude. Engine may have been operated in excess of 2700 RPM for up to ten minutes. Rectifications planned.

Lycoming O360A1H6 Fuel control/reciprocating engines—carburettor contaminated. SDR 510023875
Left Engine did not shut via normal shut down procedure. Engine was shut via magneto switches. During the course of troubleshooting, carburettor was found internally contaminated. Accelerator pump discharge check valve (non-return valve) plug removed, several small pieces of material found in cavity beneath valve. Damage found at valve head caused by tool slip during past installation. Valve removed and leak tested, found leaking. Material burring on valve plug thread may have contributed to the contamination. Latter on, it was established that uncontrolled entry of fuel into the Carburettor venturi appears to have been caused by the leaking accelerator pump discharge check valve. This would explain the intermittent issues of engine roughness caused by the fuel-air mixture enrichment. P/No: 106019. TSO: 20 hours