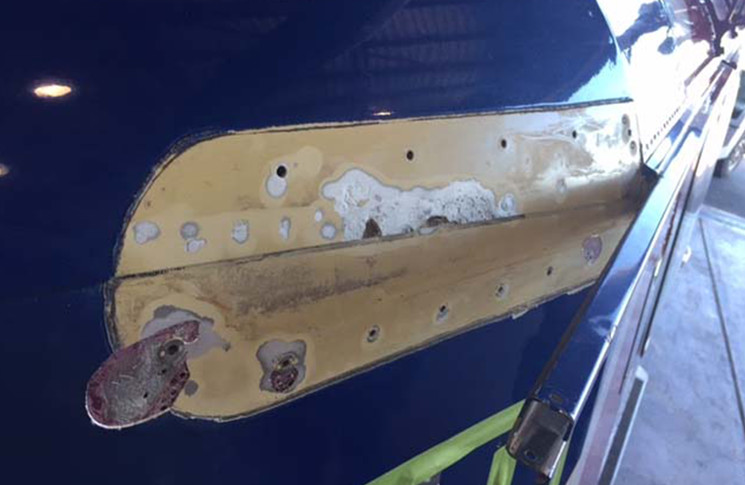 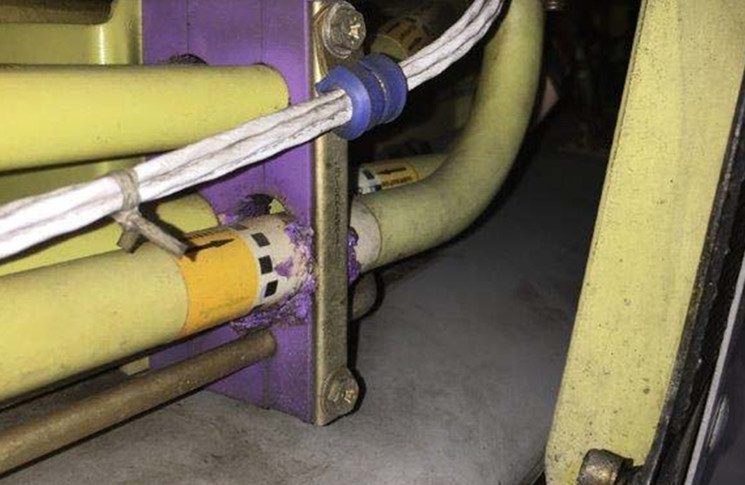 Eurocopter AS350B3 Main rotor mast/swashplate—scissor arm worn. SDR 510023719
During inspection of the rotating scissor link and carbide spacers of the main rotor swash plate, gouging and scoring was found on the bearing surfaces. This is common wear found at inspection of the scissors. Scissor and carbide bushes required replacement regardless of the TSI. P/No: 350A37112603. TSN: 21 hours 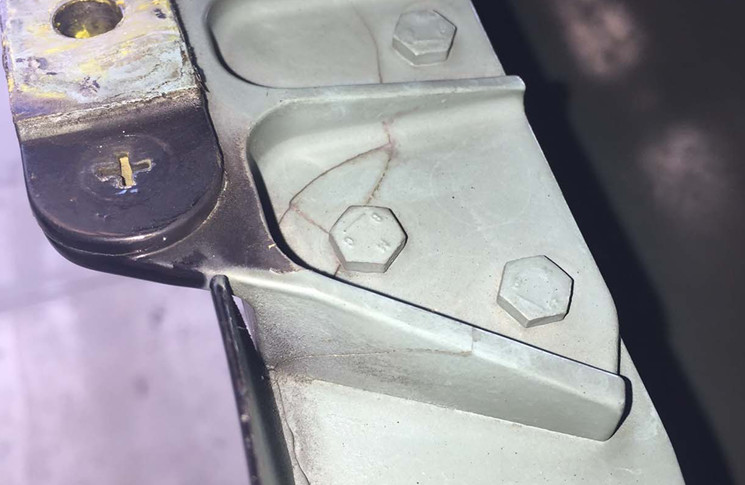 Schweizer 269C1 Wheel cap cracked. SDR 510023896
During 100 hour inspection, top cap on the forward LH undercarriage damper assembly was found cracked across the top section above the bearing. This helicopter is used for flight training. P/No: 269A3170.

Sikorsky S76A Emergency equipment system—rescue hoist sparking. SDR 510023675
Prior to a SAR mission, ACM reported observing sparks, immediately followed by fire coming from the Hoist Assembly as the hook was stowed. The ACM called for power off and Captain responded immediately. With power in the off position, sparks and fire ceased. ACM continued to monitor the Hoist as the aircraft was shutdown without further incident. P/No: 42325120. TSN: 654 hours/1215 cycles.