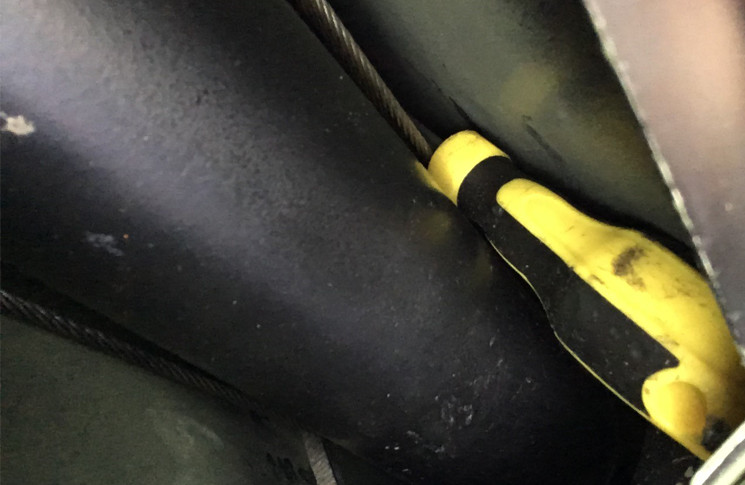 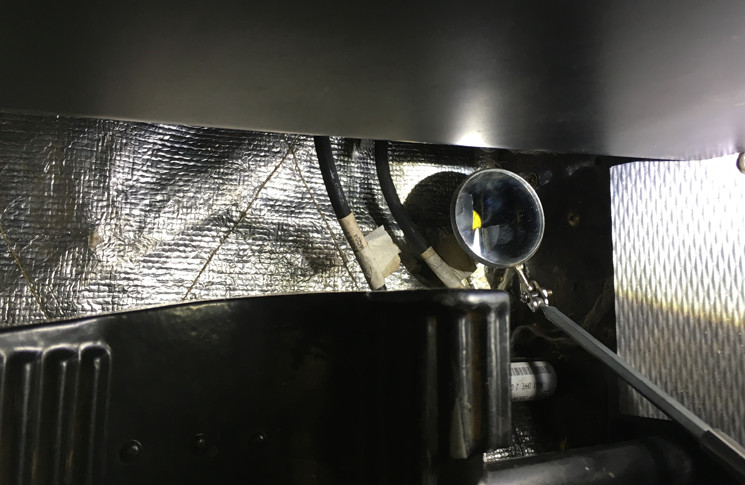 CESSNA 208 B—ATA 2730 ELEVATOR CONTROL SYSTEM TOOL STUCK. DR 611649156 (photos above)
During flight control rigging check, pilot checked full and free movement of all flight controls. Very slight friction or binding of the elevator control was identified. The issue was discussed with the LAME who investigated further and discovered an object wedged between the control column shroud and the control column attaching cables. The shroud was removed and a screw driver was found.

CESSNA 208 B—ATA 7720 ENGINE TEMPERATURE INDICATING SYSTEMS THERMOCOUPLE OUT OF LIMITS. DR 611649188
In climb phase, there was Torque roll back on #1 Engine. On advancing the power lever, target Tq was not reached while ITT reached red limit. Aircraft returned to Base. Relevant external inspections completed. However, T5 trim thermocouple harness reading was unstable and erratic. T5 Trim harness removed from protective tube for inspection and found the insulation on both wires damaged and ¾” of both wires exposed, thereby shorting intermittently to each other and to the metal tube. Wires were separated from each other and calibration test carried out again—reading stable and within limits. Wires temporarily repaired and reinserted in protective tube. Trim harness re-installed and connected and another ground run conducted. Engine Tq and ITT indications now normal and take-off power no longer temperature limited. T5 Trim thermocouple requisitioned for replacement.