CESSNA 310 R–ATA 2150 CABIN COOLING SYSTEM–DRIVE BELT–WORN. DR 611750065
Pilot reported small amount of smoke visual from LH engine cowl gill while awaiting further taxi from the holding point. Air-conditioning drive belt slipping on drive pulleys enough to create small amount of smoke. Further investigation resulted in the discovery of an unapproved belt not in accordance with the engineering order had been fitted. Attempt to fit the correct belt IAW the engineering order unsuccessful due to the belt recommended being too long, not being able to be tensioned correctly. Attempts have been made and are currently in progress to make amendments to the EO to allow a different length of belt to be fitted. 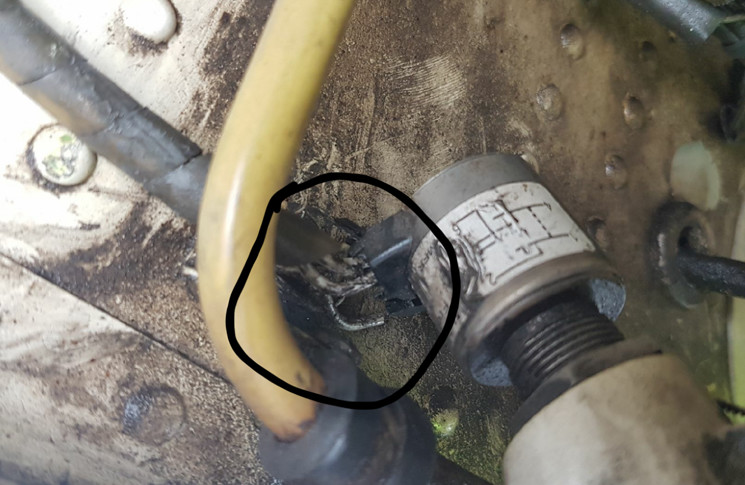 CESSNA 210 M–ATA 3297 LANDING GEAR WIRING–DOWNLOCK–OUT OF TOLERANCE. DR 611750089
During pre-landing checks prior to landing the gear extended but would not lock in position. The issue was not able to be resolved and a landing was made and the aircraft was shut down after vacating the runway. Engineers inspected the aircraft and initially found the RH main gear downlock switch open and not providing the locked indication.

CESSNA 441–ATA 3260 LANDING GEAR POSITION AND WARNING SYSTEM–INDICATOR–WORN. DR 611750091
On approach the undercarriage was extended but no green indication was observed for LH or RH mains. Testing the bulbs with the PUSH TO TEST button indicated two failed bulbs on the LH and RH lights. The bulbs were replaced, however on refitting the fixture only the NOSE indication was GREEN. On reselecting the PUSH TO TEST, the NOSE indication also went out and I was no longer able to get any green indication on the gear. A manual extension procedure was carried out IAW the FCOM. A normal landing was carried out without further incident. Troubleshooting was carried out and the positive terminal in the nose and main gear indicator was found to have lost spring tension. The indicator was replaced with a serviceable item and the undercarriage tested serviceable. 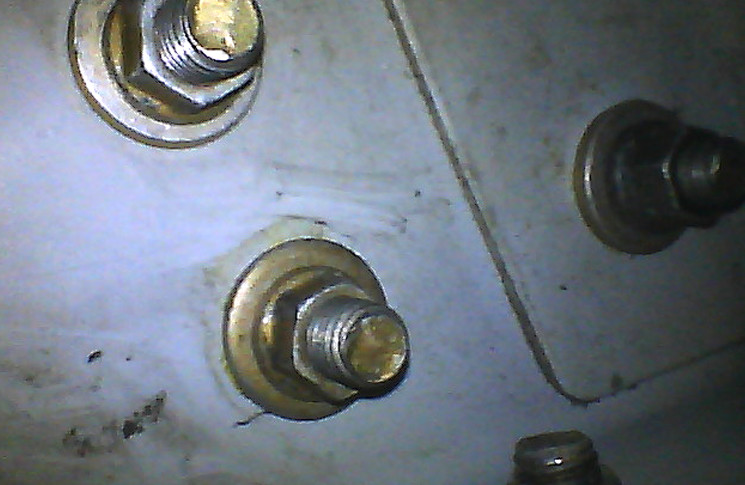 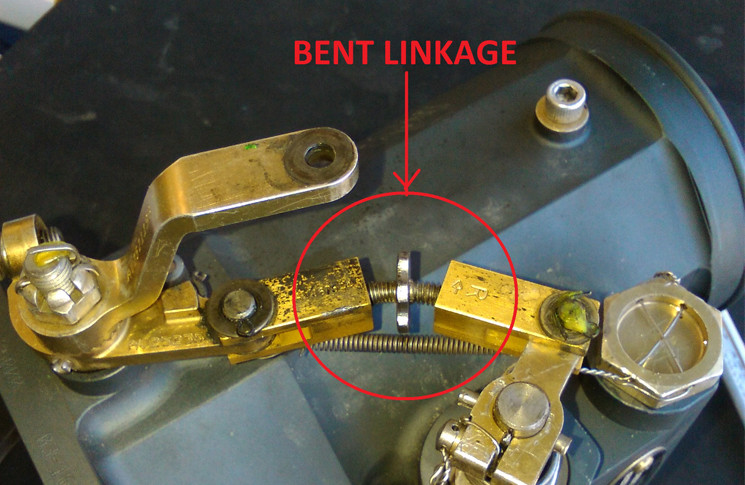 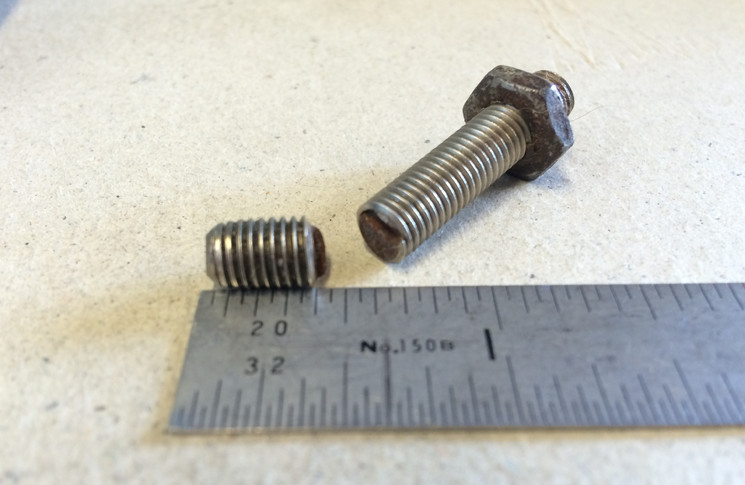 CESSNA 208–ATA 3233 LANDING GEAR ACTUATOR–SCREW–SHEARED. DR 611750073 (photo above)
LH Main landing gear would not extend using normal system. Up-lock actuating screw sheared, preventing the ram from being able to lift the up-lock off the pin to allow the main landing gear to extend. The screw had worn a small recess in the actuating ram until the recess/step was sufficient to catch and snap the actuating screw when main landing gear ram retracted. The ram and adjusting screw have been replaced. The up-lock adjustment has been set so that the screw does not rest on the ram in service but the ram can still lift the lock clear of the latch pin.

CESSNA 208–ATA 2720 RUDDER CONTROL SYSTEM–RUDDER–OUT OF BALANCE. DR 611750023
While attempting to statically balance the rudder, after repairs and repaint, it was found to be grossly under balanced. (Requiring weight to be added the mass balance weight) The mass balance weight was already at the max allowable weight and the rudder had no additional material added. The rudder and balancing procedure were thoroughly examined and it was noted that the rudder had multiple layers of paint. Paint was removed from the trailing edge of the rudder which resulted in the rudder becoming more balanced. It was concluded that the rudder had too much paint on it making it too trailing edge heavy. The rudder was stripped to bare metal and the balancing procedure attempted with favourable results. The rudder was treated, painted and balanced successfully IAW the aircraft manufacturers instructions.