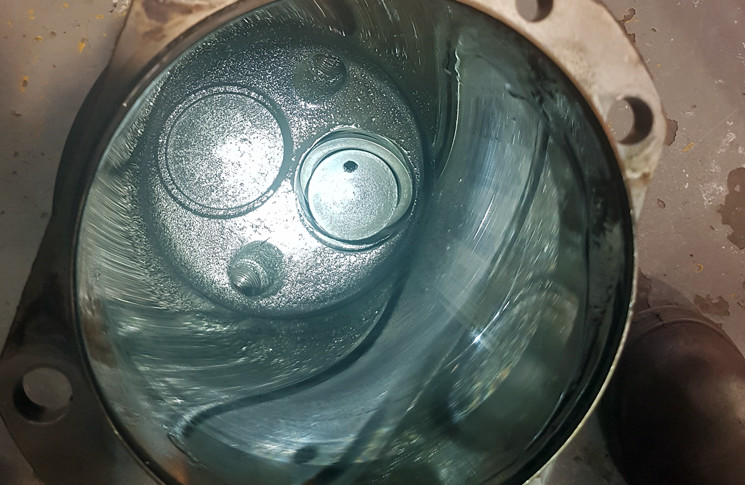 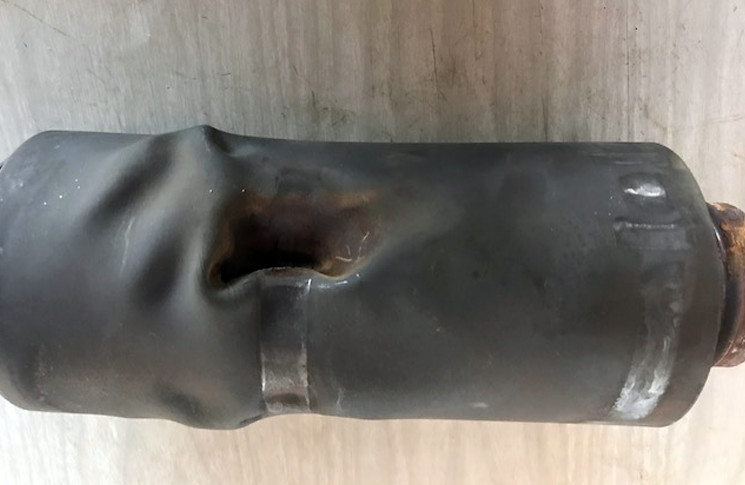 Heat buckling that caused a hole in the muffler. Age and heat could be two possible contributory factors. Parts replaced.

Pilot shut down engine with a sudden stop. Main bearing found seized with no metal contamination found at any inspection to this point. Engine replaced.

During engine run up–oil pressure dropped to below 40PSI. Root cause unknown at this time. Replace engine.

Engine found to be lagging behind other engine going to full power. Fault found to be with defective absolute controller. Overhauled controller fitted, ground run carried out, defect rectified.

Minor oil leak detected. Defect was traced to a crack below # 1 cylinder using dye penetrant inspection. Engine would be replaced.

Engine suspected of having defective bush fitted. At inspection, cylinders were removed to check the bushes. No 5 cylinder was found to have a loose bush. Bush was able to be removed by hand pressure. Bush replaced.

Engine oil pressure light was illuminated in flight. During the course of troubleshooting, lower bearing, big end and main bearings were excessively worn.