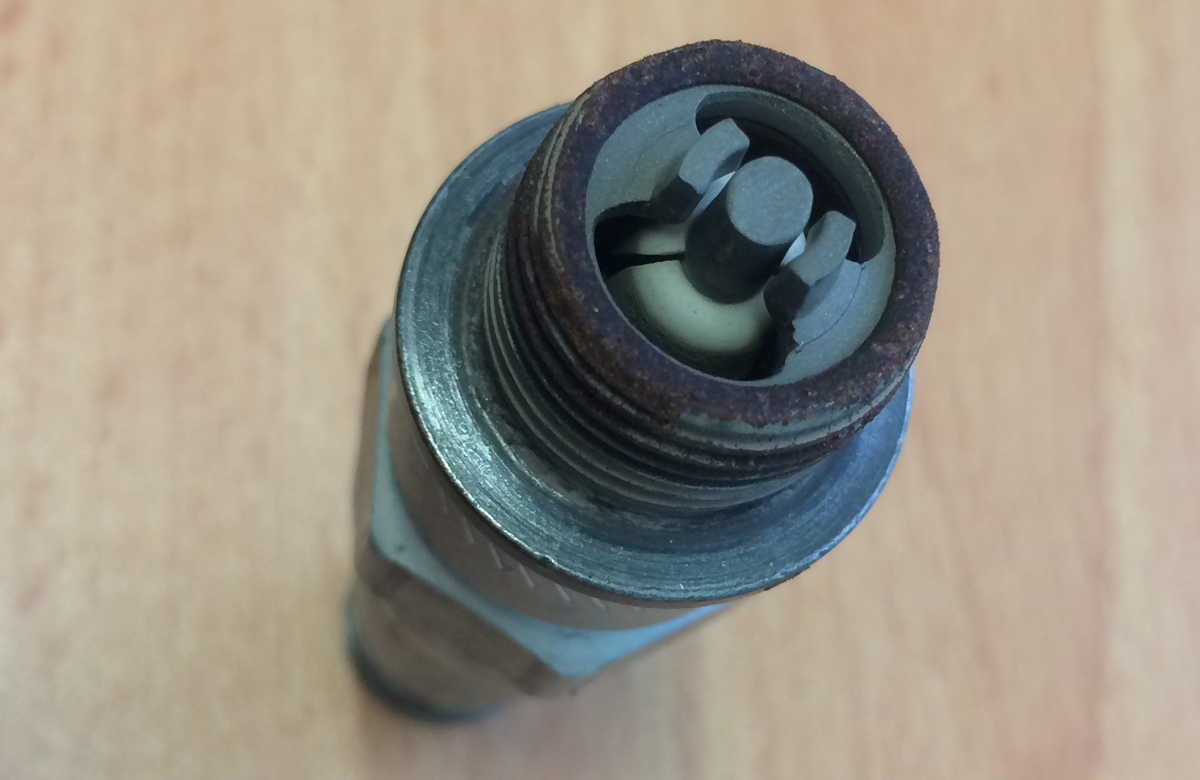 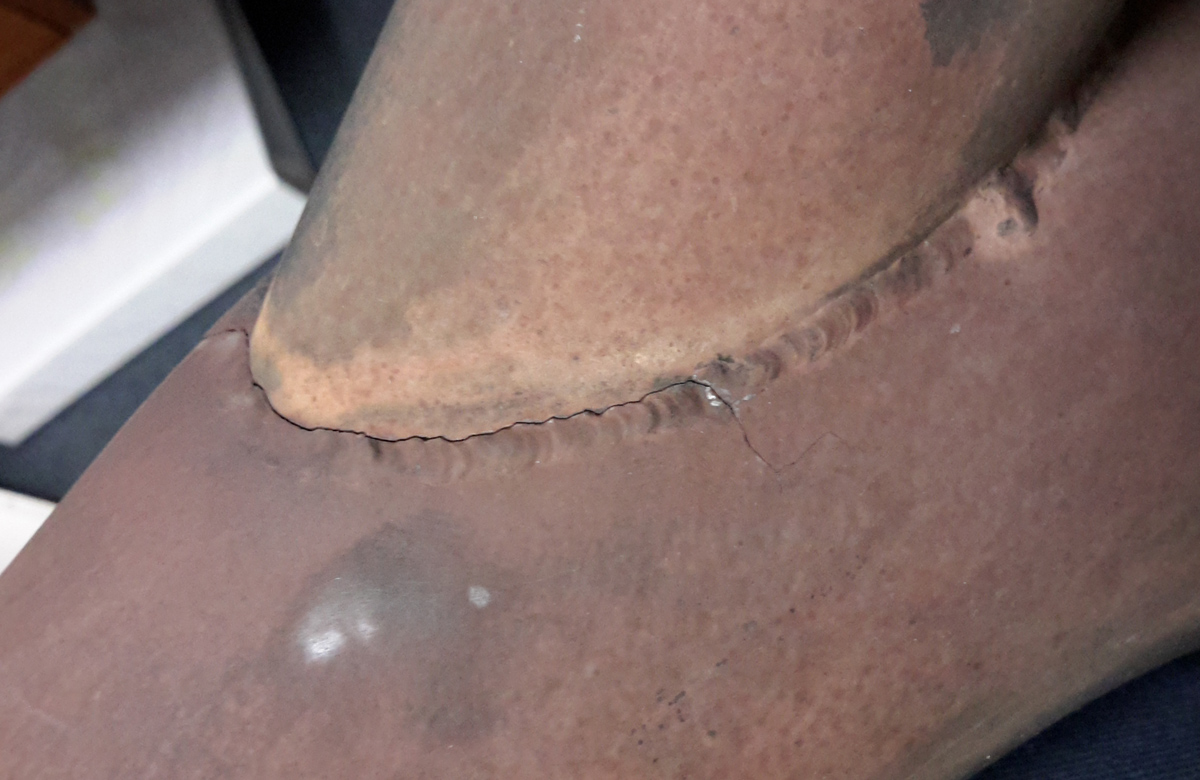 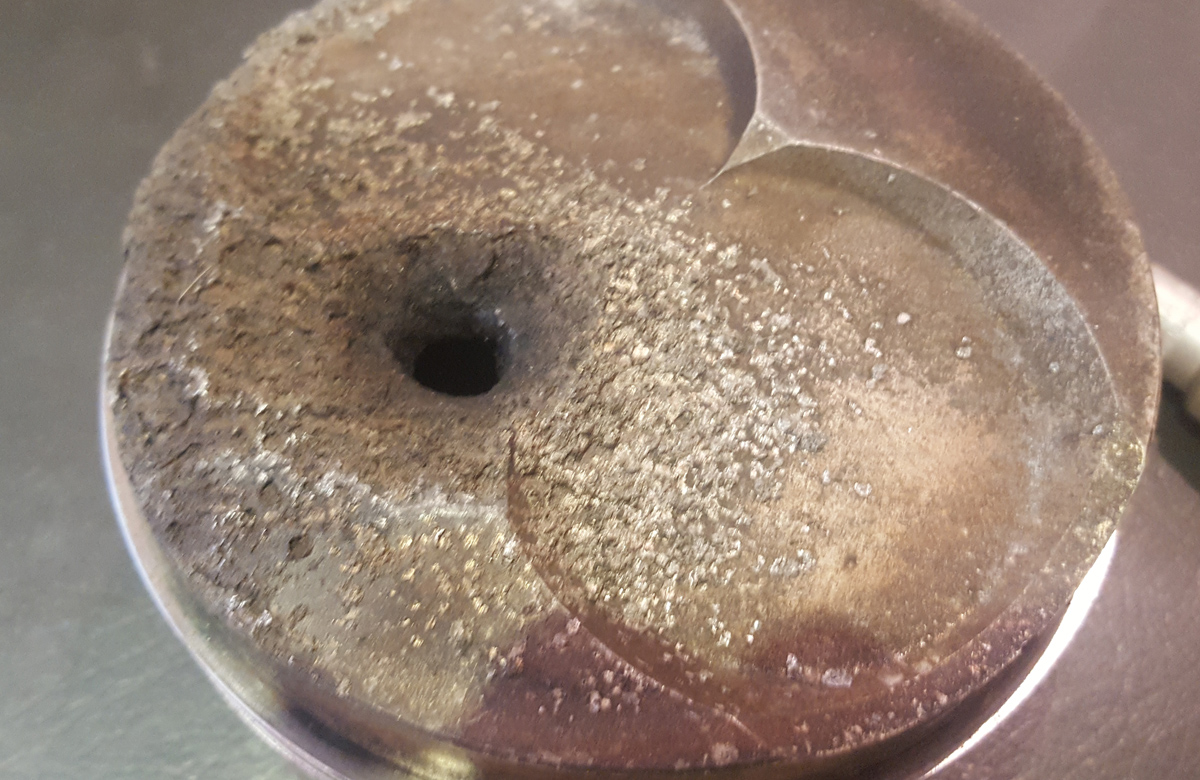 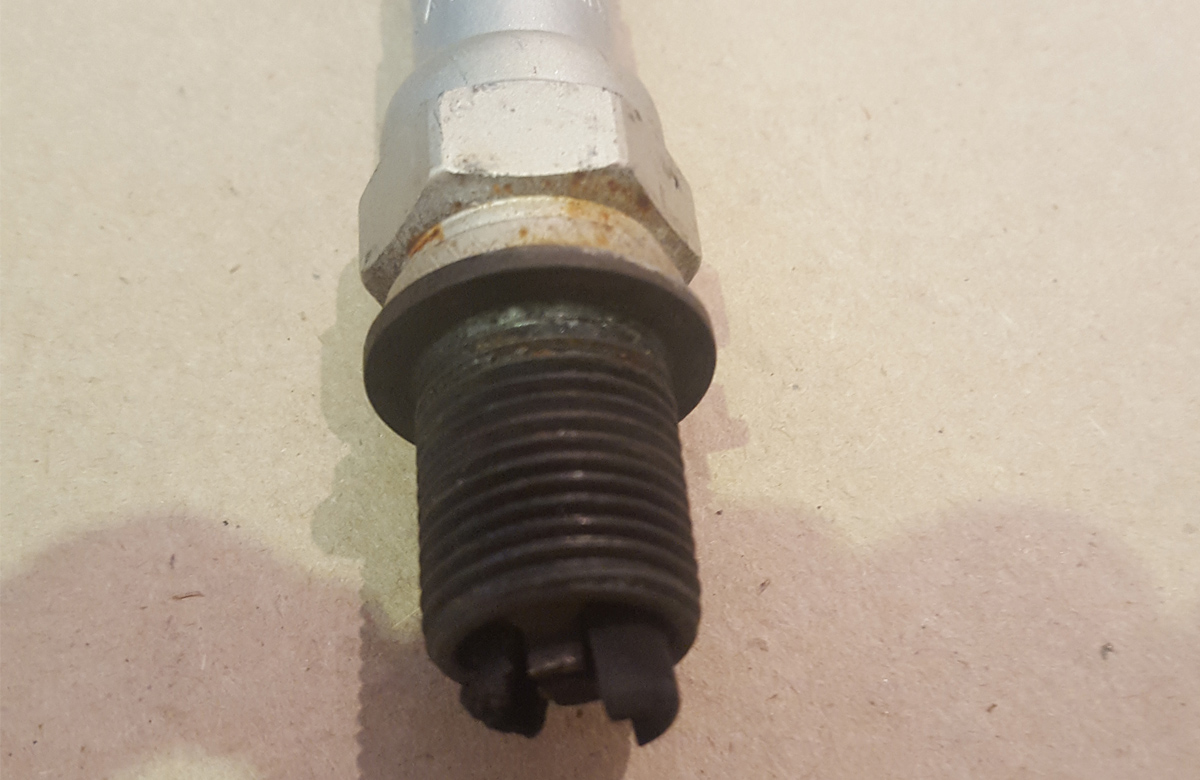 LYCOMING IO540–ATA 7421 SPARK PLUG/IGNITER–SPARK PLUG–Ceramic broke. DR 611851388 (photo above)
In cruise, pilot noticed a drop in oil pressure. An oily mist was seen at the back of the engine as well. Engine was shut down and landing made. During troubleshooting, # 6 cylinder was found to have no compression. A burnt hole was observed in the piston head. Top spark plug ceramic was noted to be split and protruding down into the cylinder pointing to the hole in the piston. Moreover, there were fine pieces of metal in the filter. New cylinder kit installed.